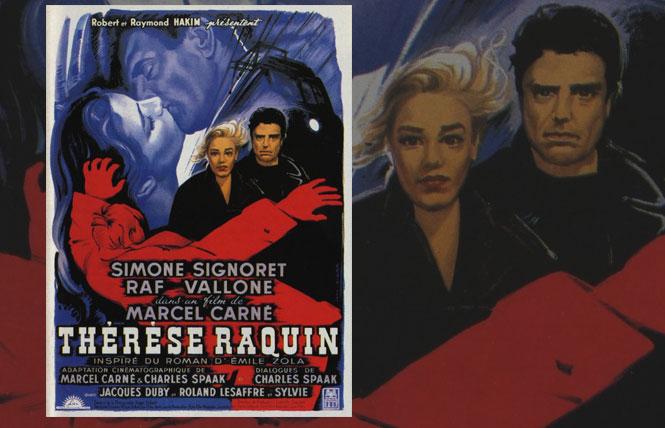 It would seem to defy the laws of probability that there could still be undiscovered gems in the vaults of Film Noir, or that the insatiable audience appetite for the dark shadowy genre remains abated, but here comes the fifth iteration of the immensely popular series "The French Had a Name for It," screening at the Roxie, Nov. 15-21. 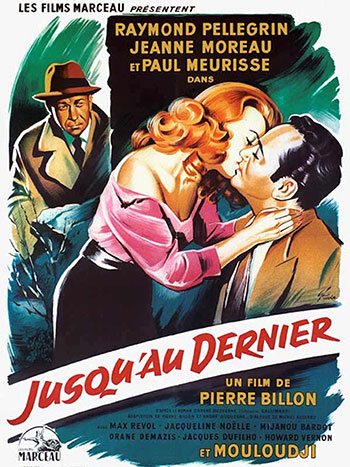 Although both American and French Noir teem with wicked, smoldering women and Machiavellian, black-hearted men on their way down or out of town, the focus of this series is a mostly unknown canon its programmer, Don Malcolm, calls "a lost continent of French Noir (close to 600 works) hidden in plain sight for nearly a half-century." The films are characterized by class consciousness, sexual frankness, cynicism in some cases exacerbated by the German occupation and WWII, and the early use of unconventional leading men or "monstres sacres" like Louis Jouvet, Michel Simon and Pierre Brasseur, whose forceful, eccentric personalities were more persuasive than their looks. Brasseur appears in three of the 20 tasty movies on a program that includes a double dose of the remote, reliably sultry Jeanne Moreau, circa 1957, and Jean Gabin in his late-career, eminence gris phase. All were made in the 1950s, an era when, according to Malcolm, "French Noir got its fingernails dirty, and covered a wider range of themes than in any other decade in any other country," reaching its peak just as American Noir was beginning to wane.

Don't expect to find the likes of Henri-Georges Clouzot and Jean-Pierre Melville, or yet another restoration of "Rififi" here. Most of the 17 mercurial directors whose works he has rescued from oblivion "are as unjustly obscure as their films," said Malcolm. 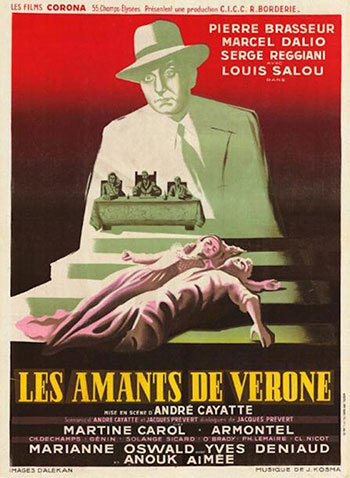 That description doesn't truly apply to Marcel Carne, who came off the bench after a dry spell following his 1945 tour de force "Les Enfants du Paradis" to direct "Therese Raquin." His adaptation of Emile Zola's 1868 novel of the same name tops an opening-night double bill with a tagline intoning, "Husbands Beware!" because after all, there's nothing quite as French as adultery. The not-to-be-trifled-with Simone Signoret plays the thwarted adulteress in the tale of a bourgeois woman whose plans to jettison her ailing husband and domineering mother-in-law for a happier life with her lover (Raf Vallone) are threatened by a sinister blackmailer with a propensity for nasty mind games. The screening is followed by "A Man Walks in the City," a sober, unsentimental movie from across the economic divide that Malcolm has dubbed "rubble noir." Trapped in a moribund marriage, a desperate, love-starved, working-class wife subsisting in the bleak, bomb-scarred port of Le Havre seeks release and affection from a friend of her husband. So far, so sad, until the husband in question is suddenly killed and the affair is exposed.

The perils of coupling, from fatally flawed marriages to doomed romance that can be lethal or bad for your health, are staples of noir. A pair of 1949 films dips into romantic fatalism, presaging the style and themes that would dominate the 1950s. Miss Paris of 1930, the exotic-looking actress Viviane Romance, also known as "the slut goddess of French cinema," stars in "Maya," an exercise in poetic anguish, which she also produced. Tired of being typecast as the object of desire in numerous melodramas and noirs, she got a chance to test her chops as an ill-fated beauty forced to walk the streets and sell her body in a seaside town. She meets and falls in love with a sailor, but will she be able to escape her past? It's shown with "The Lovers of Verona," a "Romeo & Juliet"-inspired saga of betrayal and star-crossed young lovers featuring a beautiful 16-year-old Anouk Aimee, who would by 1966 achieve international fame in "A Man and a Woman."

In "Sinners of Paris," a volatile, over-the-hill gangster with only a few months to live makes a violent escape from the hospital, alarming criminals and cops alike. Michel Piccoli is the unlucky detective assigned to track him down. The 1958 film, regarded as the pinnacle of his late-1950s work, marked the return of director Pierre Chenal. A veteran of taut French noir of the 30s, he was behind the gritty "Le Dernier Tournant" (1939), the first and probably least-known screen adaptation of James M. Cain's potboiler "The Postman Always Rings Twice," which was released seven years before the American version. Soon after scoring that coup, Chenal was forced to flee the Nazis, and languished in exile for the next two decades.

Offering a ringside seat to the off-screen and on-screen meltdown of a productive partnership, "Double Agents" stars Marina Vlady playing opposite her then-real-life husband, actor-writer-director Robert Hossein, in one of the four films they made together. Their tumultuous marriage is refracted through the lens of this WWII espionage thriller about two spies irresistibly, violently drawn to one another against their better judgment, an allegory of love and treachery Hossein once called "a monument to a magnificent ruin." Vivre l'amour!

"The French Had a Name for It 5," Roxie Theater, Nov. 15-21.
www.roxie.com
www.midcenturyproductions.com