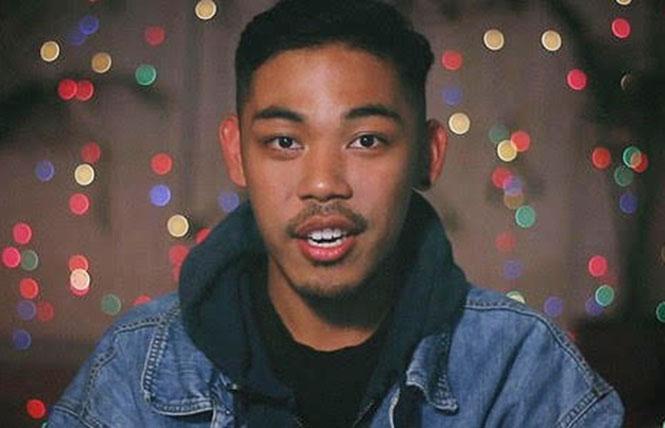 Presenting the 2nd Cinematografo International Film Festival. This Asian American-themed event presents an array of films and videos, many with LGBTQ content, unspooling between Nov. 8-11 at the AMC Kabuki 8 Cinemas in San Francisco. Capsule reviews of some of the LGBTQ content follow.

"In this Family" Director Drama del Rosario dramatizes his experience of coming out in a conservative Catholic Filipino family, at first painful, then funny. Illustrating with family photos and a witty direct address to the camera, del Rosario describes how his once rabidly homophobic dad had a startling change of heart, an act of grace that also benefited his lesbian sister. (Plays with Shorts program, Kabuki, 11/10.)

"Bitter Melon" SF's own queer cinema poet H.P. Mendoza delivers a gem of a pitch-perfect, truly black comedy. This "I'll be home for Christmas" family dramedy spells out why you might want to make other plans when your clan invites you home for the holidays.

In Daly City, family members gather for a Christmas party where a lot of stuff goes down. Everyone seems to have a grievance, and nobody wants to call the cops. The drama centers on a bitter sibling clash between the now-openly gay Declan (Jon Norman Schneider), visiting from back east, and the brash, emotionally volatile and sometimes violent Troy (Patrick Epino). Both brothers suffered under the rule of a violently abusive Muni-bus-driving dad who may or may not be totally in the family's rearview mirror.

As family members ponder whether everybody turns into their parents, Declan suggests a violent solution to the family's problems with the brutal Troy. The film includes a scene where Declan has a quick fling with a handsome bar pickup. But be sure to stay in your seat to the bitter end to catch some last-minute developments in this modern Bay Area family classic. (Kabuki, 11/11) 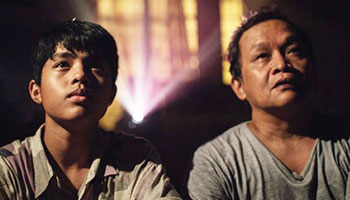 "Call Her Ganda" A probe into the murder of a Filipina transwoman is the subject of this moving bio-doc from director P.J. Ravel. Ganda, meaning "Beauty," was the nickname Jeffery, then Jennifer Laude carried into her adult life, right up to the moment she was murdered by an American Marine after the pair met at a nightclub.

The filmmakers use the incendiary case as the jumping-off point for examining the imperialist relationship between the U.S. and the Philippines dating back to the Spanish American War (1898), when American forces defeated Spain. Warning for graphic images of the murdered transwoman. (Kabuki, 11/10, followed by panel discussion)

"Dory" The first-person tale of a 101-year-old transwoman hairdresser (1916-2017) who outlived her family, salon employees and everyone else she'd ever cared about. We observe Dory at 101, still providing hair care services to an aging clientele. The film shows a trans woman in her last days (Dory died just after the filming) who could proudly say, "I was never ashamed of being gay." In her final days, Dory is looked after by an aging but much younger group of female restaurant workers. It's a great tribute to aging with pride and dignity. (Kabuki, 11/11, shorts program)