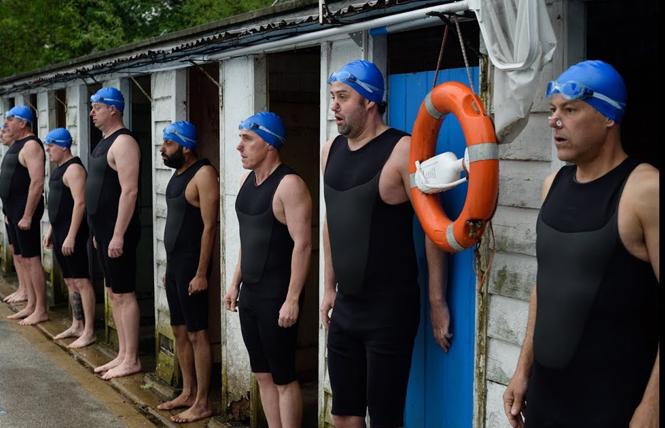 "Swimming with Men" UK director Oliver Parker pokes around the flabby despair of a small group of middle-aged British men who form a synchronized swimming squad not only to drop some pounds but also to lift their sagging spirits. In a sly homage to another parody film ("Fight Club"), one of the guys warns, "No one talks about Swim Club." One timid dad tells his red-haired, nonplussed teen son, "I want you to be proud of me." Starring former Merchant/Ivory star Rupert Graves ("Maurice"), Jim Carter and Thomas Turgoose. (Sequoia, 10/12) 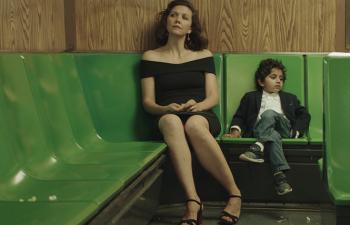 Maggie Gyllenhaal (left) in a scene from director Sara Colangelo's

"The Kindergarten Teacher" Maggie Gyllenhaal plays an especially brave public school teacher whose earnest attempts to nurture an extremely bright pupil go seriously awry. The able actor, who first moved out from under her high-flying brother Jake's shadow with her electrifying performance in the 2001 dark comedy "The Secretary," will appear for a post-film chat at the Smith Rafael Center following the 10/12 screening.

"Lemonade" A Romanian nurse discovers the underbelly of the American immigration wars as she tries to build a better life for herself and her young son. Ioana Uricaru's drama, in English and Romanian with English subtitles, will remind some festivalgoers of the recent Romanian New Wave, comedies and dramas revealing the oddities of life behind the old Communist-era Iron Curtain. (Larkspur, 10/12; Rafael, 10/14)

"Maria by Callas" Anyone who recalls a parent tuning into the 50s-era, Texaco-sponsored Metropolitan Opera broadcasts from New York, anyone who is entranced by the magic of a soprano voice reaching sublime heights of emotion, and anyone who just relishes the modern artform of film bio-pics won't want to miss Tom Volf's impassioned examination of Callas, lifted from recorded chats. She covers the waterfront from professional struggles to intimate private affairs. (Rafael,10/11, 14)

"Too Late to Die Young" Chilean filmmaker Dominga Sotomayor Castillo explores the burgeoning sexuality of 16-year-old Sofia, a girl attempting to bloom in a bohemian enclave outside of Santiago. (Rafael, 10/12)

"Viper Club" Hollywood vet Susan Sarandon, building on her resume of quirky independent films ("The Rocky Horror Picture Show," "Bull Durham," "Iggy Goes Down"), returns with a powerful story of a mother desperate to save a son held for ransom in an Islamic state. (Rafael, 10/13; Lark, 10/14)

"Weed the People" Just when you thought there was nothing remaining to say about marijuana, docmaker Abby Epstein brings us the stories of cancer patients and their families struggling against cruel, archaic laws and the stated aim of Attorney General Jeff Sessions to roll back marijuana reform laws in California and other states. (Sequoia, 10/12, 13)