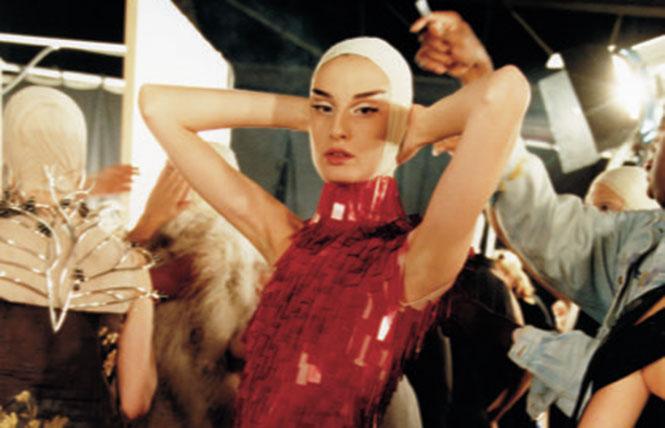 At 40, Alexander McQueen, the rule-breaking, barn-burning, sacred-cow-goring British fashion designer, seemed to be a man on top of the world. But in 2010, at the height of his fame and creative powers in a field he loved, he took his own life.

Drawing on history, myth, fine art and movies such as "Taxi Driver" and "The Shining," his anarchic celebrations of 1990s youth culture wedded raw and rude extremes to superb tailoring, sublime silhouettes, and technology, producing clothes hailed - or pilloried - as the kinkiest, most fetishistic ever to hit the catwalk. Likewise, his theatrical runway shows were a collision of beauty and violence, ecstasy and sabotage. Inspired by his Scottish heritage and Patrick Suskind's novel "Perfume: The Story of a Murderer," his controversial 1995 Highland Rape collection, in which dazed models in ripped clothes stumbled down the runway, pushed the taboo button big-time, scandalizing the fashion world and the press who labeled it a crime scene, a sick joke and exploitative. But the headlines put him on the map. With his street cred and outsider status, the shock-and-awe enfant terrible was off to the races, rising to the top, and a fashion rock star by the age of 25. 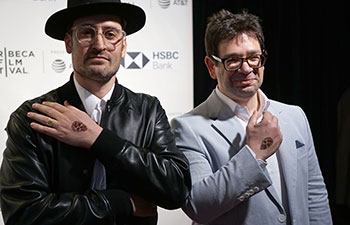 At the aptly titled "It's a Jungle Out There," a 1997 spectacle a NYT critic compared to the Island of Dr. Moreau, feral models skulked around in animal skins with horns protruding from their shoulders while the rowdy crowd outside, unable to enter, stormed the barricades and set cars on fire. "My shows are about sex, drugs and rock-n-roll," McQueen said. "I want heart attacks. I want ambulances." The appetite for heart attacks and ambulances apparently extended to the over-one-million visitors to "Savage Beauty," a wildly popular, posthumous museum retrospective on both sides of the pond several years ago.

But some of McQueen's designs, while deliciously outrageous, were impossible to wear. Try going out on the town with a prehistoric reptilian spine attached to your back, or better yet, running for the bus in a pair of cruel ankle boots with six-inch heels, studded and shaped like exaggerated ballet shoes permanently en pointe. But it was the fine line between chaos and control that made his fashions exhilarating.

The same could be said of McQueen's life, which, towards the end, was going off the rails between a grueling schedule, plentiful cocaine fueling his paranoia and deeply embedded insecurity, and rumors he was HIV+. His darkness, perhaps related to the unresolved trauma of childhood abuse, and how his emotional autobiography expressed itself through his collections, are the focus of "McQueen," a handsomely produced, unconventional documentary that's a fitting tribute to its innovative subject. Filmmakers Ian Bonhote, who has compared McQueen to Mozart, and writer-co-director Peter Ettedgui, who wrote the equally unorthodox doc "Listen to Marlon," structured their film like a play, dividing it into five chapters or acts. Each is named after a collection and reflects vital moments in McQueen's personal story, and clues to the fragile psyche that gave rise to his artistry.

"We want people to go on the emotional journey he went on, to experience his fast trajectory, a life that was lived at 1,000 miles per hour," said Ettedgui in a recent interview. 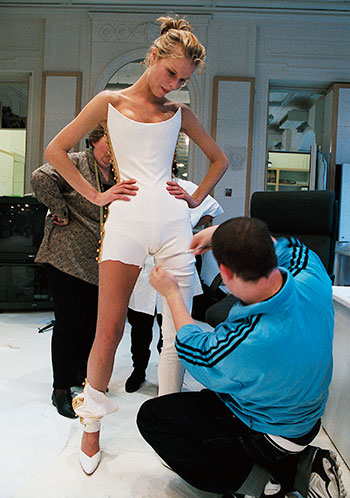 "He had a kind of rock-and-roll lifestyle, and many tabloid biographies have dwelled on the details of his sex life and drug habits, etc.," added Bonhote. "It was time to do something that presents him in a less sensationalistic way, and looks at his life through the lens of his work. He had an extraordinary level of craft. There aren't many fashion designers who've mastered every single phase, from design to the finished piece, or could produce an entire collection with his own hand."

Steering away from celebrity talking heads, they interviewed McQueen's friends, bereft family members to whom he had been very close, and remarkably candid artistic collaborators such as former assistant Sebastian Pons, who shared the wild ride with McQueen and witnessed his deconstruction. The commentary is expertly integrated with dazzling cinematic visuals from his shows, archival footage, and grainy, "lost" interviews with McQueen. A lush Michael Nyman score and interstitial hallucinatory images of a skull, a signature McQueen motif, contribute to a mood and aesthetics that elevate the film well above the standard biographical doc.

The gay son of a supportive mother and a cab driver who wanted him to become a mechanic, McQueen quit school at 16. Lee to his intimates - he later adopted Alexander, his middle name, for his brand - he was a rotund working-class kid from the East End who looked like a skinhead in an industry that smiles upon the stylish and super-thin. But the boy could sew and tailor like no one else. After apprenticing on London's prestigious Savile Row, he landed a coveted job at Romeo Gigli's studio in Italy. By 1996, he was creative director of Givenchy in Paris, and developing his own line. The pressure eventually proved too much, and the fault lines began to show. One moment he was jovial, the next a narcissistic tyrant abusing his devoted staff and cutting off associates like mentor and soulmate Isabella Blow, who, diagnosed with terminal cancer, drank poison; her suicide sent him reeling. Plagued by demons and falling prey to the body-image dysfunction perpetuated by his industry, he underwent liposuction and gastric surgery, emerging cut and buff, a world away from the poor chubby kid he used to be. It was a sign, his friends say, that he was unraveling.

"Voss," a profoundly disturbing blast of macabre fashion theater staged in an old bus depot, was also a warning shot. A foray into decay and bedlam set inside an imaginary madhouse with bandaged models wandering about, it included a tableau with a naked, full-figured woman in an iron gas mask. Slumped on a chair with heavy tubes inserted into her body and covered in moths, she was displayed in a glass cube that shattered at the climax of a show one participant likened to a cross between Kubrick's "2001" and an insane asylum. The latter destination was where McQueen sensed he was heading if he couldn't stop his world and get off. Less than a decade later, depleted, empty, alone and inconsolable after losing his mother, he hung himself on the eve of her funeral.

Skillfully avoiding the tortured-genius cliché, "McQueen" constructs an artful, art-filled portrait of an enormously creative man whose center could not hold.