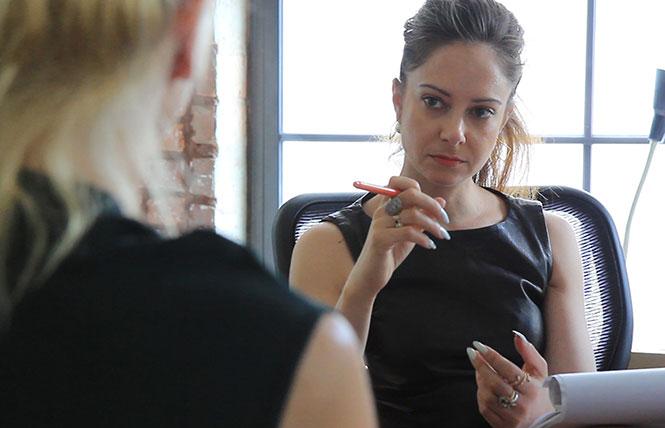 As part of a special initiative supported by the Academy of Motion Picture Arts and Sciences in the wake of the #MeToo and Time's Up movements, the San Francisco Jewish Film Festival will screen two films and will hold a panel discussion focusing on women behind and in front of the lens who are revolutionizing the way women are presented in film. The films and panel discussion are part of the 38th annual festival, held July 19-Aug. 5 at the Castro Theatre and other venues in the Bay Area.

The SFJFF section devoted to women, dubbed "Hands On/Hands Off: Anatomy of a Feminist Film Movement," will feature two contemporary documentaries that showcase the voices of feminist directors. Director Cynthia Lowen's new film "Netizens" profiles three women who were victims of online harassment. Nancy Schwartzman's "Roll Red Roll" uncovers evidence on social media documenting the assault of a teenage girl by members of an Ohio high school football team. Lowen and Schwartzman will be among the speakers at a feminist film panel, which is free, held at the Castro Theatre on Sat., July 28, at 2:30 p.m., immediately after the screening of "Roll Red Roll."

In telephone interviews with the Bay Area Reporter, directors Lowen and Schwartzman discussed their new films. "Netizens" filmmaker Lowen, who wrote and produced the 2012 documentary "Bully," which followed five kids and families through "a year in the life" of America's bullying crisis, said the new film followed the experiences of women who were targets of harassment, and interviewed lawyers, advocates, policymakers, and others who are fighting for online justice.

"Cyber harassment has had horrifying repercussions on these women's lives," said Lowen. "From lost jobs, damaged reputations, offline harassment and stalking, these women paid a high price and spent a huge amount of time pursuing justice."

The film portrays the "new generation" of attorneys, advocates, technologists and policymakers who are now challenging the rampant online abuse, said Lowen. The subjects of "Netizens" are Carrie Goldberg, an internet privacy attorney; Anita Sarkeesian, creator of the YouTube series "Tropes vs. Women in Video Games"; and Tina Reine, a financial trader whose career was derailed by a vicious campaign of cyber harassment.

"Our team chose these people on the front lines who stood up and said we don't have to accept online harassment as 'normal,' and who demanded that our leaders support justice" for victims, said Lowen. She said the film took two-and-a-half years to produce, from the time she first began research until it premiered at Tribeca this year.

Lowen said she believes the film industry has "really started to confront gender inequality" in movie-making. "For me," she said, "it was important that this film not be just about women, but made by women who are represented at every level of production and post-production."

Lowen pointed out that her earlier film "Bully" was acquired by The Weinstein Company in 2012, immediately after its premiere at the Tribeca Film Festival. The company was founded by Harvey Weinstein, recently accused of bullying and harassing dozens of women in the film industry. "The irony didn't escape me," said Lowen, who had met with Weinstein during negotiations years before the accusations were made public. 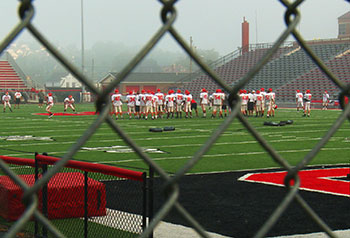 Nancy Schwartzman's film "Roll Red Roll" takes place in the Rust Belt town of Steubenville, Ohio, in 2012, where the sexual assault of an unconscious young girl went viral on social media after the members of the local high school football team who raped and assaulted her filmed the attack.

First-time director Schwartzman said her "entry point" into research on the incident began after she read about the case in The New York Times and subsequently connected with an Ohio crime blogger, Alexandria Goddard, who uncovered the crime after she scoured the social media of team players and discovered many of them were involved in the attack, either as perpetrators or bystanders.

The film delves into the role social media played in the crime, as well as interviews with law enforcement, and the ensuing court case, which convicted two boys of rape, one sentenced to at least two years in the state juvenile system, the other at least one year. In our interview with Schwartzman, she emphasized that the film "kept the lens squarely on the rape culture" in society, which "clearly contributed to the incident" and the aftermath.

Schwartzman said her "initial thought" about the incident was that although crimes like this take place "everywhere," the recent popularity of social media "allowed us to take a look at how young men are talking about this online, as if it were their own private communication." A "biased" article in The New Yorker about the case "seemed to minimize" what was going on in Steubenville, and "made me want to learn more about what happened," said Schwartzman.

Making the film was "a balancing act," she said. "It was very complicated to try to look at the rape culture in society while at the same time telling a story that unfolds like a crime narrative."

Screenings at festivals, including Tribeca in New York City and Hot Docs in Nantucket, have been "amazing," said Schwartzman. "It's been an incredible opportunity for us to share with audiences the resonant moment of centering boys and men in the conversation" about rape culture.

We are presenting "a new perspective on how this issue gets talked about by focusing on the perpetrators and bystanders," she said. "Of course we are thrilled to be bringing the film to San Francisco, where audiences are typically very engaged."

Following the festival circuit, Schwartzman said she hopes the film will have wide commercial release, including theatres and television, along with an educational campaign geared to athletes and coaches that will focus on prevention and intervention of violence against women.

Tickets for both films, which are $11-$15, as well as the panel discussion (free, but requires a ticket) are available at https://jfi.org/sfjff-2018/tickets-and-passes.