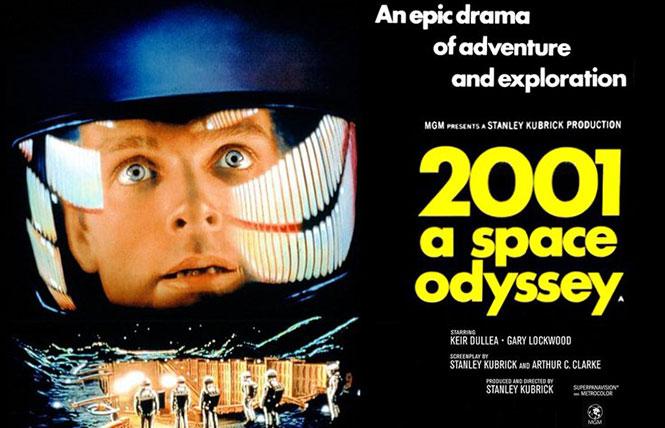 While the bulk of June (14-24) at the Castro Theatre is devoted to Frameline 42, the 2018 edition of the San Francisco LGBTQ Film Festival, regular rep has its innings with encore screenings of some audience faves.

"2001: A Space Odyssey" (1968) It's rare that a 50-year-old film can generate buzz with the grandkids of the generation that once greeted it as cinema head-trip. This Stanley Kubrick gem (screenplay by Arthur C. Clarke) was a decade-defining spectacle for folks who had heard a young president (JFK) promise that Americans would reach the moon by 1969.

Kubrick daringly begins with cavemen fighting over bones. An act of violence dominates the first act, climaxing with an abrupt segue to a 21st-century space station. most of whose crew is in hibernation to save on power. The cast is headed by two stolid figures, astronauts Keir Dullea and Gary Lockwood, who meet their match in the scene-stealing ship's computer, HAL (the voice of a spooky calm Douglas Rain: "I'm afraid I can't do that, Dave.") Even the intermission, a standard feature in widescreen Oscar-bait features, is beautifully timed, as we wonder whether robotic-acting humans can put one over on a diabolically inclined machine. (6/7-13)

"Sing-Along Sound of Music" (1965) The hills are truly alive in this Robert Wise-directed, Julie Andrews-starring Rodgers and Hammerstein musical based on the real-life experiences of the Austrian-raised Von Trapp clan, who fled Nazi terror through the Swiss mountains in 1938. (6/29-7/2; 7/5-6)

The Roxie Theater has been in the indie film business since 1909. June begins with the theater screening SF DocFest. From 6/15-23, the Roxie joins the Castro and the Victoria as a venue for Frameline 42. Meanwhile the Roxie uses its second screen for a zesty selection of offbeat features.

"Nossa Chape" The Zimbalist Brothers track the reconstruction of a Brazilian soccer club after all but three members were killed in a 2016 plane crash. (6/15)

"The Doctor from India" This doc traces the attempt by a health crusader to introduce an experimental India healthcare system to the U.S. (6/16-17, 23)

"On the Seventh Day" Indie filmmaker Jim McKay's feature is about a man who divides his life between food delivery and soccer. (6/22-26) 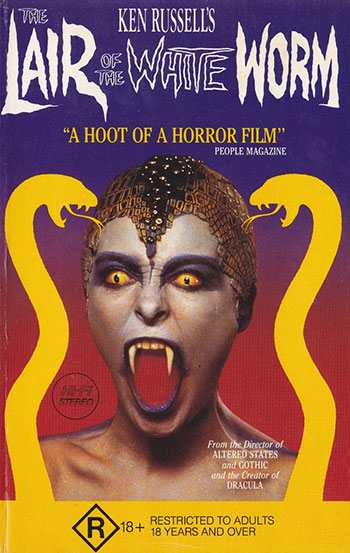 "The Lair of the White Worm" (1988): When he was good, he was very, very good. Eccentric British filmmaker Ken Russell brings a Bram Stoker ("Dracula") novel to the screen. The story begins when scientists unearth an old skull shaped like a worm. From there, things get really crazy. A great cast: Hugh Grant, Amanda Donohoe, Peter Capaldi and Paul Brooke. (6/24)

"To a More Perfect Union: US v Windsor" The case that allowed LGBTQ survivors to collect Federal benefits after the death of their worker spouse partner is examined. (6/25)

"The Pink Panther" The cartoon character who began his life as a title-sequence character for the immortal Peter Sellers goofy French cop series.

"The Ladies Almanack" A collection of Super 8 films documenting lesbian literary writing from Paris in the 1920s. Screening followed by Q&A. (both 6/30)