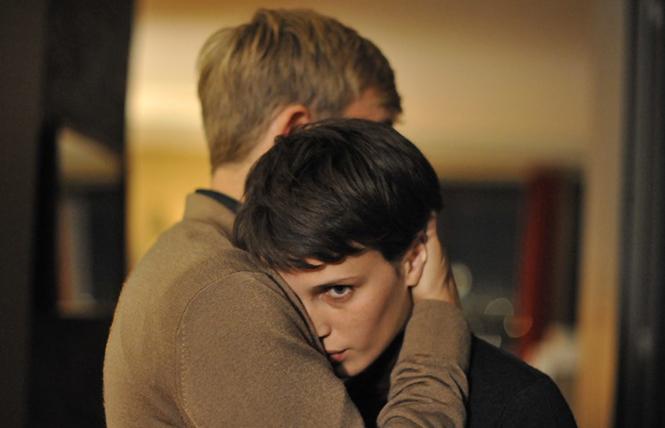 One of the film's many tricks is to introduce its young heroine as a patient of a handsome boyish shrink, Dr. Paul Meyer, played by the still shockingly handsome Jeremie Renier, the Belgian-born actor who made a disturbing appearance for Ozon in the erotic thriller "Criminal Lovers." Ozon sends Chloe to Dr. Meyer, where she describes her problem. "I am 25 years old, and I live alone. Well, not totally alone, I have my cat, Milo. I am currently looking for a job, and it's not easy. I feel stressed, and I say the opposite of what I mean, and I do everything wrong." Then the young woman explains that she has a pain.

Chloe: "In my stomach." Then, the film's psychological lynchpin: "Once you speak, when you look at me that way, I feel I exist."

The film allows us to temporarily climb onto the coach for a vicarious bout of cheap therapy. Ozon uses the narrative device of the young woman's therapy sessions as a window into a psychological thriller that may feel a cheat to some viewers. Chloe tells Dr. Meyer that she was dissatisfied with her success as a high-priced Parisian fashion model, that her severe and persistent abdominal pains are due to a psychosomatic disorder.

"Double Lover" depends for its success partly on Ozon's speeding up of normal patient-shrink transference so that the two immediately surrender to the strong mutual sexual attraction between them, making it impossible to continue with therapy. Soon the passionate lovers will move in together, and Paul's cloudy past will convince Chloe that there's more to this sexy therapist than first appeared.

How much you buy into this wild ride depends on your enjoyment of Renier's performance. As in the controversial "Criminal Lovers," can this sexy trickster be trusted? Born in 1981 in Brussels, Renier has an impressive film resume, ranging from Martin McDonagh's "In Bruges" (2008) to a turn as the flamboyant fashion designer in "Saint Laurent" (2014). Perhaps one reason he's so slyly good as Dr. Meyer is that both of his parents were osteopaths.

This tricky sleight-of-hand reminds us that movies have always been a guilty pleasure. Go see "Double Lovers" with a healthy dose of skepticism and a large box of Milk Duds. Afterwards, rent "Criminal Lovers" to see how good Ozon is as a cinema provocateur, trickster and grand entertainer. Opens Friday.