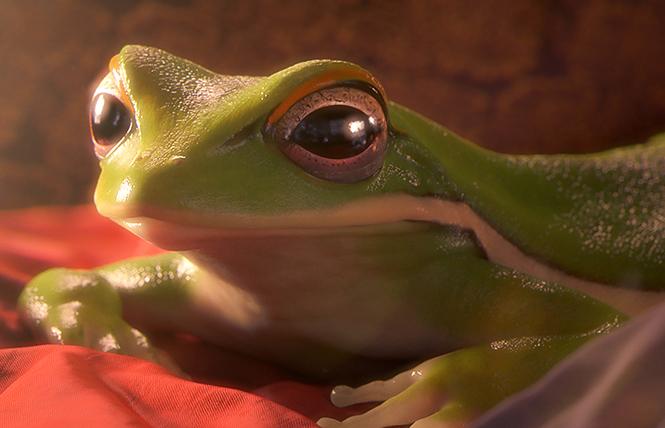 Again this year Landmark Theatres is offering audiences a chance to see the new Academy Award nominees in the categories of Best Animated & Best Live Action Short Films. Out There went to screenings of both programs to prep ourselves for the 90th Academy Awards show, broadcast live on ABC from the Dolby Theatre in Hollywood on Sun., March 4.

A major advisory: If you're looking for light fare, you'll be 80% out of luck attending the Live Action Shorts program, as four out of five entries are rather sober-minded affairs, if not outright depressing. We could feel a shudder going through the theater when it became apparent that the first short on the program, DeKalb Elementary (director Reed Van Dyk, USA), was about a school shooting. It was only a few days after the latest real-life school massacre in America, and none of us were in the mood to revisit the scenario. But this short, although based on a real event, has a rare happy ending. Not so back in the real world. 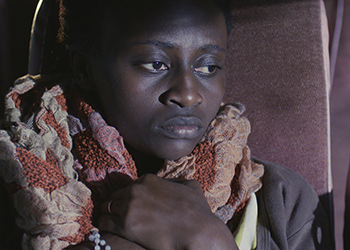 Still from "Watu Wote" ("All of Us,") directors Katja Benrath and Tobias Rosen, part of the Best Live Action Shorts program. Photo: ShortsTV

The Silent Child (Chris Overton and Rachel Shenton, UK) is an advocacy film calling for the right kind of attention to be devoted to deaf children in public schools. Although rather a stark morality tale, the short has enough humanity and empathy in it to engage our attention.

My Nephew Emmett (Kevin Wilson, Jr., USA) is a dramatization of the true events leading up to the 1955 murder of the black teenager Emmett Till in the Deep South by deeply racist bigots ironically charged with keeping the peace. Shocking, infuriating, and a part of American history that we all should know.

Watu Wote (All of Us) (Katja Benrath and Tobias Rosen, Germany) is another harrowing true story, told from the point of view of a Christian woman whose life is in danger during an attack by Al-Shabaab terrorists on a bus traversing the border between Kenya and Somalia.

After so much strife and wanton violence, The Eleven O'Clock (Derin Seale and Josh Lawson, Australia) comes as rather a mellow relief. It's a mind game between a psychiatrist and patient that plays out in clever ways. And for keeping it light, it's our choice for Best in the category.

The Animated Shorts program, as usual, is a lot easier to enjoy. It starts with Dear Basketball (Glen Keane and Kobe Bryant, USA), pro basketball star Bryant's tribute to himself. It's a narcissistic love affair for true fans only.

Negative Space (Max Porter and Ru Kuwahata, France) is a cute manifesto on the best way to pack a suitcase that becomes an unexpectedly poignant memory piece.

Lou (Dave Mullins and Dana Murray, USA) is Pixar being Pixar, state-of-the-art animation in service of a rather pedestrian children's story.

Finally, Garden Party (Victor Caire and Gabriel Grapperon, France) is a computer animation tour de force that stars animals from the garden - notably, a rather beefy frog and his amphibious consort - invading a derelict mansion with secrets in store. It's funny, it's lovely to look at, and it has a surprise ending. Our choice for Best in its category.

OK, bring on the Oscars. We're set for the Shorts.