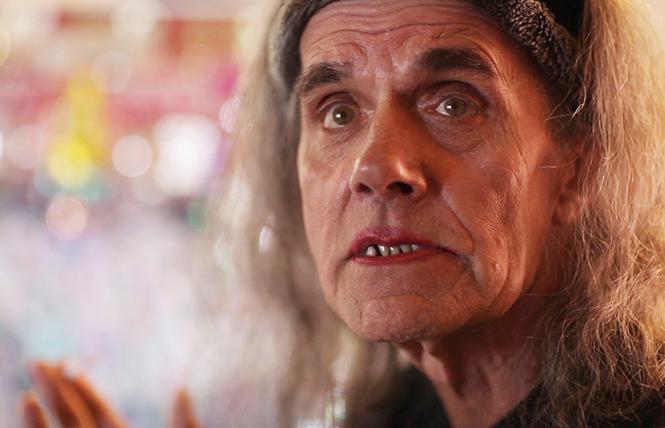 The 20th San Francisco Independent Film Festival returns at precisely the moment when you're feeling a little exhausted from pre-Oscar buzz. This edition unspools 33 features and 51 shorts, from Feb. 1-15 at the Roxie (3117 16th St.), the Victoria (2961 16th St.) and 518 Val Pop-Up (518 Valencia). While the Sundance Film Festival promises a lineup of new films likely to be at the top of the indie food chain, SF IndieFest founder Jeff Ross and his programmers offer no assurances. IndieFest is a wild movie ride, with no seat belts or dashboard padding.

Kaboom (2011) This Gregg Araki joint is an absurd blend of sex and mayhem.

Stella: "You meet some guy on a nude beach, and five minutes later you're downloading his hard drive in the back of a van? You're a slut. Next to putting a dick in your mouth with Lady Gaga playing in the background, that's about as gay as it gets."

London: "Straight guys are gayer than gay guys. The fact they're in love and can't suck each other's dicks makes them act queerer than Clay Aiken."

Raiders of the Lost Ark: The Adaptation (1982-88) Eric Zalo showcases the efforts of three boys on the cusp of adolescence to create their own home version of this timeless Hollywood classic. It's the story of the six years it took to create this one-of-a-kind home movie. (518 Val, 2/4)

Black Cat Peter Pardini offers what he considers a satire of the prolific genre of true-crime documentaries.

Far Western James D. Payne explores the musical genre of Japanese kids hooked on American country music, a taste fostered by American Armed Forces Radio. Some of these kids grow up to write and sing their own uniquely Japanese versions of the category. I guess you are free to sing along. (California premiere with filmmaker, Roxie, 2/3, 8)

The Icarus Line Must Die Michael Grodnet presents a "No Wave-style film noir" about an aging LA underground pop star. As the story opens, frontman Joe Cardamone is down on his luck, unable to secure a record contract, and getting text-messaged death threats. (Bay Area premiere, Roxie, 2/4, 6)