Love in the time of the plague 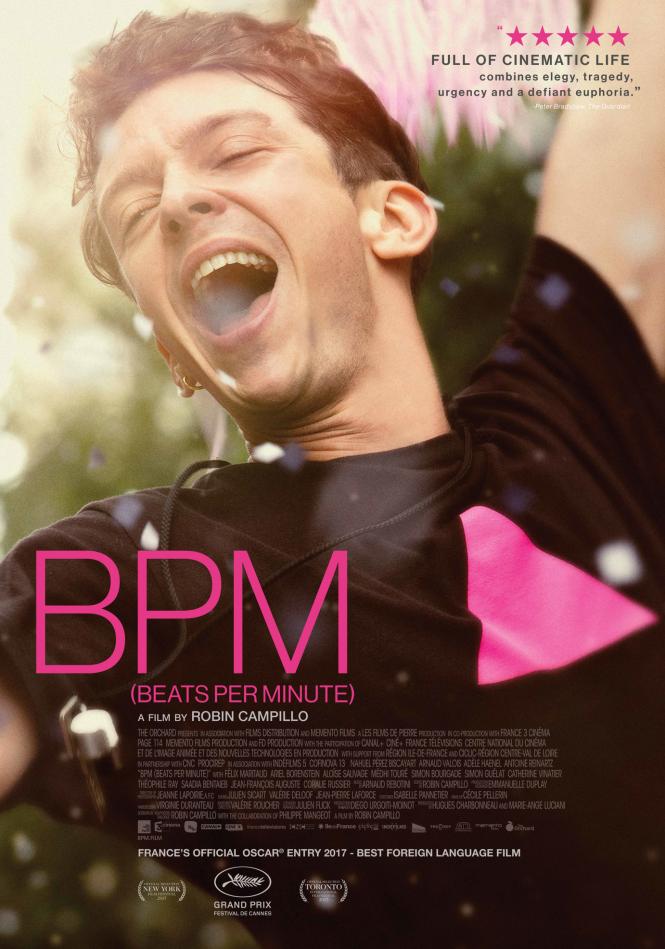 Fresh from its screening at the Toronto and this year's Mill Valley Film Festival, the powerful new French drama "BPM (Beats Per Minute)" immediately makes the personal political. For a history-based piece, it's surprisingly relevant to our current struggles with greed, indifference and latent Fascism.

Right away, "BPM" director Robin Campillo slams us back into urban France in the early 1990s, at a meeting of Paris's rambunctious ACT UP group. The members can barely contain their anger at the big drug companies, at the Socialist-led government of Francois Mitterrand, and sometimes with each other. One of the film's special qualities is in dramatizing how fighting for your life and the lives of your friends is seldom just another day at the office. The price paid is often in lost tempers and shattered relationships. Just as in America, Britain and the rest of the West, AIDS is, as "BPM" begins, a death sentence and a damning indictment that the establishment cares not a bit for queers, their families and lovers.

The film opens as Nathan (Arnaud Valois), new to the group, is both politically mesmerized and romantically seduced by Sean (Argentina's charismatic Nahuel Perez Biscayart), a young militant whose behavior intensifies just as his grip on life is challenged by falling T-cell counts and screaming matches with others in the group. Brought to the screen by Robin Campillo ("Eastern Boys"), "BPM" presents a provocative, deeply emotional portrait of ACT UP-Paris just before the life-saving drug-cocktail treatments appeared on the scene, as the brave young women and men put their bodies on the line to make the AIDS epidemic visible to a wider public.

"BPM" is actually two different films sprawling out over 144 minutes. The first puts younger viewers in touch with the "ancient history" of the plague years, and the second consists of an increasingly passionate affair between the at-first-naive Nathan and the always-pushy Sean. The frank love scenes between the men more than compensate for the difficult turn their lives take as Nathan comes face-to-face with how hard it is to lose your lover just as the two of you are setting up housekeeping.

Topping a sublime core cast is Nahuel Pérez Biscayart, familiar to LGBTQ audiences from his sublime sexy turn as the Argentinian teen who carries on with both his soccer-playing buddy Nacho and his eyeglass-wearing, slightly tomboyish female friend in the 2007 Patagonian-set romance "Glue." The now-31-year-old actor is starting to show traces of the heroic capacities of cinema icons like Jean-Paul Belmondo and Humphrey Bogart. There's a wonderful third-act scene where Sean's friends carry out his wishes for the deposition of his remains in a moment that would feel right at home in the iconoclastic cinema of the Mexican-Spanish surrealist Luis Buñuel. 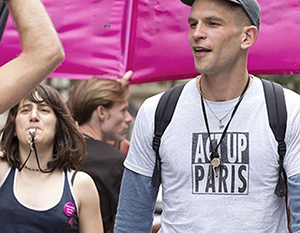 Mexican-born director Robin Campillo has previously impressed us with his second feature, "December Boys." That 2013 melodrama found a Parisian man tricked into letting a dangerous gang into his flat through the seductive wiles of a young adolescent. It's to be hoped "BPM" (opening Friday in San Francisco) will garner both queer and mainstream attention and accolades during the upcoming awards season. Not rated, presented in French with English subtitles.