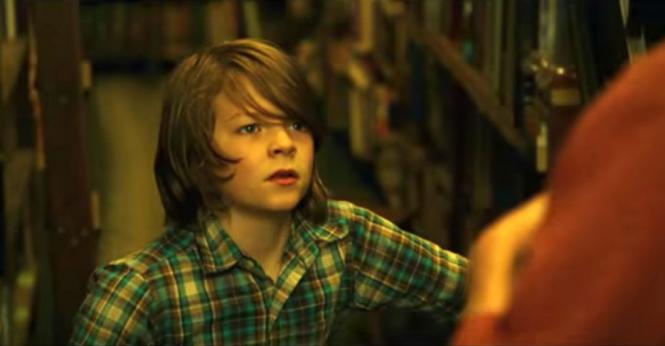 Selznick is a historical novelist, but hardly in the classic James Michener-Herman Wouk mold. He combines words and images into fanciful, twisty, object-laden, adult-and-kid-friendly storytelling. His best-known book, "The Invention of Hugo Cabret," became the Martin Scorsese film "Hugo," about an orphan rescuing the automata of pioneering filmmaker Georges Melies from a museum garbage pile.

There are no easy antecedents for "Wonderstruck," for no book or film has heretofore been concerned with two deaf children separated by 50 years (1927 & 1977), alone in New York City, searching for clues to family mysteries. Both survive on ingenuity and determination, and both find a strange comfort at the American Museum of Natural History as their stories intersect with grown-ups and ancestors played by, among others, Julianne Moore and Michelle Williams.

"Wonderstruck" is devoted to children's capacity for awe and discovery in the material world. Haynes' camera languishes on the taxidermy of the museum's dioramas, and delights in what's hidden in the musty old drawers of forgotten storage rooms. I like Todd Haynes because, unlike so many filmmakers, he is humble enough to recognize and consciously tribute his predecessors without being imitative. He takes what's fine about far outre film styles and overlays them with what's permitted in the 21st century.

The 1927 "Wonderstruck" sequences are suffused with a pulsing, silvery glow evoking the best surviving films of the late silent era. His film-within-a-film snippet "Daughters of the Storm" is a title in proximity to D.W. Griffith's 1922 "Orphans of the Storm." Moore as actress Lillian (Gish) Mayhew battling relentless big weather while clutching her swaddled baby does pure honor to Victor Seastrom's 1928 "The Wind."

Certain moments of "Wonderstruck" are rapturous in their visual beauty. When young Rose (remarkable deaf actress Millicent Simmonds) falls on a busy Manhattan street and looks up to find a kindly stranger offering to assist her, or rides a trolley while the blazing neon lights of Times Square burn in the background, the shots are as translucently beautiful as anything in late silent masterpiece "The Crowd." 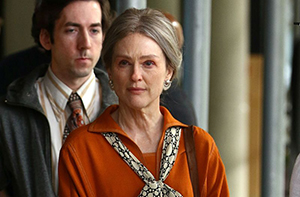 The 1970s scenes are shot on grainy film stock in the garbage-strewn, pre-Disney cesspit of Times Square, evoking the era of "Klute" and "Dog Day Afternoon." The feat may be greater than what Haynes achieves with the earlier decade. He nails the look and sound of a period noted for its lack of visual precision - the hand-held cameras and hit-and-miss focusing of 1970s urban street scenes. Haynes is a master of details, right down to the perfect display choices of "Hawaii," "In Cold Blood" and "Oliver's Story" in a chock-a-block Upper West Side bookstore. Production designer Mark Friedberg, director of photography Ed Lachman, and composer Carter Burwell, for his varied score inspired by the live music accompanying silent films, are likely to be names repeated this coming awards season.

"Wonderstruck" celebrates the power of sight and tactility heightened by the absence of sound. Less immediate, and steadfastly desired by this viewer, was an equivalent commitment to the heart. In addition to his gifts of visual stylizing, Haynes can map human emotions with stunning perception. His features "Safe," "Far from Heaven," and "Carol," and HBO mini-series "Mildred Pierce," are each devastating in their explorations of women's feelings thwarted, repressed, and ultimately liberated. They comment pointedly on race, sexuality, and class under their deceptively placid surfaces. 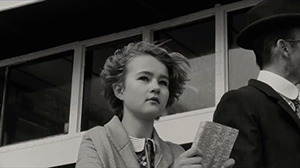 "Wonderstruck" is largely unconcerned with such sociology but is, instead, preoccupied with its own veiled truths. I was ready to give this one a good cry, as I did for the others, but it didn't happen. "Wonderstruck" has children, search for family and tribe, death, and transformation - all elements to pluck heartstrings. But the inherent emotionality of the story is muted by so many relics in the museum's Cabinet of Wonders, or by a visit to the amazing 1964 New York City miniature housed at the Queens Museum.

Haynes spares us slack-jawed, bug-eyed Spielbergian reactions shots, but he also denies us deep emotional engagement. The visuals shadow and overwhelm the actors as they wander the bustling Haynes-Selznick landscapes. Moore, playing two very different women, is reliably good, while I suppose the bulk of Williams' surprisingly brief performance was left in the cutting room.

"Wonderstruck" reveals its secrets at the end with a voiceover. How unfortunate. We're denied figuring out the puzzle for ourselves. That leaves a worthy if frustrated effort to combine dreamlike storytelling and gentle observations of human behavior.

"Wonderstruck" traverses the magic of collections and antiques - things as gateways to the mystical corners of childhood memory and imagination. But this is no harangue for adults to embrace the child within, nor does it reduce youth to sweetness and light. The lonely search for answers to family questions amidst the onslaught of time and death is hardly kid's stuff.

"Wonderstruck" doesn't always straddle its contrasting worlds of sound and silence, and youth and age, with masterful ease, but it does add a bit of magic to the world that wasn't there before.