Wondrous World of Tom of Finland 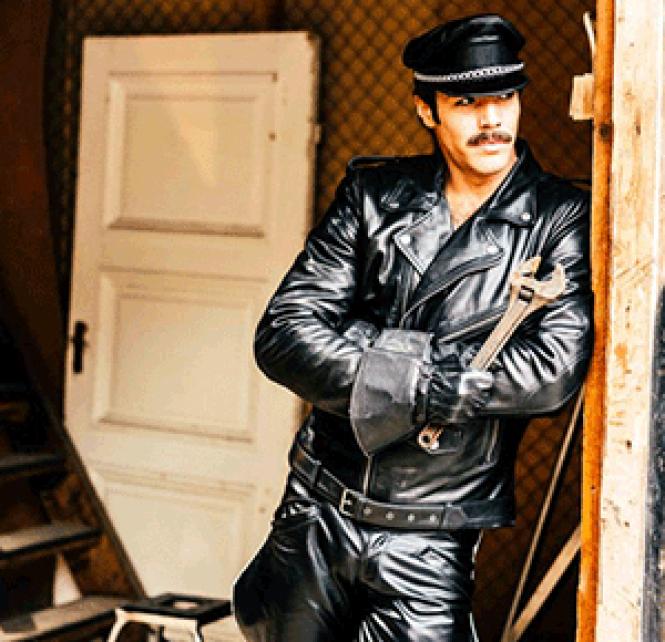 Early in the new biopic "Tom of Finland," opening Friday, our hero is a Finnish soldier guarding his country's northern border from enemy attack. Touko Laaksonen, as he was then known, spots what turns out to be a Russian soldier parachuting down and landing a few yards away. Grabbing a sharp hunting knife Touko confronts the man and proceeds to stab him to death. What would be a traumatic moment for any mortal turns out in this case to jump-start one of the most amazing artistic journeys of any gay man in the 20th century.

Finnish filmmaker Dome Karukoski presents the story of a legend. Touko Laaksonen (1920-91) was a one-time obscure artist whose work ultimately became not only well-known but iconic among gay men into leather. This narrative biopic, a hit at the Frameline 41 film festival, concentrates on a handful of pivotal moments and relationships that inspired Tom's patented hypermasculine drawings. His art would excite gay men worldwide, especially in pre-Stonewall America, where gay freedom would march hand-in-hand with a dissolution of our society's anti-sexual Puritan codes.

There's a terrific sequence halfway through the film that demonstrates what Tom faced trying to get his artwork into the hands of queer men. Arrested on a train by East German authorities, Tom is faced both with defending his unique artistic vision and maintaining his freedom at the hands of vicious homophobes like the German officer who exclaims, "We used to put scum like you in concentration camps and gas them to death!"

Tom's arrest is complicated by his relationship with a closeted Finnish official who's at first reluctant to bail him out of trouble.

"I'm Lieutenant Laaksonen. We fought together. We had a number of close calls."

"There were no battles in Tahililominmaki Hill Park."

"I meant the air battles over Helsinki. We served together. I served under you."

"Is this some trap? Are you trying to trap me?"

"It's just a piece of paper. A naughty picture someone drew for fun."

"It's not just a piece of paper. It's an atomic bomb. You could go to prison for that. The police will search your house and interrogate family and colleagues."

Finnish actor Pekka Strang, as Tom, gives a quietly moving performance, somewhat reminiscent of Liam Neeson as the concentration camp-rescuing Oskar Schindler in "Schindler's List." Like Schindler, Tom was an unlikely peacetime hero, an artist willing to depict illegal gay sex acts that were severely frowned upon in 1950s Finland, where queer men were pressured to pass for straight, to marry women and have kids.

"Tom of Finland" is rated R for shots of both male rear and frontal nudity, has a beautifully muted color scheme, is in English, Finnish and German with English subtitles, and is Finland's entry for the 2018 Foreign Language Oscar.