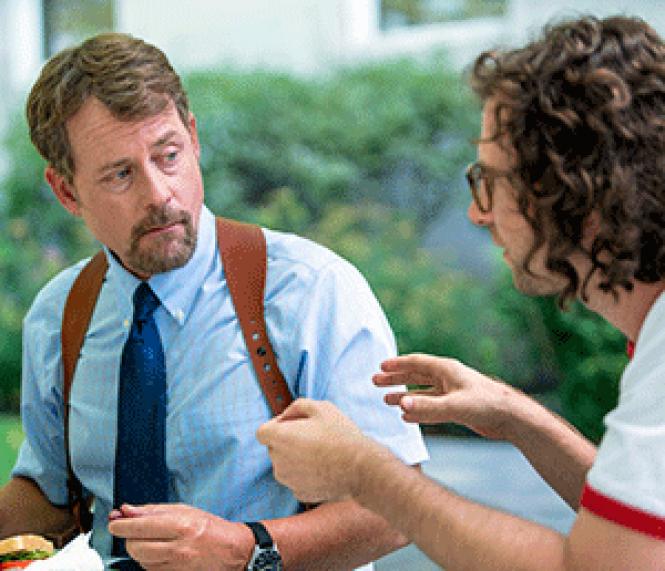 We all partially exist in the emotional backwash from whatever-the-hell childhood we had or imagined we had. The new fantasy-comedy-drama "Brigsby Bear" (opening Friday) is all about a young man kidnapped early in life, then given a fantasy world as a substitute for the birth parents he may never see.

Superfan James grows into young adulthood fixated on a weird kids' show, "Brigsby Bear." To James, "Brigsby" is religion, way of life, fantasy world and every last letter of the alphabet. Everybody around James is complicit in keeping this imprisoning delusion alive. But one fateful night everything in James'Â  world changes, including his relationship with his beloved companion/domestic god. There follows a slapdash, almost slapstick upheaval that is both funny and, to James, disturbing to the very core of his being.

With the news that "Brigsby" has been cancelled, not even diehard "Trekkies" experience the disorientation that James undergoes. While the people in his life debate the merits and morality of the changes, James stays in the picture with the help of counseling from shrink Greg Kinnear and an African American kid brother. By telling his story, James fixes it and himself, in an offbeat and satisfying new form of love.

The key creative people on the "Brigsby" team have known each other since childhood, and the film is in some way their own special negative-feedback loop. I have long argued that film, especially fiction film, is an orchestration of emotion. While I wasn't bored by "Brigsby," neither was I fully engaged. The problem is that the film raises but never fully engages with the existential questions it raises. "Brigsby" is one of those all-or-nothing experiences where halfway is ultimately a big disappointment that forces one off the bus.