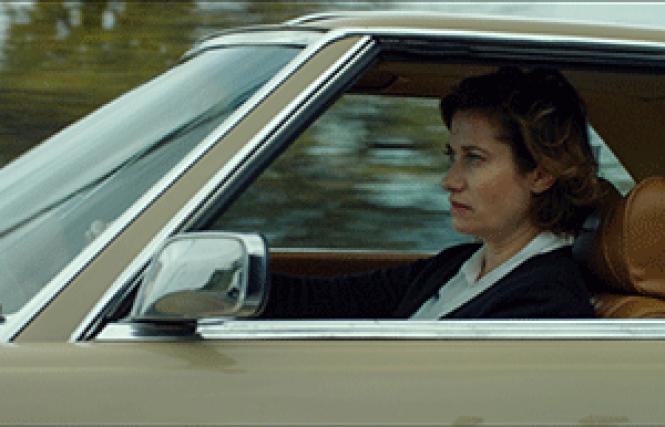 Moka is what the French call mocha, and it's also the color of the Mercedes at the center of the intrigue of a film called "Moka" (2016). The car has killed a child, and the child's mother goes rogue, turns detective, and tracks down the car's owner. The police are nowhere in sight, giving free rein to Mom's revenge fantasies. Mom buys a gun with the help of a young drug-dealer she picks up on a ferry. That's about all I can tell you about the plot because the rest would be spoilers. The rest you can see for yourself starting this Friday at Opera Plaza in San Francisco, and the Shattuck in Berkeley.

"Que la bete meurt" (1969), a film by Claude Chabrol based on the book "The Beast Must Die" (1938) by Nicholas Blake, is a masterpiece of cinema. I only watched it because "Moka" is considered its softer female version. Strange that I'd been wishing while watching "Moka" that Chabrol had directed it. Turns out he already had, with his signature mix of fine detail contextualized by sophisticated social critique. But that was then, and this is now. There's no point holding up every feature film released to the standards of 50-year-old films, is there? So I'm focusing on gratitude to "Moka" for revealing to me its superior predecessor.

The newer version of what is fundamentally a very old revenge story is based on a 2006 book of the same name by Tatiana de Rosnay, which flips the protagonist's gender. We first see Diane rummaging around for her dead son's cell phone without having the slightest idea what she's doing. The film's simplified intrigue is dribbled out to make it last. Diane lives in Lausanne, Switzerland, the death-car is registered in Evian, France, so she takes the ferry across Lake Geneva and stakes out the owner's house and tracks her to a beauty salon. Frederic Mermoud's fluid direction specializes in close-ups that supply scant visual details to ground the action.

Emmanuelle Devos was such a reliably eccentric supporting actress in films like "A Christmas Tale" (2008), I thought I couldn't get enough of her. I was wrong. While her oddly shaped eyes and the downturned corners of her wide mouth still exercise their quirky charisma, as a leading lady of bland melodrama she mostly frustrates. She's got five minutes of "haute tension" (high tension) in "Moka." Otherwise, she's driving a car, sleeping in a car, not answering her dead son's vibrating cellphone, resisting her long-suffering husband's attempts at reason, and stalking a blonde beautician in a picturesque spa town.

Nathalie Baye plays the blonde. She's 68, but in that miraculous French way has preserved a radiant beauty that shoots out from her eyes like fireworks. Every time she enters the frame, as a blandly charming creams-and-lotions purveyor with her brilliant regard, her calm, nay serene delivery, she stuns the viewer with the sixth sense that is beauty. There are women like that in real life, and some of them run pricey boutiques in lakeside resorts, which makes Nathalie Baye perfect casting. She's the other half of the film's emotionally charged five-minute showdown, and one regrets there's not juicier material for these two tigresses to claw into.

The film's denouement, especially given the early introduction of an automatic, is practically unimaginable for a USA audience. Chabrol killed off his child-murderer with rat poison and had his police commissioner glumly describe a repulsive convulsive death akin to a grand mal epileptic seizure. There's no such gloating, satisfying finish for "Moka." That's perhaps to its credit, perhaps not. The film's home stretch does finally intensify in terms of switcheroos, and though I admired their cleverness, I can't say they paid off in the "Aha!" department. If the anti-climax was designed to confound my thirst for vengeance, it succeeded.