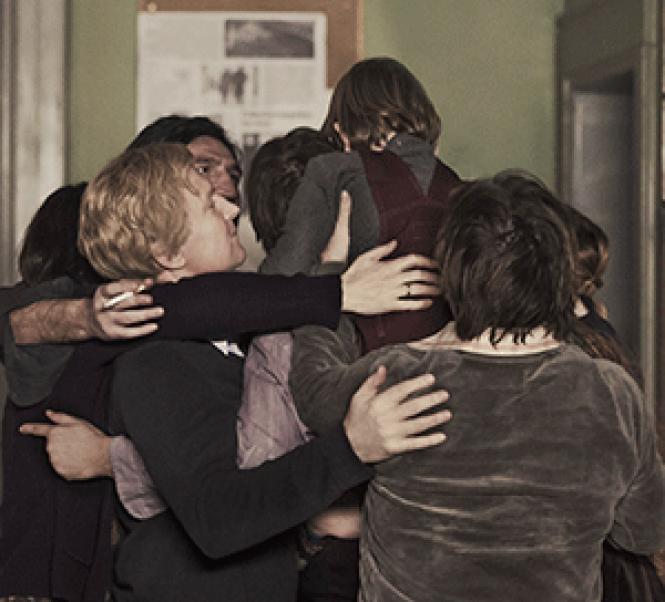 The new Danish film The Commune is by no means a comedy, but I can barely get a sentence into this review without a giggle. Why? Director Thomas Vinterberg is by all appearances a serious artist â€" some might call him self-important â€" and he has a significant body of work.

Readers are most likely to have encountered Vinterberg from his 2006 satire of America's love affair with guns, "Dear Wendy." In this underappreciated drama, a gaggle of pacifist adolescents and 20somethings calling themselves "The Dandies" gathers in a remote, played-out Old West town. Their leader (Jamie Bell from "Billy Elliot") becomes enthralled with a small pistol, an obsession with dire consequences for his band of youthful cutiepies.

I mention this because anyone trying to appreciate "The Commune" should know going in that Vinterberg and his fellow travelers in the Danish-spawned Dogma film movement are deadly serious, at least artistically. With "The Commune," Vinterberg is unlikely to encounter criticism that he's attacking cherished American values (gun ownership) without having done us the courtesy of visiting these shores. The work of this serious Dane can be seen as an off-center brand of black humor. In one scene, a character rages over the presence in their house of a dishwasher. "Why let the machines take over?" But the film becomes a series of he-said, she-said exchanges. The women seem to get the possibilities for freedom in the communal experience, while the men seem to fear a loss of control.

"I'm buried in a hole in my own house trying to work. I have to deal with female problems all the time. Goddamn it! You don't tell me how to live my life. This is my house."

"You gave this house to all of us. The difference between living together and not is that you can feel, see and hear each other. Or perhaps living in a small place makes you small-minded. We should live with stimulating people. We should live with fantastic people, shouldn't we?"

Watching these attractive Danes mud-wrestle about communal values, we know how differently these exchanges would play out in an American remake. Back in the freewheeling 70s, I composed an ABC Radio documentary about the post-Woodstock communal movement, complete with Joan Baez utopian ballads. These days younger Americans might envision an updated communal movement as a way of escaping the angst of Trump America. "The Commune," written by Vinterberg and Tobias Lindholm based on the play "Kollehtivet" by Vinterberg and Magnus Ruhov, shows how tricky this idea is to pull off, even in a society consistently rated one of the happiest in the world. The 1970s-set drama, about a couple (Trine Dyrholm and Ulrich Thomsen) who launch an experiment in group living, offers a chance to examine this daring proposition with as low a risk as possible in these interesting times.