Final notice: everything must go! 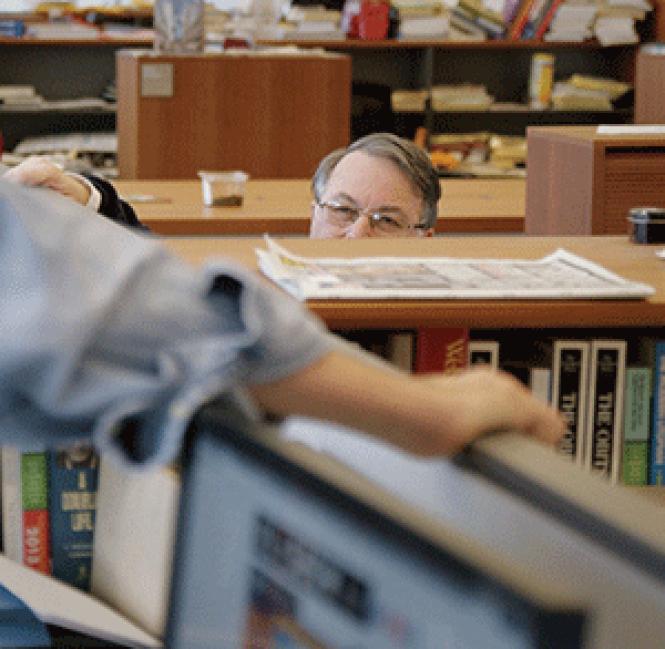 My father didn't get one; his richer, older brother did. My mom got one only because I wrote it myself. The newspaper you're reading made its mark back in the terrible days of the height of the AIDS epidemic by printing more obituaries, or death notices, as news than any LGBTQ paper ever had. If you don't consider the whole subject a bit too morbidly depressing, you'll probably enjoy Obit, a remarkable new nonfiction film about the obituary department at The New York Times. The film opens Friday in San Francisco.

Filmmaker Vanessa Gould succeeds by approaching her subject with a light, at times almost comic touch that relieves a viewer's natural anxiety. Her topic is a nervous reminder that the best thing that may ever be printed about us is going to appear at least a day too late.

As an adolescent I was proud that my Liverpool, England-born Uncle Bill was a "Timesman." At the height of the 1962 Cuban Missile Crisis, Bill took my 18-year-old self on a tour of the old Times 43rd Street newsroom, the hallowed site where generations of reporters had chronicled depressions, wars, epidemics, great sporting events, and yes, a whole lot of deaths. For generations, having your obit make the Times' front page has been a signal honor.

Obit is most successful observing the current generation of obituary writers going about the tall task of composing an accurate, warts-and-all article under deadline pressure. That means obit writers Bruce Weber, Douglas Martin, Margalit Fox and William Grimes have to be good at that classic journalistic knack: telephone pursuit of a story. The film allows us to watch Weber (also the author of a great film about baseball umpires) as he makes phone inquiries about the freshly deceased. We hear only his side of those conversations.

One of the delicious inside-baseball sides to the news business has been the fact that Times obit writers refer to their enormous file of clippings about their subjects as "the morgue." The film really sparkles during its time spent with the morgue's comparatively young current custodian, Jeff Roth. He explains, "This is the Times' morgue; at the height, it was manned by about 30 people, now one person. Three shifts a day, seven days a week, almost 24 hours, until 3 a.m., you had the cutter, the indexer, the filers, the refilers. We clip from about 24 different publications, along with the Times. Before we moved, there were approximately 10,000 drawers of clippings. If it went into the new Times building, all the floors would pancake, it couldn't stand the weight."

Filmmaker Gould's chat with Roth concludes with his admitting that neither he nor any of his colleagues can actually read all of the staggeringly large files that exist at the new, far sleeker Times headquarters building today. Roth emerges as one of Obit 's previously unsung heroes. At one point he explains with pride how an obituary of the legendary folk singer Pete Seeger contained a precious 1921 photograph of a then-two-year-old Seeger posing alongside his dad, the noted musicologist Professor Charles Seeger. Roth explains that the Times paid 10 bucks for that photo, and it helped distinguish the paper's coverage of the famous anti-war balladeer from stories published anywhere else. "You see his life [and fate] from the very beginning."

Like most great films, Obit has a philosophical stance towards its subject. In this case, it's that this country's fabled newspaper of record has a precious department where real people judge whether one is worthy of getting the most august send-off that our society has to offer.