Flight of the refugees 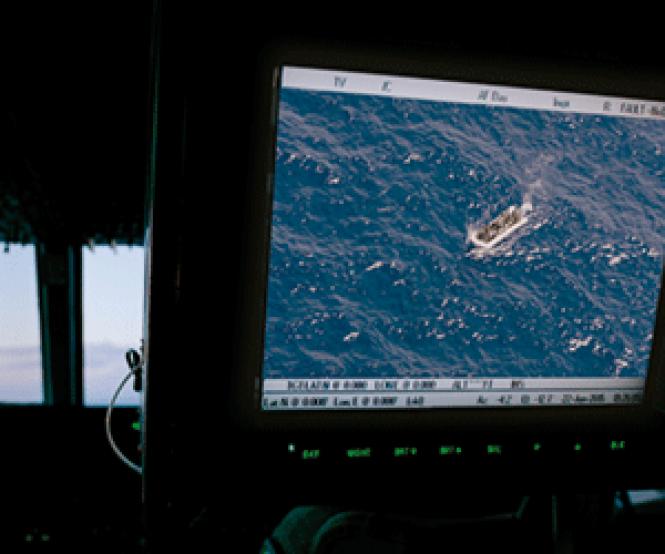 Italian director Gianfranco Rosi's narrative doc Fire at Sea is a compelling if maddening attempt to drag a reality-TV-distracted film audience into the real world of this decade's "boat people." The heartbreaking tragedy now playing is made all-the-more poignant by this year's election returns.

Opening at SF's Roxie Theater on Dec. 9, Fire at Sea is an agit-prop film that all but shoves your head down into the diesel-tainted waters off the Sicilian island of Lampedusa. It's also a deeply personal drama that feels like it was spun out of somebody's imagination. Winner of a top doc prize at this year's Berlin International Film Festival, Fuocoamare (Fire at Sea) pivots between the views of the Lampedusa's only physician (Dr. Pietro Bartolo) and those of a nine-year-old imp of a boy (Samuele). Director Rosi admits that he was initially looking to make a 10-minute short suitable for TV syndication, but the "heart-rending" images shown him by the doctor pricked his conscience, leading to a year's residency and a film that will be shortlisted for Golden Globe and Oscar consideration. At 108 minutes, it pushes the envelope on what Western film audiences can stand to witness: dead bodies freshly dragged from the sea, and traumatized survivors at risk for the emotional stress that war inflicts.

Rosi's two protagonists are as narrowly focused as the father-son duo of the neo-realist postwar hit The Bicycle Thief. Samuele, a bright, almost hyperactive kid, is obsessed with attacking his island's plant life with his slingshot. Later it develops that Samuele has a "lazy eye" that requires him to wear a patch. It's an obvious metaphor for the willingness of an international community to see a gut-wrenching crisis and heroically respond when larger, richer nations look on with disdain or inertia. We see the boy as he struggles to command a small rowboat, a vital tool in his fishing community. The voices of other islanders are heard in the calls received at Lampedusa's small radio station.

The film (in Italian with English subtitles) ends abruptly with a shot of another fishing vessel out at sea in search of another deadly cargo. The film is not yet MPAA-rated. There probably isn't a category sufficiently depressing to indicate what a potentially life-altering experience this is.

Closet Monster Already one of the best-reviewed gay male dramas of the year, this film, deliciously mixing genres from domestic comedy to teen horror/fantasy, centers on an ambitious Newfoundland-raised kid. Oscar is double-cast: Jack Fulton is a seven-year-old discovering the terrors of what appears in his bedroom when the lights go down; and the handsome Connor Jessup is the teen Oscar, terrified of his emerging gay self and working at a hardware store next to his high school's most gorgeous hunk, Wilder (lanky tease Aliocha Schneider). CM is a sexy compilation of every imaginable erotic and social misadventure. From his fumbling attempts to be a movie special-effects makeup artist to the social meltdown of a disastrous Halloween costume party, Oscar's struggles are funny and identifiable. The film also boasts a terrific son/dad meltdown. Written and directed by Stephen Dunn, now at SF's Alamo Drafthouse Cinema, 2550 Mission St., SF.