We are not Japan 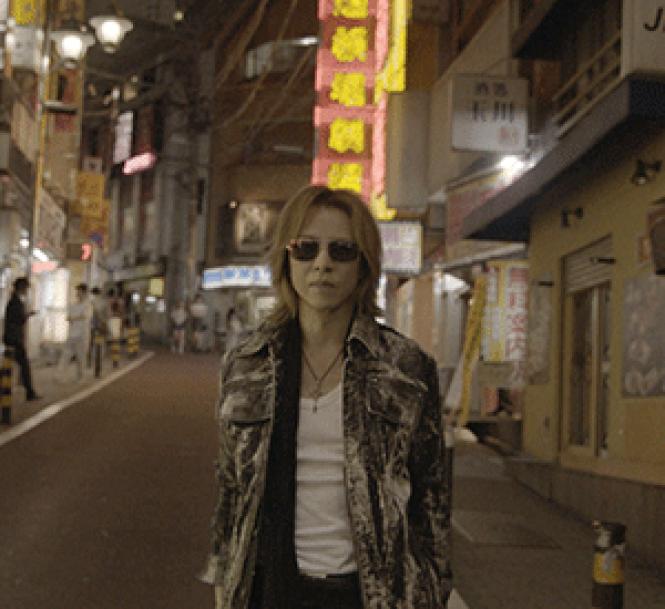 Yoshiki, the drummer for the Japanese band X, in director
Stephen Kijak's We Are X.
Photo: Alamo Drafthouse

Japan is a very small country with a very big culture. Per square foot or per capita, Japan has contributed more to world religion, theatre, visual art, and sex than most. Roland Barthes thought the Japanese, like the Parisians, did not invent so much as perfect the inventions of others. The floating island does not always want to share its perfections with the imperfect outside world, which would probably only degrade them. And so it is that the film We Are X opens Friday at the Alamo Drafthouse New Mission Theater in San Francisco to inform us of the world's greatest rock band no one's ever heard of.

To call director Stephen Kijak's We Are X a documentary is to mislead the public. The film is a PR love letter or hagiographic homage, with little or no context or chronology to frame the phenomenon in a meaningful way. In terms of pure story, the Wikipedia entry for the band X Japan is far more compelling, not to mention informative. Yes, you get to hear them play and sing, but in a disjointed, harum scarum edit that leaves the viewer without a clear sense of what all the fuss is about. The film clocks in at a modest 72 minutes only if you include over six minutes of end credits.

So maybe X isn't Japan's greatest rock band? Who knows? They did manage to play Madison Square Garden for a night in 2014, by which time a few of the original fabulous five were dead from suicide or suicide-like accidents. The film is punctuated by superimposed titles counting down to their dream concert, starting with "Four Days to Madison Square Garden," but between these hopeful markers, any and all digressions are fair play. Mostly, though, the spotlight is on Yoshiki, the drummer and possibly craziest band member.

Yoshiki has the requisite childhood trauma for a doomed rock legend. At age 10, he was already playing numerous musical instruments, receiving a different one each birthday from his doting dad. He returned home from a summer away playing brass to find his father sprawled on the floor, if I heard him correctly. Onscreen, his speech patterns in English are husky and withholding. He clearly controls the message. Anyway, his father's flesh was so white it seemed blue. He had suicided. And from that day forth, Yoshiki was an angry young musician.

Yoshiki soon left his classical piano behind. His mom bought him a drum set on which to vent his adolescent abandonment issues. In 1982 he met the boy who would be his lead singer. After a weird interlude in which Toshi was dragged into a cult by a girlfriend and brainwashed into thinking X was satanic, the childhood buddy has been a key member. In 1989, the band broke into public consciousness with the album Blue Blood. Until 1997, their career thrived. Internal issues caused them to go silent. Ten years later, they were back and touring Japan and the imperfect world beyond.