Inside the ring with Roberto Duran 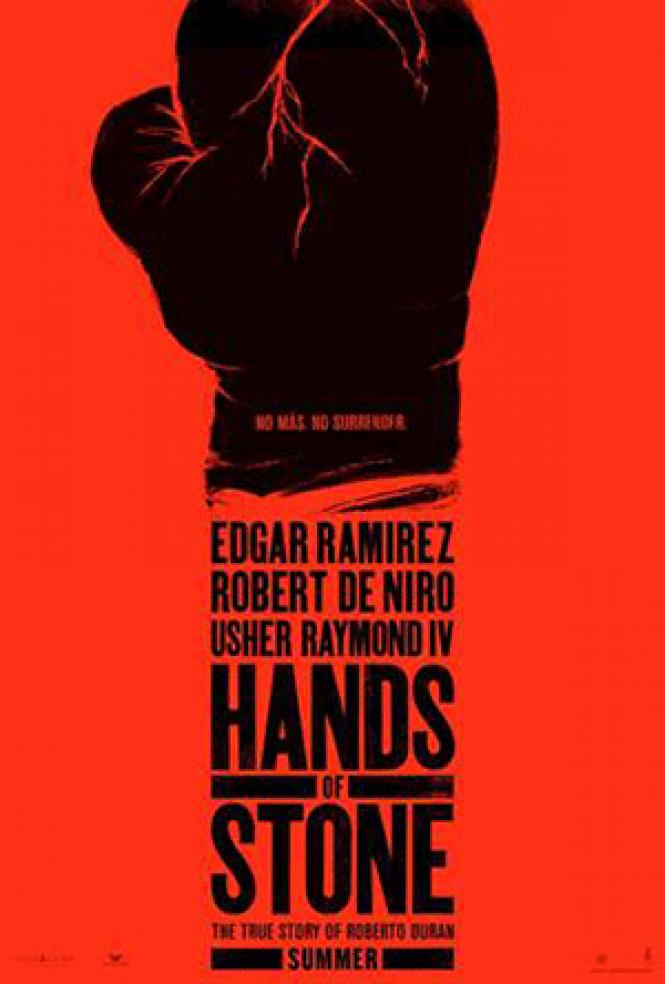 The new boxing drama Hands of Stone from Venezuelan director Jonathan Jakubowicz both fits and breaks the mold for filmmakers trying to reinvent the wheel. It tries to give Millennials of all persuasions an opportunity to find their place in arguably humankind's oldest pastime: beating one's fellow to a pulp within "civilized rules."

From the opening bell it's clear that Jakubowicz has in mind an epic bio of legendary Panamanian boxer Roberto "Hands of Stone" Duran. It's not every day that a "B-movie" gets Hands of Stone 's "A-list" cast: Robert De Niro, Edgar Ramirez, Ana de Armas, Ellen Barkin, Ruben Blades, John Turturro and pop singer Usher. The casting process was itself bumpy, as reportedly Al Pacino dropped out as Arcel, and Mexican star Gael Garcia Bernal was once slated to don the gloves as Duran.

One index of boxing's enduring claim on our affections lies in the astonishing literature that the sport has inspired. Norman Mailer, James Baldwin and Joyce Carol Oates have let it claim a surprising amount of their creative output. Oates confesses in her volume On Boxing to have gone to amateur bouts with her dad in their Upstate New York town. Many have heard the backstory behind American cinema's best film with a boxing pedigree, the 1980 ring devotional Raging Bull, with De Niro copping a Best Actor Oscar and director Martin Scorsese engineering new ways for his camera to climb inside the ring. The presence of De Niro as Duran's aging trainer Ray Arcel is the best argument for catching this film before it hits Blu-Ray. We learn that Arcel was clubbed nearly to death by a Mafia thug for what the Mob guys considered his attempt to steal their racket back when boxing's TV popularity nearly eclipsed the gang-controlled neighborhood fight clubs.

The film kicks off with a hungry-kid version of Duran beating up his grade school mates for a scrap of bread or a few pesos. While Ramirez is credible as the 29-year-old Duran in the first of three savage matches against Usher's pretty-boy Sugar Ray Leonard for pro boxing's welterweight (140 lb. division), it's a stretch to see him as the hungry young punk fresh off the streets recruited by vet trainer Arcel. Arcel, facing a mob-ordered death sentence if he ever again trains a fighter for money, shrewdly agrees to work for free, a deal that leaves Mob kingpin Turturro nonplussed.

Director Jakubowicz first hit the international markets with 2005's Secuestro Express, about a young couple kidnapped by Caracas thugs looking to collect a ransom from their wealthy families. Having made his country's biggest box office smash, Jakubowicz clearly saw dollar signs in a deal with the Weinstein Company. But Hands of Stone violates one of Lamble's rules of foreign film order by having tiny, bleached-out yellow subtitles that make the early Panama City slum scenes hard to follow. There's one neat touch in sync with the spirit of our presidential-year politics as we observe a beleaguered Jimmy Carter defending returning the Panama Canal to Panama while Ronald Reagan, hot under the collar, berates him for giving away an engineering miracle paid for by the US.

The oddest moment in Duran's 34 years in the ring (from age 16-50) is the crazy scene towards the end of the eighth round of the second fight against Leonard when he abruptly quits, leaving the normally garrulous Howard Cosell nearly speechless. Hands of Stone does nothing to resolve the mystery. In real life, Duran claims he never uttered the often-quoted phrase "No mas," or "No more."

Jakubowicz is quoted on the Internet Movie Data Base with a couple of pithy phrases that sum up my reaction to Hands of Stone: "I think that 90% of the movies that are made are too long and too slow. In life we kill time, but in film time kills us."