Family bonding in the Deep South 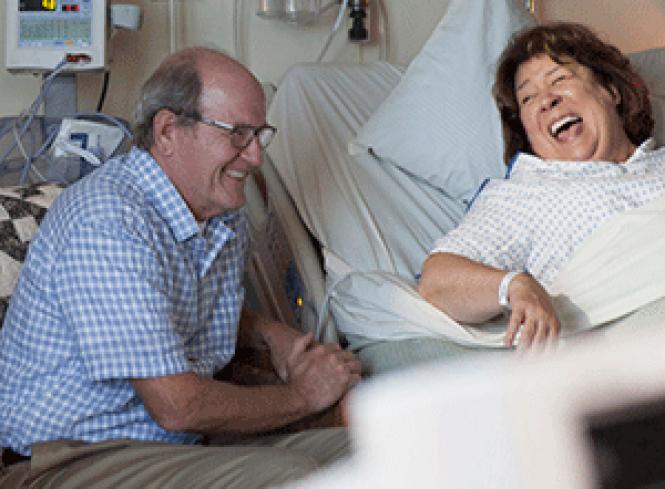 The high point of The Hollars, a sharply observed extended-family comedy-drama opening Friday, unfolds in a Mississippi hospital room where Sally (the divine Margo Martindale) is visited by her grownup artist son John (the film's director, John Krasinski). The pair dance around the elephant in the room, Sally's next-day brain surgery, as John asks about the state of mind of his somewhat jittery dad (Richard Jenkins).

Sally: "He cried all night. If I didn't know any better, I'd think he was the one with the brain tumor."

John: "He might be going through a little something. You know, I've been Googling brain tumors. A lot more common than you think. Bob Marley had one."

"How'd that work out for him?"

The Hollars rests squarely on the broad shoulders and impeccable comic timing of East Texas-born Margo Martindale. With 100 credits and counting on the Internet Movie Data Base, Martindale is one of America's greatest unsung film talents. While James Strouse's script overflows with terrific one-liners, it falls to Martindale and her 15 fellow cast members to translate this bounty into comic yet poignant screen moments.

The Hollars resonates with all of us who come from families that, while we were trapped inside them during the heartbreak of adolescence (both the biological and the gay coming-out kind), seemed stifling, shameful and laugh-out-loud ridiculous. Sally, faced with a life-threatening malady, sees beyond her crazed clan's narrow world view, and in effect ministers to them at a time when a terrifying brush with mortality might logically claim all her attention.

If Martindale, head shaved and body tethered to a hospital bed, can steal your heart and most of your attention, there's a versatile supporting cast that has her back. The South African-born Sharlto Copley shines in a demanding role, that of the somewhat whiny, borderline grating son Ron Hollar. Saddled with an unattractive full beard, Copley's Ron has the dramatically necessary task of reminding the returning "Golden Boy" John just how neglectful he's been to the welfare of his kinfolk.

Maine-born Anna Kendrick again demonstrates why, still shy of 30, she has rocketed to a sweet spot on both the stage and silver screen. Kendrick is a great example of a savvy young performer who grasps the lesson that there are no small roles. Her brief screen time as John's pregnant girlfriend Rebecca gives an already deeply felt family excursion an extra cool dip.

In the end, The Hollars, with its take on families of all kinds plowing through dark times, will stick with you because of Margo Martindale's instinctive sense of how a really strong person reacts to her own premature demise being framed by a god with a truly black sense of humor. Martindale deftly pulls off the trick of stealing a whole movie from an all-star ensemble. Her personal philosophy would probably apply to her character, Sally Hollar: "In order for me to have fun, I have to be able to not be buttoned-down. I'm from East Texas. Texas people are very open, because it's open." Martindale's genuine charm and honest take on life's hard knocks could be just what the award-season doctor ordered.