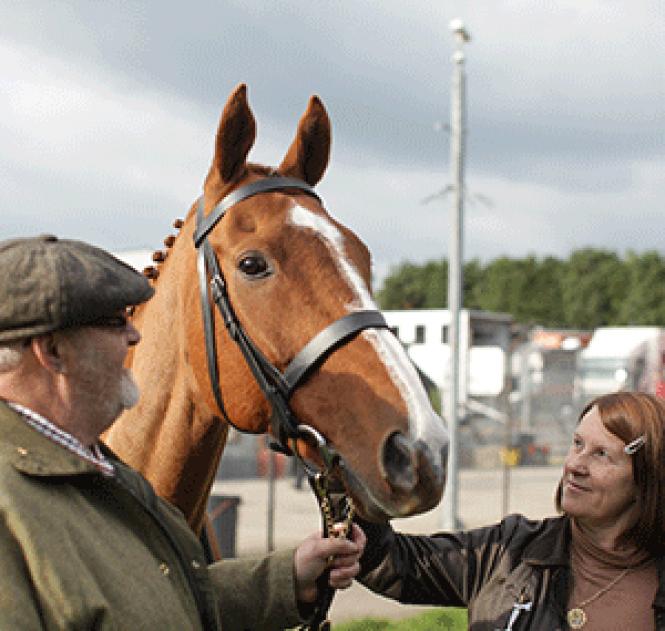 To really get behind the new Welsh racehorse tale Dark Horse, opening Friday in Bay Area theaters, it doesn't hurt to have been raised on animal classics like Black Beauty, where a gaggle of humans tie their fates to a noble nag, with motives both pure and far from innocent.

Director Louise Osmond deftly employs a real-life cast of mostly working-class Welsh men and women describing how a most unlikely horse entered and upended their lives for a spell in a marvelous Cinderella story. It helps a lot that her group of most unlikely horse-breeders has a natural, totally un-selfconscious gift for gab. The narrators are 23 citizens from the tiny village of Cefn Fforest. Part of a working-class club (a still-important distinction in a still very class-aware Britain), the investors come from many walks of life. They include a tax consultant, a nightclub bouncer (a former coal-delivery guy) and a barmaid with a sneaky sense of humor, boundless energy and a background in breeding small birds. One of the common threads binding the 23 together is their shared legacy of economic distress resulting from the 1980s-era collapse of the coal-mining industry, precisely the experience West Virginia residents are facing now.

The heart of the story comes in the events leading up to their steed's victory at the Welsh National. The cast embodies a natural sense of humor that gives the proceedings the larky feel of an old Peter Sellers or Alec Guinness caper comedy from the 1950s. In the end, the noble stallion Dream Alliance fulfills the wildest imaginings of these Welsh people who have spent most of their lives realizing how little their tiny nation normally counts for in the cosmic scheme of things.Â

This is the kind of movie to let go of your big-city sophistication and just imagine you're back with one of those vintage Hollywood fantasies, the kind that launched the careers of Elizabeth Taylor and Mickey Rooney, and the kind that still gives animal-lovers everywhere the feeling that their hearts really are in the right place.