Top films of the year 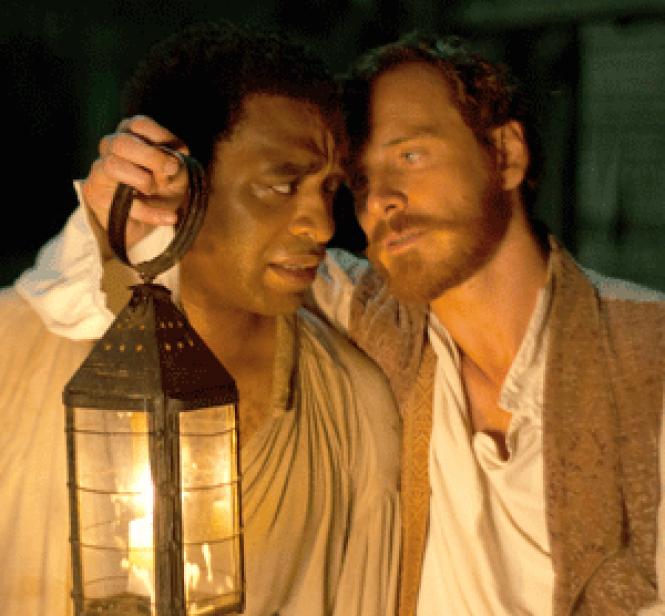 This column is dedicated to the full recovery of burned Oakland teen Luke Sasha Fleischman, and to the memory of the extraordinary actor James Gandolfini.

1. We Steal Secrets Alex Gibney moves into an elite class of filmmakers with this timely tale of tormented whistleblowers. Julian Assange is the public face of WikiLeaks, exposing superpower secrets. PFC Bradley Manning slips into the narrative from a tiny dot in cyberspace. Unlike the loquacious Assange, Manning never talks onscreen. Instead we see him striking a flirty party pose, recalling a boyfriend's nickname: Jean Harlow. He confesses that he won't mind getting caught for his document dump, except for the legacy of his portrait plastered around the world in boy drag.

2. Gore Vidal: The United States of Amnesia Nicholas Wrathall's cauterizing bio begins with his illustrious subject at his gravesite. From a 10-year-old coached by his dad to fly a small plane, to a 23-year-old having his "notorious" gay novel savaged by The New York Times, to following Faulkner's advice to write for money, Vidal is America's mid-century gay gadfly, lacing his Ben-Hur script with a queer subplot. We see Vidal debunking JFK, trading barbs and almost blows with hetero bully-boys Buckley and Mailer, and leaving his Italian home after the death of his boyfriend.

3. 12 Years a Slave Adapting Solomon Northup's harrowing 19th-century memoir (with John Ridley), Anglo/Caribbean director Steve McQueen treats his stoic protagonist (emotionally agile Chiwetel Ejifor) as if he were buried alive. McQueen depicts America's original sin with almost unbearable moments of Northup's stay on Louisiana plantations, aided by brave performances from Paul Dano and Michael Fassbender. Dano's overseer Tibeats is craven to his betters while capable of astonishing violence towards his slaves. Our last view of this vicious cur offers hints of future crimes by a rural white class who will replace the primordial shame of slavery with the intractable virus of Jim Crow. It falls to Fassbender to deliver the lash, the ferocious whippings that are symbols of slavery's worst excesses. As McQueen's observant camera reminds us, we are all, in some insidious way, kin under the skin.

4. 42 Brian Helgeland depicts how agonizing the struggle is for any despised minority to get their foot in the door. 42 climaxes at the apex of baseball legend Jackie Robinson's first season in a Brooklyn Dodger uniform. Chadwick Boseman as Robinson, and Harrison Ford as the Biblically-inspired businessman/prophet Branch Rickey, shine as two of history's most unlikely allies at the dawn of America's Civil Rights Movement.

6. Inside Llewyn Davis The Coen Bros. use profane monologues, counterintuitive casting (Justin Timberlake as the cuckolded half of an early-60s folk duo), goofy plot digressions, and a Kerouac-worthy subplot to deliver the season's most original comedy/drama, a pre-Dylan tribute to the folk-song movement that begins and ends with a troubadour beaten in a West Village alley.

7. Dallas Buyers Club After an explosion of acting-out behavior in which he sheds more skin cells, brain cells and T-cells than the Lord ever intended, Ron Woodroof (skeletal Matthew McConaughey), dying from HIV, finds himself in a charity hospital ward. For macho Ron, things are even worse than they seem, for behind a curtain is flamboyant fellow patient Rayon (Jared Leto, pushing his body and craft to the limit). A pre-op MTF transsexual, Rayon will be an unsettling angel of mercy for Ron. Standing over this battered cowboy, more bone than muscle herself, Rayon gives an instant review. "Relax! I don't bite. I guess you're kind of handsome in a Texas-hick, white-trash, dumb kind of way."

10. Crystal Fairy In Sebastian Silva's hippie film, Jamie, a young "Ugly American" drug tourist played with saucy glee by Michael Cera, seeks a beach trip fueled by Chile's favorite hallucinogen. His plan to get high and naked with three longhaired Chilean brothers is complicated by an impulsive invitation to a "feral" girl, Crystal Fairy, to join the boys' drug picnic. The presence of this New Age-spouting young woman pushes Jamie into a dark place. It's a tribute to the leads and the strong hand of Silva that we can be enchanted and repulsed by both.

12. Fruitvale Station Ryan Coogler's version of the Oscar Grant story â€" the African American dad martyred by a squadron of out-of-control BART police â€" is a detailed, understated drama. Michael Jordan, as Grant, has the nuanced charisma of a young Denzel Washington. Coogler provides a suspenseful moral parable overflowing with the kind of incongruities that pepper the lives of our martyrs: Harvey, Matthew and Tyler Clementi.

Scene from Cannes winner
Blue Is the Warmest Color.

13. Blue Is the Warmest Color Both Cannes' award-winning female leads deliver naturalistic performances that transcend their much-ballyhooed extended sex scenes. But Blue will forever be praised or damned by filmgoers' gut-level reactions to 10 minutes of simulated sexual gymnastics that leave standard film-sex in the dust.

14. Before Midnight In the brilliant third part of Richard Linklater's two-decade spanning trilogy, Ethan Hawke and Julie Delpy stroll through a paradise-on-earth slice of Greece. The couple are preparing for either their best sex or their biggest brawl, or both.

15. The Great Gatsby Baz Luhrmann fleshes out the novel's all-knowing narrator, Nick Carraway. Toby Maguire's Nick relates the rise and spectacular demise of his friend Jay Gatsby. Tobey's wry, grounded take, rooted in craft and his friendship with DiCaprio, allows a modern audience to see Leo's stylized Gatsby as more than a petulant nouveau riche interloper, to grasp that Gatsby is at heart a story of class warfare, disguised as a doomed love affair.

16. Blue Jasmine Cate Blanchett is over the moon in the best Woody Allen drama since Match Point. It's rare anyone has a script inspired by two of our finest tragedians: Tennessee Williams and Bernard Madoff.

17. Enough Said keeps us laughing and rooting for this season's top romantic odd couple: Julie Louis-Dreyfus and the late James Gandolfini, showing why he was so much more than his Shakespeare-worthy suburban mob guy.

18. Nebraska Oscar may bless 77-year-old Bruce Dern's career-topping take on a Montana codger who imagines, against all odds, that he's won a million bucks. Alexander Payne's astringent comedy has Woody's bitter wife dancing on the graves of his old drinking buddies.

19. Prisoners This gripping rust-belt thriller has us fear for the fates of a trio of besieged souls (Hugh Jackman, Jake Gyllenhaal and Paul Dano) who push their art and bodies beyond all reasonable limits.