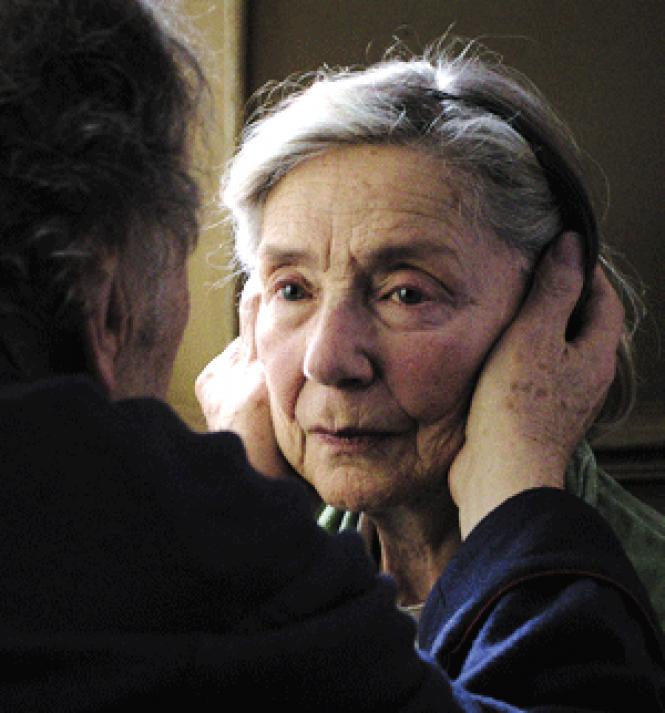 As the 85th Academy Awards ceremony rolls into view, the event that some of us consider our Super Bowl, critics are once again moaning about whether movies are still culturally relevant. Some of this year's crop of Best Picture nods have inspired political controversy (Argo, Lincoln, Zero Dark Thirty), and there are fewer openly gay artists up for awards: playwright Tony Kushner for Best Adapted Screenplay (Lincoln ), David France for his brilliant AIDS history doc How to Survive a Plague, and stop-action co-director Chris Butler for his animation feature ParaNorman (the first time such a film has had a lead gay character). For those with serious interest in the awards prospects for LGBT film artists, see my summation of the 2013 Independent Spirit Awards at the end of this article.

The Best Picture competition has once again swollen to nine films, and it's an impressive field. Going alphabetically:

Argo Who would have thought that anyone could have pulled off an audience-friendly comedy/drama on the 1979 Iranian hostage crisis? I still recall SF critics walking out before a screening of Argo director/star Ben Affleck's career nadir, 2003's Jennifer Lopez vehicle Gigli. Ben, all is forgiven!

Les Miserables Tom Hooper's translation of Victor Hugo's romantic locomotive of a novel, with its realistic depiction of 19th-century poverty and rebellion, kicks in as Hugh Jackman's Valjean carries Eddie Redmayne's wounded rebel through the Parisian sewers, invoking all manner of queer fantasies.

Life of Pi Among its many virtues, this beautiful fable of a teen boy holding a grown tiger at bay for 277 days at sea makes a strong case for the superiority of live-action drama over animation, notwithstanding Pi's clear debt to some world-class digital cinema tricks.

Lincoln In a truly epic first act, the equal of anything in the David Lean canon, Steven Spielberg and his screenwriting collaborator, playwright Tony Kushner, frame the awful dilemma Lincoln faced in what would prove to be the last four months of his life.

Zero Dark Thirty Kathryn Bigelow is as ruthlessly efficient in relating the story of America shedding its last iota of innocence as the Navy Seals were in bagging Osama Bin Laden.

And the envelope, please: My heart lies with Django, but the Best Pic winner will be Argo.

Ang Lee, Life of Pi: Arguably he pulled off the toughest job, translating an "unfilmable" book and mentoring a succulent debut performance from the kid on the raft.

Benh Zietland, Beasts of the Southern Wild: He's happy just to be included in this crowd.

Best Actress: Emmanuelle Riva, Amour. She broke my heart at 15 in Hiroshima, Mon Amour, and I think she's got the inside track for this career-topping performance.

Original Screenplay: Django Unchained. Quentin Tarantino gets his consolation-prize Oscar for an incendiary re-imagining of America's most dastardly chapter.

Adapted Screenplay: Lincoln. Tony Kushner wins the day with his mainstream take on the abolition of slavery.

Documentary Feature: How to Survive a Plague. David France deserves the nod for this deft, emotional account of ACT-UP New York â€" but don't be surprised if Searching for Sugarman wins by a nose.

Animation Feature: ParaNorman, Sam Fell and Chris Butler. This would be an awesome win, but you have to reckon with the box-office champ Wreck-it Ralph.

Animation Short Subject: Paperman is my pick, but never underestimate the Simpsons (Maggie Simpson in the Longest Daycare).

Foreign Language: Amour (Austria). This has Michael Haneke's name all over it.

This Saturday on the IFC cable channel, the Independent Spirit Awards (the Bohemian Oscars) will hand out some coveted prizes with several queer-themed films in contention:

Best Feature: Richard Linklater's East Texas comedy Bernie, about the misadventures of a flaming small-town undertaker, dukes it out with Ira Sachs' incendiary queer love story Keep the Lights On. Sachs is also up for Best Director.