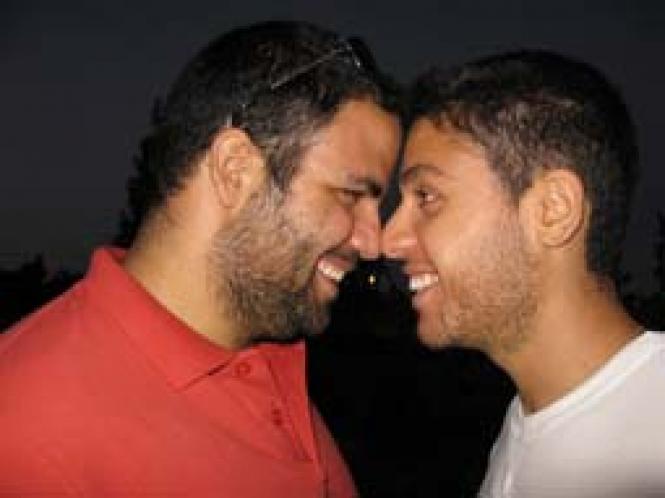 This 2009 edition of San Francisco's oldest film festival kicks off with La Mission, Peter Bratt's (brother of star Benjamin) emotionally volatile look at a macho dad's breakdown after the coming out of his academically gifted son (Jeremy Ray Valdez). With its Mission District locales, powerful ensemble and timely themes, this film promises to push the current movement towards San Francisco-set feature films to a new plateau of excellence. (Castro, Opening Night, 4/23)

The balance of the festival (April 23-May 7) unfolds at the Castro Theatre, Sundance Kabuki Cinemas, Landmark's Clay Theatre and the Pacific Film Archive in Berkeley. There will be tributes to Robert Redford, Francis Ford Coppola, James Toback, Evan Rachel Wood and Elijah Wood.

City of Borders This sublime non-fiction slice of life begins as "Boody," a drop-dead gorgeous, cross-dressing Palestinian from Ramallah, shows us how he goes clubbing: by squeezing his slender frame through the barbwire Israeli security fence that separates his West Bank hood from the pleasure palace of his dreams, Shushan, Jerusalem's one and only gay bar. On the nights he crawls through the fence, Boody shape-shifts into his beloved drag identity, "Miss Haifa," and for a night at least he is with his adopted family.

As depicted in Korean-born Bay Area resident Yun Suh's joyful if heartbreaking first feature doc, the Shushan family is a goulash of Jews and Arabs, gays, lesbians and straights, all jettisoning political and religious splits to party together. A just out Jewish boy confesses his first Arab-boy kiss; a Jewish/Arab lesbian couple define the borders of a relationship where one wants kids and the other doesn't; and Shushan's owner Sa'ar, Jerusalem's Harvey Milk (the first open gay on an Orthodox-dominated city council), debates whether he can endure another cycle of insults and death threats, or whether it's time for last call.

An unintentional sequel to Nitzan Gilady's Jerusalem Is Proud to Present (about attempts to hold a queer pride festival in the Holy City), City of Borders cuts through the emotional blather about one state versus two states to reveal the pitiless nature of a world where a drag queen whose heart remains in Ramallah can only remain alive by moving to Cleveland, while a Jewish bar owner reclaims his sanity as a private citizen in Tel Aviv. (PFA, 4/26; Kabuki, 4/30, 5/4, 6)

In the Loop This almost unconscionably hilarious black satire imagining the behind-the-scene mishaps leading up to the Iraqi invasion plays like a latter-day Dr. Strangelove. But that's selling it short. Inspired by his own hit BBC-TV series The Thick of It, Scottish-born director Armando Iannucci translates the back-stabbing world of high-stakes diplomacy into a Joe Orton-worthy diabolical farce. Beginning with the verbal misstep of a minor British cabinet official, Simon (the outrageously deadpan Tom Hollander), a trans-Atlantic poker game ensues in which victory goes to the biggest foul-mouthed spin doctor. It's a prize that belongs hands-down to the outrageously caustic Peter Capaldi. Among the high spots in a cast with 28 speaking roles are appearances by James Gandolfini as a waffling three-star general, Chris Addison as a bed-hopping political fixer, and Mimi Kennedy as a tough bureaucrat with bleeding gums. (Kabuki, 4/28; 5/2)

The Boys: The Sherman Brothers' Story This moving tale behind the scenes of one of Hollywood's least well-known "first" families is enriched by some of the most gloriously happy lyrics produced in the last decade of the studio system. If you grew up loving Walt Disney's adaptations of Mary Poppins, Winnie the Pooh, or The Jungle Book, you may never have known that the men behind the music were brothers who could barely stand to be in the same room together. Jointly directed by their sons, who met only as adults, the story of Richard and Robert Sherman is such a roller coaster of highs, lows and pratfalls that the phrase "You can't make this stuff up" might well have been coined to fit the occasion. (Letterman Digital Arts Center, 4/25)

Lake Tahoe Fans of Fernando Eimbcke's bittersweet-funny first feature Duck Season will love this droll follow-up featuring the insane misadventures of a tall teen trying to fix a small red car in a backwater town in Mexico's Yucatan peninsula. Every time Juan (Duck Season's boy-seeking pipsqueak Diego Catano) seeks a simple part for under his crumpled hood, he becomes further entangled in the lives of would-be rescuers. An old man is secretly looking to rid himself of a too-human canine companion; a girl with a baby named "Fidel" seeks a night off to rock out; a handsome young mechanic (the fearsomely sexy philosopher Juan Carlos Lara) has a penchant for Kung Fu movies. These lovely miscreants unwittingly give Juan solace for a private sorrow. Intriguingly framed with Jim Jarmusch-style blackouts, this lovely little film withholds the secret behind its odd title in a way reminiscent of The Squid and the Whale. (Kabuki, 4/24, 5; PFA, 4/28)

Adoration Armenian/Canadian auteur Atom Egoyan returns to his experimental roots with this complex tale of a pretty teen (Devon Bostick) riffling through his fractured family's bizarre past with the help of today's techno toys and a goofy mentor (played by Egoyan's longtime artist partner/wife, Arsinee Khanjian). This is a real treat for fans of early Egoyan films like Next of Kin or Speaking Parts. (Kabuki, 4/25; PFA, 4/27)

Kisses This dark Irish fable about a couple of teens desperately fleeing abusive homes will enchant with its carefree, lyrical surface, while testing your heart with its cruel truths about the fate of kids in a feckless global world. Kudos go to young stars Shane Curry and Kelly O'Neil, and to their director Lance Daly, for not sugaring up his vision in this off-beat tour of nighttime Dublin. (Kabuki, 4/27, 28, 30)

Untitled Jonathan Parker's art spoof is witty and sharply observed, and makes good use of its talented leads: Adam Goldberg as a disgruntled, delusional modern composer, and Marley Shelton as a manipulative, overreaching gallery owner. This one is quite enjoyable until it paints itself into a predictable third-act corner. (Kabuki, 4/24, 25, 27)

Soul Power This rocking concert film carved from the outtakes of When We Were Kings (the Muhammad Ali-George Forman rumble-in-the-jungle heavyweight fight) is worth catching for its awesome views of B.B. King ("The Thrill is Gone") and soul daddy James Brown in the time capsule of 1974 Zaire. (Kabuki, 4/25, 27, 30)