Beyond the Flower Drum Song 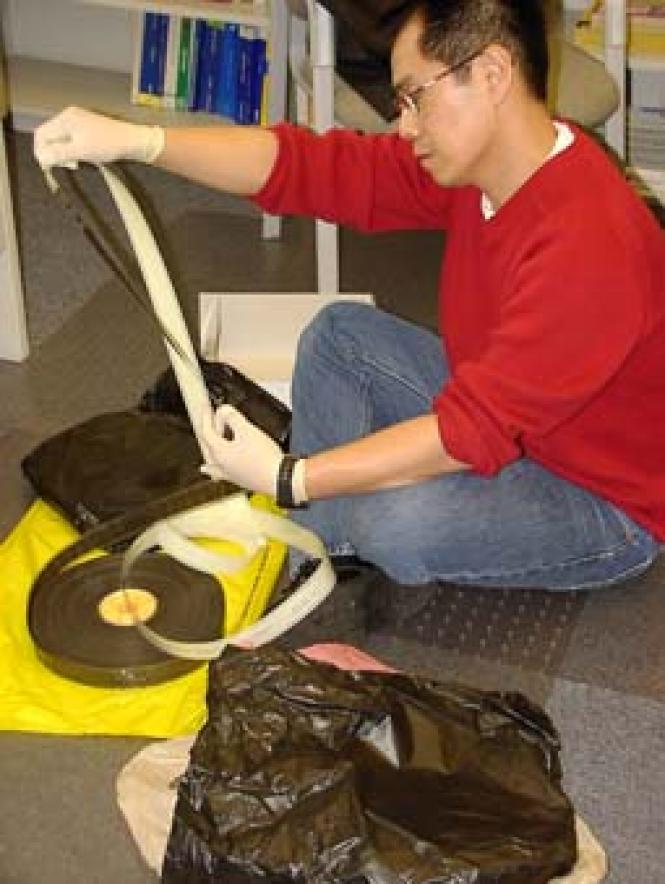 "I had a very high level of self-doubt and self-shame when I was a young boy. I hated myself Ã¢â‚¬â€ partly because of the way I was represented in the media. I also discovered very soon into my childhood that I was gay, and it was a very similar war of self-acceptance that I experienced as a gay person as I did being Asian American." Ã¢â‚¬â€ San Francisco-born, openly gay, Asian American actor B.D. Wong in Hollywood Chinese .

It should come as no surprise that the most fascinating moments in the new Arthur Dong film Hollywood Chinese come in a third-act coda that is such a witty and candid exploration of the combustible intersection of race and gender in the movies that it could as easily have been a part of The Celluloid Closet as a film devoted to the history of Chinese people in American feature films. Queer fans of Arthur Dong's pioneering trilogy on the war against homosexuality in America (Family Fundamentals, Licensed to Kill and Coming Out Under Fire) will relish an openly gay Asian American actor's description of playing the "virility card."

B.D. Wong, best known for his portrayal of the communist spy passing as a woman in David Henry Hwang's Broadway hit M. Butterfly, explains that for an actor who grew up in San Francisco under what he felt was the double stigma of being Asian and queer, his juiciest and most personally satisfying role came as a meth buyer in D.J. Caruso's wildly uneven drug noir The Salton Sea. "Salton Sea was a great creative playground for me, an incredible opportunity to play the virility card. What is the virility card? The virility card is a term I've just made up this very second for a role which comes your way which does not trade on the desexualized Asian male."

A major thesis of Hollywood Chinese is that the American film industry has long traded on depicting Asian women as exotic eye-candy, the playthings of white men, while at the same time feminizing or desexualizing young Asian men.

The heart of Dong's thesis in Hollywood Chinese is that the gatekeepers in Tinseltown have always had a shrewd sense of just how realistic a look at Chinese reality was commercially marketable Ã¢â‚¬â€ that is, culturally acceptable for white American filmgoers at any given moment. Dong explores how the earliest attempts to bring the wildly popular pulp novels involving detective Charlie Chan to the screen had the fortune-cookie motto-spouting sleuth actually played by Chinese actors. When these early films didn't sell, the studios created a hit series using a string of white actors in yellow face.

Dong's subjects explain that each era has brought with it new freedoms and accompanying pitfalls. The World of Susie Wong, with its gorgeous bi-racial star Nancy Kwan, was soon attacked in the Chinese community as giving credence to the image of Asian women as prostitutes. Later, Rodgers and Hammerstein's Flower Drum Song was briefly hailed as a captivating breakthrough, only to be denounced later by activists, fueled by 1960s ideology, as feeding stereotypical images of dancing fools speaking pidgin English.

B.D. Wong is eloquent in explaining why each new breakthrough can come to appear later like a hideous compromise or betrayal to the race. "I get a part in a movie like Father of the Bride, and I'm at once feeling like I've somehow been invited to a party that I've never been invited to before: world-class comic film actors, all white, a character that was not written for an Asian-American character. I won the role by merit, I was thrilled to have done so, and then I found myself in a kind of bed that I made, which was, 'You're cashing in the Asian-American desexualized chip.' I was always aware of this chip being cashed in, and I'm not at all regretful of it. What I'm regretful of is that I even have to have this discussion."

Paradoxically, the Taiwan-born Justin Lin, whose debut feature Better Luck Tomorrow, an unexpected Sundance hit, showed a darker side to the activities of a group of smart Asian American college students, notes that he's discovered to his chagrin that Asian audiences are not especially interested in viewing non-stereotyped Asian American characters, preferring instead to see white people in "exotic roles."

For queer audiences, Hollywood Chinese climaxes with a great victory for both the Asian American and gay communities: Ang Lee's accepting the Best Director Oscar for Brokeback Mountain. Opens Friday.