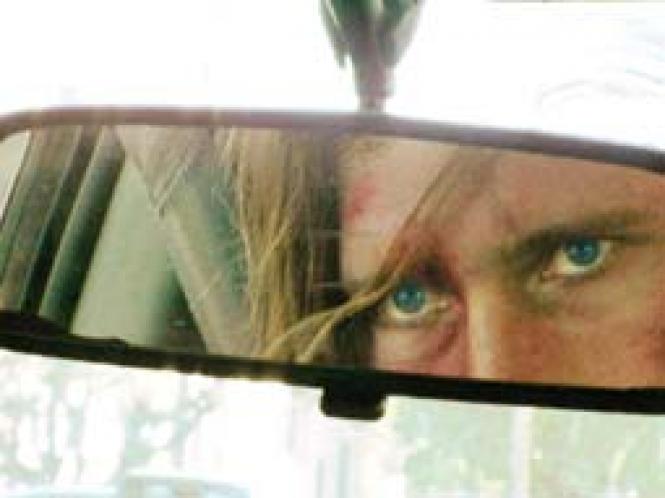 Our list pairs the best of the best Ã¢â‚¬â€ numbered films edge out their partners by an eyelash, or a dab of eyeliner.

1. 25-Cent Preview In a rare made-in-San Francisco film that is no postcard, Cyrus Amini puts the Polk Gulch on the same seamy map as LA's Santa Monica Boulevard. It's a riveting, digitally-shot portrait of adult boys with survival skills not found in Outward Bound. With touches of Cassavetes and John Huston, Amini's lost boys are on a ride as rocky as the 19 Polk, and as bracing as a punch in the face.

Mala Noche If you grew up on Drugstore Cowboy, My Own Private Idaho or Good Will Hunting, you may have wondered where Gus Van Sant found his groove. He tapped into the Beats, the film underground and Warhol to spin stories of still-pretty junkies, narcoleptic rent-boys and too-cool-for-school South Boston janitors, without leaving his audience exposed as lecherous old buggers in the making.

Tan Lines Are there any gay surfers? Director Ed Aldridge scoured Australia to find enough openly queer board-jockeys to populate his hilarious account of an adolescent struggling to come out (to himself) and exit a randy little island community.

3. There Will Be Blood Sometimes a filmmaker makes that unexpected leap to the top of his craft. Blood is Paul Thomas Anderson's Raging Bull. He pits a ruthless prospector (Daniel Day-Lewis, reaching heights of megalomania) against a mostly illiterate community of hardscrabble farmers whose natural leader is an earnest if slyly duplicitous young preacher (Paul Dano). (Opens 1/11 at the Bridge.)

The Bubble Before it pops, The Bubble oozes hot sex, complicated friendships and the glimpse of a parallel universe where Israel and Palestine could co-exist like New York and New Jersey. The subtly emotive Yousef Sweid gives us an Everyman for an upside-down world where hope is still a four-letter word.

4. The Life of Reilly Charles Nelson Reilly ranges from the jocular and anecdotal to a banshee-like wail as if he were a very queer Lear. We learn that the sissy-boy who was never allowed to come out eventually became a master of low camp. He is a throwback to the days when media sissies were valued for their sharp tongues and double entendres, their ability to dance around primetime TV's big taboos. There are remarkable home movies of schoolboy Reilly, seen with a sly grin as if he were relishing his future as a gay media maven.

Show Business: Road to Broadway It was a year Boy George figuratively duked it out with The New York Post (and almost literally with Rosie O'Donnell), a year an R-rated puppet-show took Broadway by storm. It took more than chump change to bring Taboo, Avenue Q, Wicked and Caroline, or Change to life, but the real story is the price of dreams.

5. Wild Tigers I Have Known Cam Archer opens with grainy footage of teenage wrestlers, shot off a TV screen. As we watch, puzzled at the low-tech audacity of it all, we hear a chorus of boys in a tribal chant. Finally we're confronted with the sight of a boy just past puberty, wearing sunglasses in the dark. Shrewdly placing an orgasm upfront in a movie that's a virtual tone-poem to sexual anxiety, confusion and madness, Archer teases us for the remainder of his audacious feature debut.

Into the Wild Sean Penn pushes his fearless leading man Emile Hirsch to give it up in a portrayal of this young Atlanta man's frenzied dash for total freedom, based on Jon Krakauer's bestseller. Penn and Hirsch test our patience with a time-tripping style of cinema that mixes fiction and nonfiction narrative styles, physical and emotional nudity, facial hair and hard-to-watch hunting scenes, in an effort to remind us how much of this country remains untamed, and to repair the battered image of the American hippie.

6. Control This film owes its power to a refusal to overplay its die-young, stay-pretty ending, and a scary good turn by Sam Reilly, channeling Ian Curtis. It's clear that bandmates and family never grasped just how close to the edge Joy Division's lead singer was.

Rocket Science Jeffrey Blitz pulls off the daunting task of wrapping a witty, clichÃ¯Â¿Â½-free script around a speech-challenged boy.

7. Atonement Joe Wright tackles a haunting story that brilliantly traffics in secrets and lies, an emotionally searing translation of Ian McEwan's novel. James McAvoy is riveting as a young working-class scholar betrayed by a terrible lie told against him by a precocious 13-year-old girl.

The Wind that Shakes the Barley After his flirtatious Patrick "Kitten" Braden, the crossdressing devil in Breakfast on Pluto, Cillian Murphy is transcendent as an idealist who sticks to his guns regardless of personal cost. Grieving for a deed he has not yet committed Ã¢â‚¬â€ the execution of a childhood friend Ã¢â‚¬â€ Murphy's agonized body language conveys the horrible, irreparable damage of war.

8. For the Bible Tells Me So Daniel Karslake, raised in a household awash with early Christian TV including a Sunday-morning show featuring Lutheran clay-animation puppets, has shrewdly constructed his film to debunk myths and blatant misinterpretations of the Bible's message on homosexuality.

No End in Sight The "Eureka" moment in Charles Ferguson's exhaustive catalogue of our government's fuckups is an Iraqi man crying at the sight of a burned-out building that once held irreplaceable artifacts tracing civilization back to early Mesopotamia. The building was sacked by mobs with their own definition of Operation Iraqi Freedom.

9. No Country for Old Men The Coen Brothers revel in the details of how a man flees an inescapable fate. Our hearts race as ordinary sounds, the unscrewing of a lightbulb, the beep of a transponder, signal impending doom as inexorably as a Biblical thunderclap. It's a riveting adaptation of Cormac McCarthy's novel.

Zodiac A shy cartoonist forms a goofy bond with a SF Chronicle reporter in a film that levels every movie clichÃ¯Â¿Â½ for depicting serial killers and the folks who spend every waking hour tracking them down. Soon these guys are sharing drinks with little umbrellas, and we're off to the races.

10. Gone Baby Gone The denizens of the Affleck brothers' furious adaptation of Dennis Lehane's excursion into the lower depths of Boston's Southie Irish hood are loud, uncouth, hyperviolent and endlessly fascinating. Casey Affleck battles pedophiles, murderous cokeheads, and corrupt cops to deliver an ending that may surprise and repulse, depending on your idea of family values.

Before the Devil Knows You're Dead Sydney Lumet uses a fractured storytelling technique to get to the bottom of this family train-wreck.