A queer look at Sundance 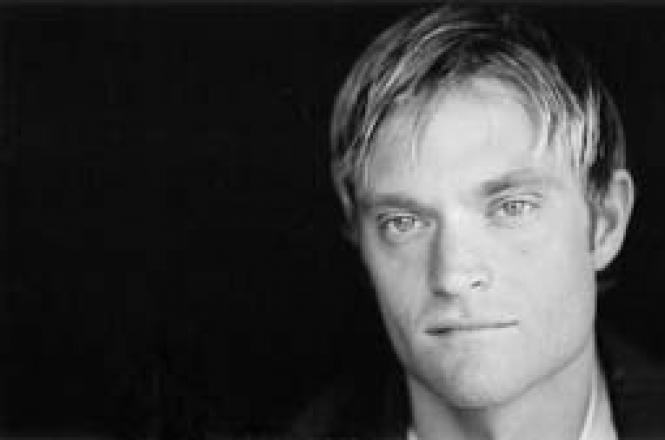 In a year that witnessed a significant evolution in the programming philosophy at the Sundance Film Festival, there was, as always, a large contingent of LGBT filmmakers in the venues and parties of Park City, Utah. The biggest buzz was generated by a pair of films dedicated to the long-troubled history between the LBGT community and evangelical religious groups.

Save Me In this long-awaited, queer-financed independent feature directed by Robert Cary, the openly gay TV actor Chad Allen plays Mark, a young man who rebounds from a fast-lane ghetto life into the clutches of an "ex-gay" Christian ministry whose leaders claim to be able to heal "sexual brokenness."

Save Me finds Mark torn between Genesis House's crusading director Gayle (Judith Light) and another member of the program, Scott (Robert Gant), a young man with whom Mark forms a tight bond that eventually develops into a forbidden love affair.

The film, with a script by veteran gay actor Craig Chester (with Alan Hines and Robert Desiderio), reportedly walks a fine line in demonstrating the harmful effects of religious bigotry, while not condemning all Christian efforts to minister to troubled queer individuals.

I spoke to actor/producer Chad Allen in 2005 about his plans for Save Me, and his experience working on End of the Spear, a Christian-produced film about young missionaries killed in the jungles of Ecuador.

"[Before] making End of the Spear, I assumed that right-wing, hard-core Christians who were speaking out against the gay community must be bad, because the effects of their words were so horrendous. While there are individuals who hate and have fear in their hearts, the vast majority are doing what they believe is the most loving thing. So it's time that we just have a conversation about love. I think that's what Save Me does."

For the Bible Tells Me So Writer/director Daniel Karslake (with Nancy Kennedy) attempts to debunk what he believes are myths and blatant misinterpretations of the Bible's message on homosexuality in a documentary that reportedly combines wit and reason, and the testimony of the out offspring of some prominent political families, including the out lesbian daughter of former House Democratic leader Dick Gephardt, Chrissy Gephardt.

"Growing up in the Catholic Church, it was never something that I heard explicitly. But I definitely knew that that was part of the Bible," said Gephardt. "There were two things that were an abomination: homosexuality and suicide."

Director Karslake hopes his film will undercut the pernicious influence of false teachings. "There are a lot of hate crimes across the country against gay and lesbian people, and many times, the perpetrators of those crimes point to the Bible."

Life Support "HIV is the leading cause of death for black women ages 25-34. The leading cause! And if your man just came out of prison, get him tested. You don't know what he's doing up there, all you know is what he tells you."

"Well then, you need to kick Carlos to the curb!"

Queen Latifah has a conversation-stopper in this passionately told docudrama based on the story of first-time writer/director Nelson George's sister. Ana Wallace (Latifah, who executive produced, along with Jamie Foxx) is a middle-aged woman who kicks drugs only to face the challenge of surviving AIDS while convincing members of her Brooklyn community to take proven if unpopular risk-reducing strategies to heart. Life Support won the coveted Sundance closing-night film slot.

Tuli A delightful surprise in last year's queer film season was The Blossoming of Maximo Oliveros, the tender, bittersweet coming-of-age story of a Filipino sissy-boy who develops a crush on a beat cop, despite the fact that his own rambunctious male clan is among the neighborhood's biggest lawbreakers.

Blossoming is a fine queer film and one of the best films produced in the Philippines in decades. Now its director Auraeus Solito has produced a second feature, revolving around a young girl who assists her father in performing adolescent circumcisions as a male rite of passage. As she matures, Daisy finds herself yearning to outgrow the strictures of her tiny, male-ruled universe. A chance crush on another young woman provides an avenue of escape. It's a second opportunity for this talented young filmmaker to explore the ties that bind and stifle queer expression in many third-world societies.

An American Crime Openly gay director Tommy O'Haver (with co-writer Irene Turner) tries his hand at a genre of filmmaking that seems worlds removed from his debut efforts, the quasi-autobiographical Billy's Hollywood Screen Kiss and the Harvey Weinstein-backed, Shakespeare-inspired teen comedy Get Over It .

With An American Crime, O'Haver tackles a horrendous real-life atrocity committed by the troubled female head of a large Indiana brood. The versatile Catherine Keener plays Gertrude Baniszewski, a woman who finds a dastardly way out of the double curse of poverty and her own shaky mental balance.

Smiley Face Mysterious Skin's brilliant Gregg Araki (with writer Dylan Haggerty) takes a filmmaker's version of a busman's holiday, telling the hilarious misadventures of a young woman who wolfs down a whole tray of her roommate's pot-laced cupcakes, then spends the balance of the film trying to gather the ingredients and equilibrium to bake some replacements. Jane (Anna Faris) is a hoot, whether failing to back her car out of her garage, or conversing with a strange voice on top of an LA Ferris wheel.

Trade The delightfully boyish queer helmer Marco Kreuzpainter, who last pleased with Summer Storm, his sexy tale of mischief by humpy young rowers at a German lake paradise, now does a complete switch in theme and tone to tell the story of children abducted into sexual slavery. Kevin Kline plays a Texas cop searching for a lost relative who joins forces with the young Mexican brother of one of the kidnapped girls. It's one of several Sundance tales that play out across the perilous if porous US/Mexico border.

Year of the Dog The directing debut of openly queer writer Mike White (Chuck and Buck), this woman-and-her-dog story is billed as a mix of comedy and pathos, sporting a top-flight supporting cast: John C. Reilly, Laura Dern and Peter Sarsgaard.

A Very British Gangster Donal MacIntyre spices up the British thug genre with a real-life tale of a very dangerous and, as it turns out, very gay mobster. The dude with the unlikely handle of Dominic Noonan gets his story told to a lively rock beat in this stereotype-challenging drama.

Protagonist Writer/director Jessica Yu plays with the dramatic form itself in this experimental doc with a kinky cast that includes an "ex-gay" evangelist.

As usual, queer filmmakers have a lot to contribute in the short-film form. In I Just Wanted to be Somebody, San Francisco's acclaimed Jay Roseblatt (with writer Fenton Johnson) provides a unique portrait of 70s orange-juice queen Anita Bryant, through the intercutting of newsreels, TV ads and her own home movies. In Scaredycat, filmmaker Andy Blubaugh ponders the aftereffects of his beating by five young men. A Day Out has South Korean filmmaker Jong Yoon examining the sexual subtext lurking between two military guys who share a prostitute in a seedy motel room. Death to the Tinman is Ray Tintori's award-winning dissection of how this friend of Dorothy lost both limbs and lover. In Doorman, Etienne Kallos (with writer Diana Fithian) examines the fallout when a New York City Latino doorman is seduced and abandoned by a bratty college kid. In Isold Uggadottir's Family Reunion, a New York dyke's attempt to proclaim her identity to her relatives is sabotaged by unexpected family baggage. Cynthia Wade's Director examines a lesbian cop's struggle to bequeath her police pension to her lover Stacie.