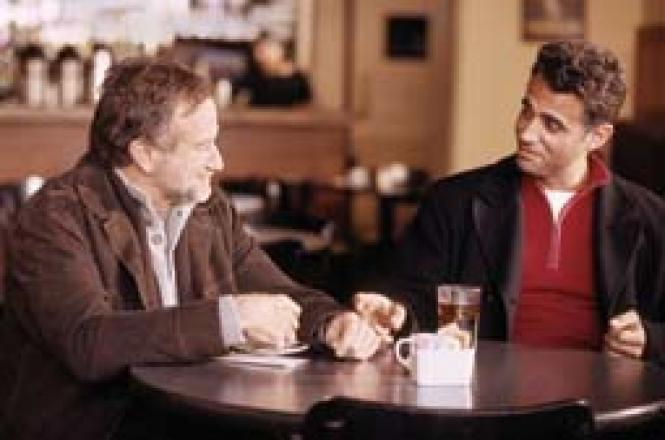 The world has indeed changed since Armistead Maupin's Tales of the City appeared in the 1970s as a serial in The San Francisco Chronicle. Later, the columns were compiled into books, and there have been persistent rumors that Maupin has been working on yet another installment.

Fans will be glad to hear that another chapter will be out in the summer of 2007, though the author stresses that it won't be a continuation of Tales of the City, per se. "It's a novel told from the viewpoint of Michael Tolliver, the central gay character of Tales," explained Maupin in a recent interview. "He's 55 and a gardener living in San Francisco. He's HIV-positive, surviving with the help of Compevir, Lipitor, Welbutrin and Viagra."

Impeccably groomed and robust, Maupin took a brief respite from writing to talk about The Night Listener, a film adaptation of his novel of the same name. The story was inspired by Maupin's six-year phone relationship with Tony, a young boy dying of AIDS, a boy who turned out not to exist. Con artist Vicky Fraginales, pretending to be his mother, impersonated the boy. "She could be whatever you needed her to be," says Maupin.

An equal opportunity exploiter, Fraginales scammed many bright, accomplished people, including Fred Rogers (Mister Rogers), the author Tom Robbins, broadcaster Keith Olbermann and the gay writer Paul Monette, who, ravaged by AIDS, was close to the end of his life. "He was glad to talk to the child, whom he saw as a fellow moonwalker, as he put it, someone who could share his experience. What a violation he must have felt," says Maupin, who shares the wry wit and gentleness of the lead character in the film, played by his longtime friend Robin Williams. Unlike that character, however, he didn't have difficulty entertaining the possibility that he was being conned.

"I was excited because I felt this extraordinary story had fallen in my lap," he recalls. "At the same time, I didn't have any proof that the kid did not exist. So I was left in a kind of limbo." Any doubts he may have had were laid to rest after premier voice analyst Tom Owen, a man who identified a tape from Osama bin Laden, concluded that the two voices were from the same person.

Though San Francisco has been his home since 1972, Maupin retains a playful Southern charm from his years growing up in North Carolina, where, yes, in the late 1960s, he worked as a reporter at a television station owned by Jesse Helms, who broadcast firebrand editorials nightly. "It's the only dark secret I have, and it's hardly a secret," he says. "Jesse saw me as his protÃƒÂ©gÃƒÂ©. I can barely imagine it now myself. It might help to know that at the same time I was a Goldwater conservative and a naval officer, so was Harvey Milk. Just goes to show how much San Francisco changed my life, how much it opened up my heart and allowed me not only to see my own oppression, but the oppression of other people who were denied the American dream."

Over the last few decades, Maupin has witnessed revolutionary changes in the gay community. "I do feel sorry for gay people who have not had the experience of feeling that their personal lives were part of a major revolution. That's what those of us who came of age in the 1970s could feel. The sense that even a one-night-stand had political content in those days, because it meant that you were living your life freely and in defiance of the greater culture."

He has also seen and written about how AIDS, the specter of death that came with it, and the army of drugs available to treat or halt the progress of the disease have had a profound effect on relationships and sexual politics. Credited with coming up with the phrase "the cosmic joke of protease inhibitors," he prefers a term he coined in The Night Listener that refers to cocktail divorces, people whose lives were suddenly changed because of the possibility of surviving. "It worked in both directions," he says. "It wasn't just HIV-positive people leaving because they knew they had a fuller life ahead. It could be the negative partner leaving because he realized he wouldn't be leaving a dying person. It took the guilt out of leaving."

Maupin still finds his adopted city endlessly stimulating, the most "physically magical place" he's ever been. "There's something surprising me all the time. I love the rebellious, free-spiritedness nature of the population. The advances in human rights, the new frontiers of the LGBT community are fascinating to me. I have a transman in the new Tales. San Francisco never stops pushing the boundaries and trying to extend human freedom, American freedom to everyone who has yet to receive it."