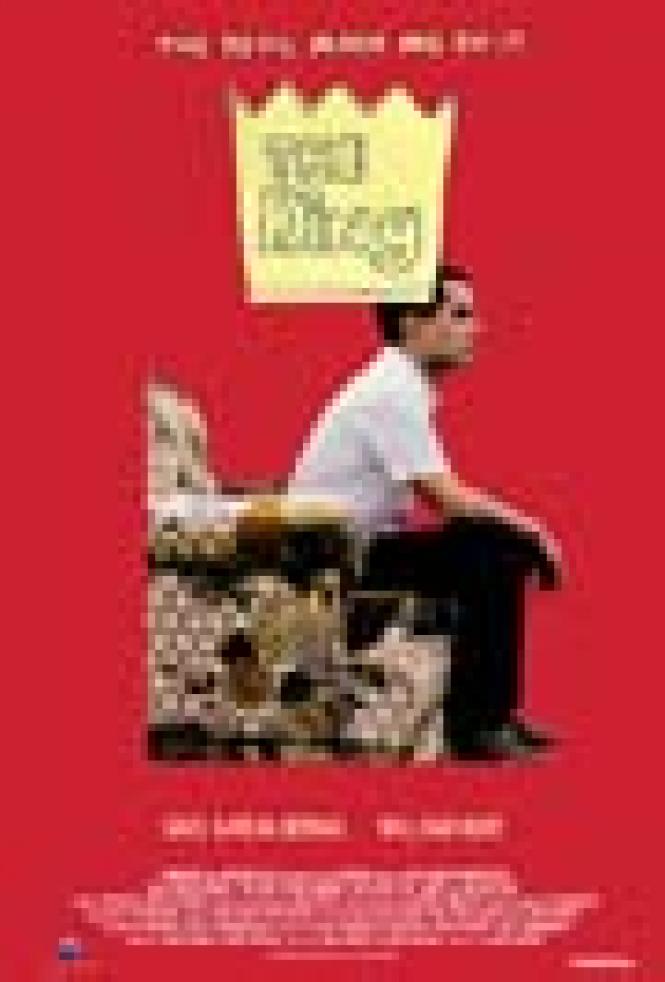 "Elvis is coming to dinner."

By the time this line is uttered by a Texas minister's wife, you know damn well The King is no comedy. The title character in this fascinating if slowly paced religious thriller from director James Marsh (The Wisconsin Death Trip ) is another charming, unreliable anti-hero, the trademark of the scorching hot Mexican actor Gael Garcia Bernal. Mustering out of the Navy, Elvis tells his shipmates he's going home. Jumping off a bus in Corpus Christi, a Texas beachtown, Elvis hooks up with the town's madam, plants his belongings in the tackiest motel available, buys a 1969 Mercury Cougar, hires on as a pizza deliveryman — all this as a prelude to meeting the man he believes to be his birth-father, the town's most successful born-again Christian preacher.

Tailing him home from church in the Cougar, Elvis confronts Pastor David Sandow (William Hurt) with the news that he is the offspring of the minister's long-forgotten assignation with a Mexican prostitute, Yolanda. After a significant pause, the preacher points to his SUV and says bluntly, "That is my family, and that is my house." The scene is nimbly set off by a delicious war of competing body language: Gael's Elvis radiates the hurt look of a boy deprived of his last wish on Earth, while Hurt's brilliant take on Sandow has the minister hitching up his pants with the confident swagger of a man who is the master of his domain.

We soon learn that all is not right in this God's house. Daughter Malerie (Pell James) is very impressed by this stranger. Elvis and Malerie's fiery carnal knowledge becomes the engine of the film, an odd mixture of the dark religious themes of Pier Palo Passolini with the Southern Gothic quirks of Flannery O'Connor.

Malerie's older brother Paul (Paul Dano) is perhaps the story's most original creation: a non-self-righteous Christian rocker whose attempts to push "Intelligent Design" in his secular high school run afoul of politics, while his own fate is determined by a Cain-and-Abel confrontation with a half-brother from hell. Dano gives us an engaging young man with honest if misguided convictions.

Many who see William Hurt as Pastor Sandow will wish that Oscar had smiled on this harrowingly true performance instead of his neo-camp turn as a crime boss in The History of Violence. Hurt reveals layers of feeling in a minister whose belated desire to account for his sins as a man only adds fuel to the fire.

At times The King, by first-time feature director Marsh, seems weighted down, its symbolism a bit too close to the surface. We see a father/son hunting Bambi with a bow and arrow, the Christians drive trophy SUVs, while Elvis, the anti-Christ, preys on souls in the sleek predator of a 60s muscle-car. There's a virgin sacrifice, the good brother is slain by the treacherous one, the body of the slain boy stripped down like Christ's, the blood washed away in a river.

Ultimately, the pleasure you derive from The King rests on how much fun you have with Bernal, whose Elvis becomes a sympathetic if totally lost soul. This is a religion-professing country that usually turns a cold shoulder to films with spiritual aspirations. The King has the very thankless task of doing God's work at the movies.