If he only had a heart 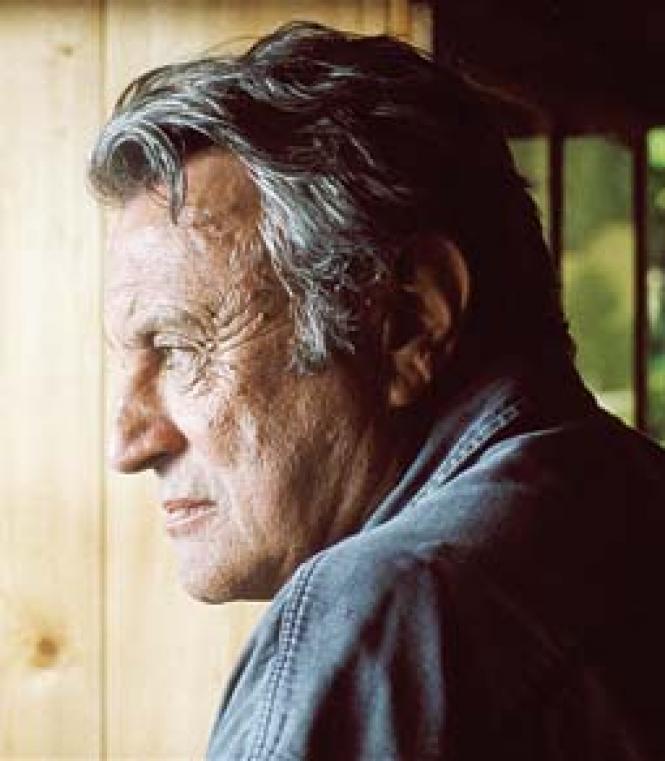 In The Intruder, a beautifully shot if rather opaque new film from French director Claire Denis, the opening scene features a young woman, employed as a customs inspector along the Swiss/French border, asking a man to exit his vehicle so that her government-issued dog can get a good sniff inside. The young woman later goes home, where her insanely gorgeous boyfriend/husband (Gregoire Colin) uses the rituals of her job, especially her authority to get people to submit to searches, as a pretext for hot sex.

Nothing else that follows in this extraordinarily well-photographed film — shot in postcard-perfect slices of Europe, Korea and French Tahiti — will be that easy to describe, let alone explain. The young couple, it turns out, are not the film's main characters.

Denis, whose enigmatically plotted Beau Travail (starring Colin as a young recruit in the French Foreign Legion) was a hit on the queer film festival circuit in 2000, has fashioned a moody portrait of an aging Frenchman, Louis (Michel Subor, also in Beau Travail) who lives with two Siberian Husky-like dogs in what appears to be a national park. Louis, who seems to get his dough through illegal enterprises, is suffering from heart troubles. Obtaining a new heart on the black market, he stresses to the young female courier taking his order that he doesn't want a woman's heart.

Louis develops wanderlust, deciding to head out to Tahiti where, as a much younger man, he fathered as son. Having a poor relationship with the son he knows, Sidney (Colin), it's not clear why Louis wants to try the parent trap on the other side of the planet, but then, very little about The Intruder ever becomes very clear. As loosely based on Jean-Luc Nancy's L'Intrus as Beau Travail was on Melville's Billy Budd, the film is winning a following among critics who prefer "pure cinema" over carefully plotted stories.

While Beau Travail was carried along, at least for gay men, by a vibrant feast of homoerotic images, not the least of which was the then-24-year-old Colin as a skinhead recruit getting all sweaty in the desert, The Intruder 's claims on our attention are subtler. Denis' director of photography Agnes Godard uses the super-35MM format to great aesthetic advantage, both in breathtaking panoramas of European forests with dogs running through the snow that seem freshly torn from Dr. Zhivago or the Brothers Grimm, or in the achingly intimate moments where we feel like another character in the room.

The dialogue-sparse film spends many moments just feasting on small slices of life. A close-up on the face of baby is held long enough for us to feel that we may have read the infant's mind; the body of an older man, a body in an active state of betrayal, is compared to the well-toned body of his son still obeying its master's commands, an implicit, haunting commentary on life's cruel, swift passage.

The European passages of The Intruder feel more lived in and emotionally accessible than the Tahiti scenes. We never quite grasp the nuances of the inner lives of the Tahitians, although an amusing interlude has a village council attempt to find a "son" for Louis, as you might select a day laborer from a union hiring hall.

The film gets a giant boost from its cast. Subor's craggy, lived-in face, with warts and liver spots resembling the patina of a well-aged Flemish master, carries us along on a journey of discovery, as if we believed his hope that his new heart truly means a new lease on life. Guys like this are extinct in American movies, and damn rare even on French screens.

Gregoire Colin, who first astonished as a 17-year-old street hustler who becomes a grieving family's lost son in Olivier, Olivier, has seemly grown up right before our eyes into a very masculine, boyish man. An actor whose silences are expressive, he's been Denis' chosen instrument in five films. It's just a pity he doesn't more notes to play this time around.

The Intruder, however sketchy its plot or character motivations, is lavishly mounted, and will not fail to engage the mind and the eye on the huge Castro screen, where it plays March 31-April 6.