This year in Palm Springs 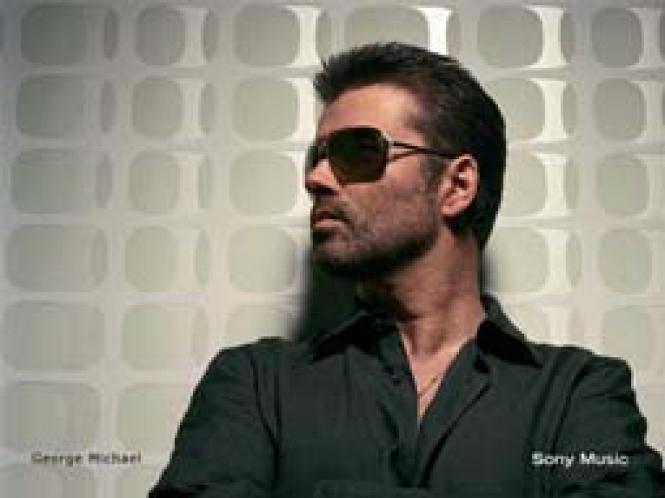 Bigger, brasher, and more crowed than ever, the 17th Annual Palm Springs Film Festival brought in celebrities and packed theaters this month. As one would expect with ticket sales up about 22%, long lines and frayed nerves became the rule and not the exception. Former San Franciscan Jim Tushinski's Peter Berlin: That Man sold out its local screenings, and now there's word of a booking at San Francisco's Castro Theatre. Some other popular homo hits that may show up in a few months at Frameline's LGBT film festival, or have a commercial release, follow.

George Michael: A Different Story (United Kingdom) Director Southan Morris offers a fascinating, rocking autobiography, allowing Michael to tell his own story, in his own words, supported by interviews with Elton John, Mariah Carey, and others. The good news is that Michael spills all the beans, from teeny-boppers to tea-room busts. He's beginning to look a bit paunchy and not nearly as attractive as former Wham!-mate Andrew Ridgeley, who is interviewed with Michael for the first time in 20 years. In short, this is a mesmerizing film, and Michael comes off as smart, self-possessed, and extremely talented. If you're too young to remember, or so old you forgot, Michael's music was, and still is, sensational. Don't miss this movie when it comes around.

Adam and Steve (USA) This good-natured man-meets-man Manhattan romantic comedy is written and directed by Craig Chester, who also plays Adam. Making its debut at the festival, Adam and Steve was the centerpiece of this year's gay programming, but it is memorable mostly for its essential sweetness. Chester doesn't break any new ground here, yet the film stands out due to an incredible supporting cast that includes Parker Posey, Sally Kirkland, Paul Sand, and Julie Hagerty.

A Year Without Love (Argentina) Handsome Pablo is HIV-positive and living with his crazy aunt in Buenos Aires while hanging out in leather bars and S/M clubs. Does he go on protease inhibitors or not; will he find love via his personal ads, or settle for quickies with leather daddies; will he ever find success as a writer? A dark, slow, and somewhat disturbing film, A Year Without Love is also strangely compelling, at times hypnotic. I had dreams about it.

C.R.A.Z.Y. (Canada) A hit in its native country, this warts-and-all family portrait rings true. It centers around Zac, the fourth of five sons born to a French-Canadian couple. The first letters of the boys' names constitute the acronym in the title, which is also the name of the Patsy Cline song heard throughout the film. Marc-Andre Grondin's Zac is handsome, sexually confused, and totally believable. There are no good guys or bad guys, just mixed-up people trying to make sense of it all over a 20-year period, beginning in 1960. Zac struggles to accept his homosexuality and starts by fag-bashing the boy he will ultimately start dating. C.R.A.Z.Y. is a film of intelligence and integrity, with a great pop soundtrack.

Simon (Netherlands) The Dutch went wild for this dramedy about a shy gay dental student, Camiel, who has a chance encounter in 1988 with a good-natured, drug-dealing, hetero boor named Simon. The men become friends and travel together to Thailand, where Simon gets work as a stuntman in an American film. They lose touch with each other until a second-chance encounter years later brings them back together. This time, the party-hard Simon is dying of cancer.

Simon is not without its quirky charm, despite the fact that it evolves into a polemic about assisted suicide. And the film certainly affirms Holland's reputation for sexual, religious, and racial tolerance. Yet despite all their proto-libertine behavior, I still wish the Dutch could make themselves more interesting.

Cold Showers (France) Sort of a teenage Jules et Jim, the plot revolves around a suburban high school judo team. A rich boy joins the team and partners with a poor boy with a pretty girlfriend. You know where it goes. Thematically, it's about growing into one's sexuality, and learning to accept change, in life and relationships. But mostly it's about the impossibly beautiful young French boys on the judo team. Lots of eye candy here, in various states of undress, supported by director Antony Cordier's quintessentially French approach to storytelling. Very little happens, but it happens naturally as one frame leads to another, illustrating the inevitable inertia of life and the delicate impact this motion has on one's personal emotional terrain.