My own private Mala Noche 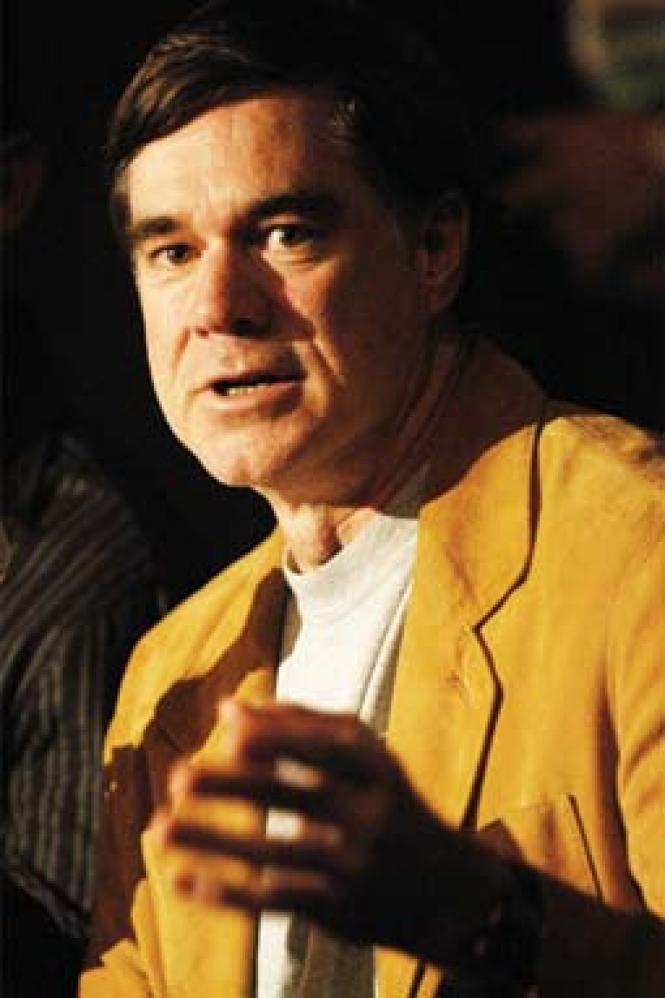 Twenty years ago, when the New Queer Cinema was still a dream, I was struggling to keep a gay show on the air at a Berkeley FM station whose tape-recorders were even less reliable than its politics. Discovering that a conversation I had conducted with a young filmmaker had probably not been recorded, I asked Gus Van Sant if he would mind coming over to my house to complete our chat so I could finish my story about his first feature.

Mala Noche had found its way into Van Sant's life in 1977, when a friend handed him a copy of a disturbing, dark book by an irascible Oregon poet, Walt Curtis. Van Sant told me that at first the mere possession of the book thrilled him more than any possibility that its lurid story could become a real movie. "I read it at home, and it was filled with all kinds of pornographic images of Curtis and these two Mexican kids. I actually kept it hidden under the bed where I was staying because I was too afraid that people would see that I was reading it."

To this day, Gus Van Sant possesses the only print of Mala Noche. I've seen it twice, so its images remain dreamlike in the brain: a darkened hotel room, a lightbulb swings over a bed not quite revealing a moment between a youngish man and a boy barely out of his teens, who demurely refuses to take off his jockey shorts. Back at my house. the young actor who plays Pepper, aspiring boxer Ray Monge, explained why he refused to fully disrobe or even kiss during the film's big sex scene. "I think I was pretty much like Pepper would have been in life. I think that's why the movie is real good."

This week, audiences at the Sundance Film Festival have two chances to see Van Sant's newly reworked, high-definition version of Mala Noche, to glimpse a film genius in the making, and catch a story that both fascinated and alarmed Van Sant. It's a William Burroughs-influenced tale of the infatuation and unrequited love/lust of a middle-aged poet/shop-clerk for a young con artist/illegal Mexican farm-worker.

Even today, Mala Noche's male-Lolita tale of obsessive love bordering on pederasty can still sting. Van Sant told me he couldn't find any actors to play the kids from Portland's then-growing farmer-worker community. "They seemed to think of theatre and cinema in a religious way. A film about homosexuality is just not done."

Ironically, in today's Sundance-driven independent-film market, queer-themed films take on an almost religious aura. They're still the gold standard for taboo-challenging, shit-disturbing, button-pushing movies. Of the current crop of queer-themed films at Sundance this year (through January 29 at Park City and Salt Lake City, Utah), Auraeus Solito's The Blossoming of Maximo Oliveros seems to best fit the bill.

Living with his family of petty criminals in the underbelly of Manila, 12-year-old Maxi is the queer kid who functions as the woman of the house, or dalaga, performing the domestic chores once undertaken by his late mother: cooking, mending, braiding hair. Maxi recreates beauty pageants, shops for clothes, and catches films on DVD screened at a hang-out for slum kids. One day, Maxi's world is upended by the appearance of Victor, a beautiful young rookie policeman. Solito's film, from a script by Michiko Yamamoto, starring Nathan Lopez and JR Valentin as Maxi and Victor, depicts the risky thrill that a respectable life with Victor, beyond the reach of his outlaw family, poses for Maxi.

The other queer feature I've screened, Julian Jarrold's Kinky Boots (script by Tim Firth and Geoffe Dean), at first glance appears to be a tongue-in-cheek remake of Priscilla, Queen of the Desert, with the action switched from the Aussie outback to a Northampton shoe factory. Faced with rejuvenating the family business upon the sudden death of his father, Charlie Price (Joel Edgerton) decides to take a chance on the designs for a flaming red boot with a stiletto heel, the brainchild of a saucy, cross-dressing cabaret singer whose stage name is Lola — a startling role-reversal for Chiwetel Ejiofor, last seen as the immigrant hotel worker forced to engage in the black market for reusable body parts in Dirty Pretty Things . The question that Charlie and Lola have to answer: Is there a market for proper sexy boots for women who look like men? "You're not making boots, you're making two-and-a-half feet of irresistible tubular sex."

Kinky Boots could be a real crowd-pleaser. The boys' efforts to get their boots to a fashion show in Milan have their share of mostly amusing pratfalls along the very shaky line that divides the sexes, however many of them there may be.

Sundance is a 10-day marathon dance: this year, 120 features and 73 shorts compete for the attention of filmgoers and, as importantly, film-buyers. Of the short films, the shortest is a minute, the longest clocks in at 41. Silas Howard's What I Love About Dying is described in the official festival program as putting the fun back into going to funerals. Howard is best-known by queer film fans for the transgendered drama By Hook or Crook, completed with partner Harry Dodge. Lovinsa Kavuma's short, Rape for Who I Am, explores sexual assault against South African lesbians, who are protected, in theory, by one of the most queer-friendly constitutions in the world.

Malcolm Ingram's new documentary Small Town Gay Bar explores the world of Deep South queer watering holes, focusing on life around two Mississippi bars, Rumors and Crossroads. Pubs like these are pretty much the only gay oasis to be found outside the local MCC Church.

Outside of queer cinema, some of the best times can be had watching what can only be described as "Sensitive Guy Cinema." Topping my list is the latest from San Francisco's own Terry Zwigoff. Art School Confidential is Zwigoff's second collaboration with screenwriter Daniel Clowes. Their previous outing, Ghost World, garnered them an Oscar nomination for best adapted screenplay. The story follows the travails of Jerome Platz (Max Minghella), who, in the opening credits, is being punched repeatedly in the face by a schoolyard bully. Thinking things will be easier at art school, Jerome is dismayed to learn that the sadism of his childhood has been taken to new levels, as neurotic fellow students criticize his work in a manner less appealing than a good right to the jaw.

Gradually, Jerome learns to play the art-school game. The excellent ensemble includes John Malkovich as a self-absorbed teacher, and a scene-stealing turn by Jim Broadbent as the world's most self-hating failed artist. Young Minghella has a nice range that shifts betweens dewy-eyed naive and cynically suicidal. The young man's face, itself a work of art, is marked by the world's thickest eyebrows.

Sundance has been singularly adept at providing a spotlight in recent years to the burgeoning nonfiction-film world. This year, American Blackout challenges assumptions about the disenfranchisement of African American voters, and An Inconvenient Truth gives a platform to Al Gore's prophetic sermon on climate change. Music-based documentaries are alive and well. Awesome: I Fuckin' Shot That is about the Beastie Boys; American Hardcore examines how punk rock changed the nation's musical habits in the mid-80s; Beyond Beats and Rhymes takes a look at hip-hop's chaotic universe; Leonard Cohen's moody ballads are recalled in Leonard Cohen: I'm Your Man; and Jonathan Demme takes a hard look at Neil Young: Heart of Gold.

Sundance.org will offer a selection of 50 festival's short films every day through Sunday, Jan. 29. The Sundance Channel features updated news and buzz on a half-hour capsule, Festival Dailies.