Survivors from the dance wars 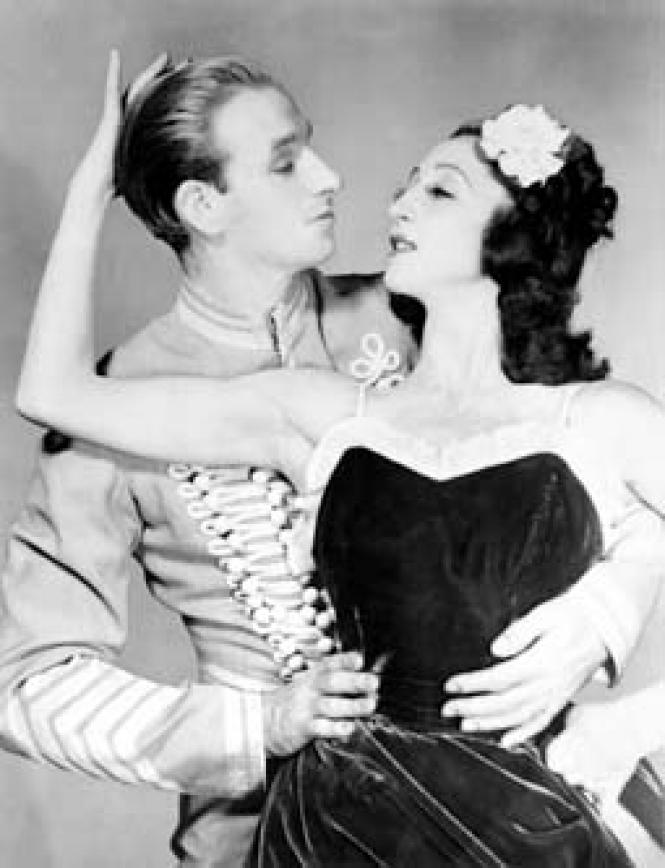 A scene from Ballets Russes.

In the new documentary Ballets Russes, the filmmaking team of Dayna Goldfine and Dan Geller has given us a stunningly thorough insider's account of the birth and growing pains of an artform unique to the 20th century: the ballet dance movement that sprouted in Russia and would inspire contributions from a pantheon of European artists — Diaghilev, Nijinsky, Balanchine, Picasso, Miro, Matisse, Stravinsky. Buffeted by revolution, Depression and two world wars, ballet would eventually find its fulfillment in a new world before audiences, as one participant remarks, that would have initially been unable to distinguish a tutu from a pirouette.

Goldfine and Geller provide a witty oral history of ballet's first baby steps. They are aided by some hardy survivors from the two companies-in-exile that emerged after the 1929 death of Ballets Russes founder Sergei Diaghilev. Goldfine and Geller harvest the childhood memories of a group of hardy octogenarians who, because they started dancing in their teens, can hardly be said to have had a childhood, like so many of today's media prodigies. The best of many fine moments in this two-hour film occur when those old eyes enjoy the ecstasy of reliving their early performance triumphs with us, courtesy of some riveting archival footage. Ballets Russes is a mesmerizing demonstration of graceful aging, as women and men in their 80s actually have the stamina and agility to take us and young students through some of their most taxing moves, and not collapse in a heap, as most of us would probably do.

The core of the film deals with the onset of what the survivors term "the ballet wars" that broke out in Europe as the strong-willed heirs of Diaghilev fought over his legacy. We learn how pioneering choreographer George Balanchine was forced out of the original successor company, and how the impact of this dance-world coup d'etat affected the role of male dancers, among other things. Balanchine was a believer in the primacy of the ballerina. A nice aside comes when the women recall how their dance steps as well as their libidos were impacted  by the arrival in their company of the gorgeous George Zoritch. Another delightful oddity is the knowledge that a young Florida-born dancer, Wakefield Poole, would apply his classical musical training from the ballet world to the creation of groundbreaking gay male pornography such as Boys in the Sand.

Ballets Russes explores the hardships endured by both rival companies when the ballet wars were superceded by the ugly specificity of World War II. The film gives an ironic twist to the long-observed phenomenon that the Russian Revolution brought almost nothing but disaster to the Motherland while bestowing great cultural riches on America. Goldfine and Geller demonstrate how the companies brought ballet first to the hinterlands of the United States, and how, gradually, vast new audiences were developed in Latin America and Australia. There's also a neat chapter about the now-mature dancers' brief sojourn through Hollywood, where a young company member, Marc Platt, adapted to the muscular style favored for the big screen. Platt's many Hollywood and Broadway roles included a featured performance in Seven Brides for Seven Brothers .

Ballets Russes starts to run out of steam when its story confronts the rather different challenges faced by the post-war dance world. While the shameful chapter of how Jim Crow laws brought a premature end to the promising career of Raven Wilkinson is a necessary and sobering aside to the otherwise good social karma wrought by the dancers  — an incredible moment has a gang of robe-clad Klansmen invading a rehearsal stage to hunt for black performers — the story of Agnes De Mille and her creation of an indigenous American repertory feels like a wonderful chapter in another film. But for those who desire an inside-baseball-like devotion to the messy, business side of the dance world, this is the film for you. Kudos to co-producers Robert Hawk and Douglas Blair Turnbaugh for the original idea that has resulted in a film that will be required viewing for dance aficionados for eons to come.

While the present-tense interviews with 20 members of the two Ballets Russes companies will play splendidly on DVD, one should definitely see the film in a theatre to get the full impact of its awesome archival dance footage, some in color, that provides a notable exception to the old adage that great choreography, like live theatre, only survives in the memories of those privileged to see it unfold in real time. Now playing .