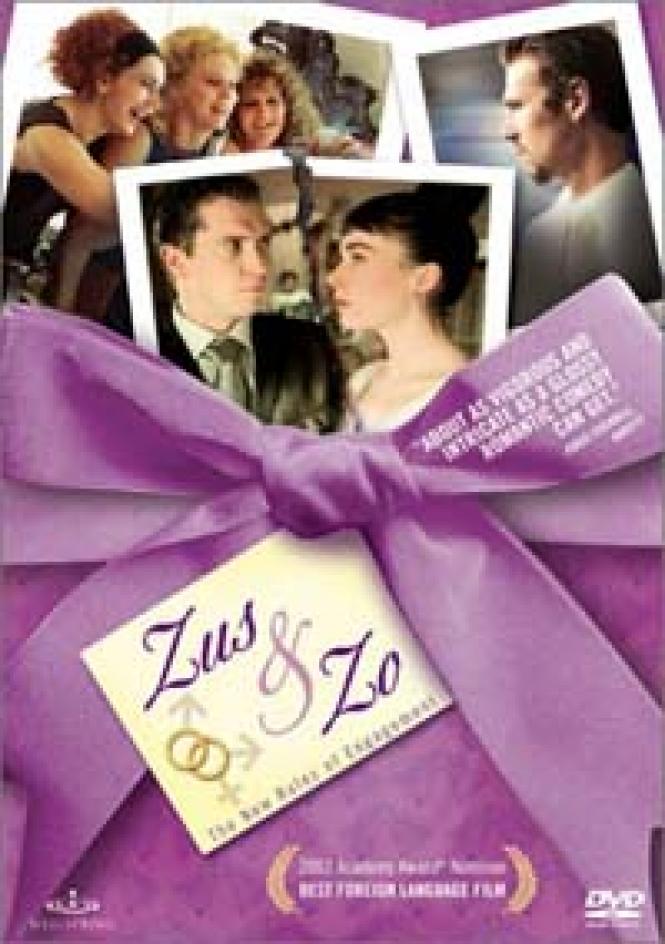 Zus and Zo is a dysfunctional family comedy from the Netherlands out on DVD. This sprightly offering focuses upon three sisters in their prime who don't really care for each other that much. One's an obsessive human rights activist, another's a conceptual artist without much of a concept, and the third's a journalist working ferociously on an article about her family's sex life. Amidst the three, there's much nit-picking, browbeating, and even adultery. But suddenly all that must be put aside. The gals have a reason to unite.

Their father's will designated that a waterfront hotel in Portugal goes to their younger brother Nino (Jacob Derwig) if he gets married by a certain age. If not, the female siblings get it. Well, it seems like that's no problem since Nino is gay, or is he?

Well, they thought so until Nino suddenly announces he's getting married to a rather charismatic and tough broad named Bo (Halina Reijn). Oh no! That's our hotel, the gals pine. We'll just have to break up the doting pair. Expect chaos to ensue.

This brave, broad take-off on Chekhov's Three Sisters goes where few family funfests have dared to traipse before, and if I told you how, it would spoil the experience for you.

Yet this is not Oscar material. The screenplay is uneven, the cast has its highs and lows, and Paula van der Oest's direction shifts from inspired to humdrum. But if you enjoyed Maid in Manhattan, The Guy Thing, or Just Married, Zus and Zo is oh so much better, and it's really queer. Really, really queer.

P.S. The American remake rights have already been purchased.