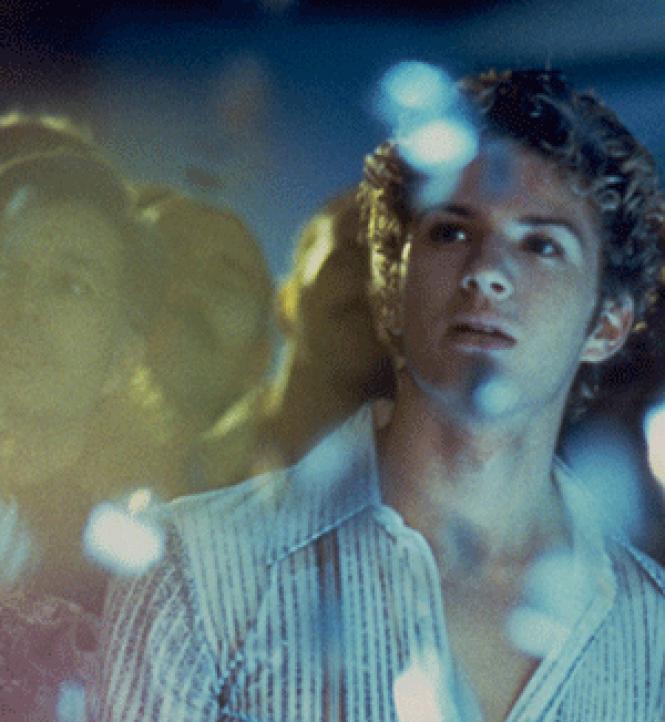 It's hard to believe it's been 58 years since the San Francisco Film Society launched its now-world-famous showcase of international cinema. In the past couple of decades, the intensity of the competition, especially from our community's own pioneering Frameline LGBT Film Festival, has at times overshadowed the importance of the Film Society's key role: The annual two weeks of astonishing films from every corner of the globe where they're made and appreciated.

54: The Director's Cut Like the young, bare-chested Adonis of this disco-fueled drama from then-up-and-coming young director Mark Christopher, I worked as a barback, doorman and all-around schlepper at a late-night dance club where beautiful kids danced, drank and drugged till they dropped. My stints at the Endup transpired right before the onslaught of AIDS. It's taken awhile to figure out what any of this meant, whether there were any dots to connect. I think my original (1998) negative review of 54 probably derived as much from my own misgivings about my experiences as from anything up there on the screen. While I was certainly not a hot barboy like Ryan Phillippe's character in the movie, I did observe drug-dealing (and was warned against toking on angel-dust-tainted joints passing around the bar) and found myself partying afterhours with underage kids I'd kept out of the bar during regular hours.

It's not a great film, but "54: The Director's Cut" allows us to view director Christopher's original take on NYC's most glittering and notorious 1970s dance palace. It contains 26 minutes of restored footage that reinforces the film's biggest claim to our attention, the two standout performances at the drama's core: Mike Myers (false nose and all) as the club's slippery-smooth owner; and the young Phillippe, who spends half the film naked to the waist as the young "outer-borough kid" who symbolizes the sweaty dreams and drug-fueled ambitions of the era. (Castro, 4/24)

The Black Panthers: Vanguard of the Revolution Back in the 1960s, the question of which side you were on could be neatly pinned down by your gut feelings towards one of the most polarizing radical groups ever. The fact that the Black Panthers were an Oakland, CA-launched group only adds to the importance of African-American doc-maker Stanley Nelson's new film. Nelson's portrait marks the 50th anniversary of an elite corps whose controversial following among many white liberals would help give birth to the term "radical chic." It was a group whose goals, members and turbulent history virtually define the achievements and the excesses of the '60s and '70s. The April 25 screening will be followed by a Q&A with filmmakers and surviving Panther members. Also screens April 28, both dates at the Kabuki.

Drunk Stoned Brilliant Dead: The Story of the National Lampoon Back in 1978 I was obsessed with the low-brow antics of John Belushi and his loutish partners-in-crime in "National Lampoon's Animal House." Time has dimmed the memories of just how outrageous, almost obscenely funny Belushi's big-screen stunts (like the infamous guitar-smashing scene) were seen to be at the time they were first hatched, during the depressing last gasp of the Carter Administration. But we were young, hung, and needed to laugh.

For those who have forgotten or never knew, National Lampoon began its debunking existence as a magazine, a commercial spinoff of the legendary college-humor mag The Harvard Lampoon. In this funny bio-doc, Douglas Triola traces its rollercoaster ride, detailing how some bright and twisted Ivy League grads broke all the rules of good taste and propriety, and for a time seemed to be getting away with murder. Eventually the laws of gravity reinstated themselves, and the core founders were left with some wild, if bittersweet, memories. The film is valuable for its cutting portrait of a Lampoon founder, the late Douglas Kenny. Next time you catch "Saturday Night Live" or relish a juvenile caper like the Jesse Eisenberg/Bill Murray buddy film "Zombieland," remember this is where it all started. (Kabuki, 4/24, 26)

The Wonders A possible sleeper hit at this year's festival flows out of the comic struggles of a balding, macho Italian farmer whose life revolves around bees and daughters. Sam Louwyck imbues the sputtering would-be domestic tyrant Wolfgang with a hyper-comic charm reminiscent of Roberto Benigni. Wolfgang is angling to be a prize-winning beekeeper, but life, the untamable nature of the pesky insects, and the will of his 12-year-old daughter Gelsomina keep getting in the way. In an early scene, he tries recruiting Gelsomina to his project by dangling an old childhood fantasy in front of her.

"If you work plenty, we'll buy you a present - a camel? You used to want one."

"The law? Bullshit! Who's gonna ever find it here?"

The Diplomat Was he the "thinking man's Henry Kissinger?" Was his a vital liberal foreign-policy voice stilled (at 69) way before his time? How did one man manage to serve every White House occupant from JFK to Obama? This unusually intimate guide to the world of high-stakes, globe-trotting diplomacy is directed by Richard Holbrooke's older son David. (Kabuki, 4/30, 5/3)

The Postman's White Nights Russian director Andrei Konchalovsky uses a beautiful corner of his sprawling nation as a backdrop for an affectionate look at a flabby middle-aged mailman who forges personal links to the customers along his route, viewed over the course of a few lazy summer days. (PFA, 4/26; Clay, 4/28; Kabuki, 4/29)

Black Coal, Thin Ice Director Diao Yinan plays with time, a veteran cop's mental stress and snippets of extreme violence in this Hong Kong-set noir where a once-unshockable detective is traumatized over the course of a gruesome serial killer case. We get a twisted peek at the cop's failings in a first-act scene when he brutally mistreats (practically rapes) a young woman. Kudos for a truly brave performance from lead actor Liao Fan. (PFA, 4/25; Clay, 4/27; Kabuki, 4/29)

Iris Fans of his cutting-edge nonfiction films such as "Gimme Shelter," the classic portrait of Mick Jagger and the Rolling Stones confronting murder and the Hells Angels at their Altamont Speedway concert, will appreciate this final work by the legendary Albert Maysles (he was 88). It's an affectionate portrait of his friend, the fashion queen Iris Apfel, in her 90s. (Kabuki, 4/24, 26)

An Evening with Guillermo del Toro This cutting-edge Mexican filmmaker, known to a broad audience for his dark horror-film visions ("Cronos," "Hellboy"), gets the festival's Irving M. Levin Directing Award, followed by a rare screening of his magnificent ghost-story drama "The Devil's Backbone." (Castro, 4/25)