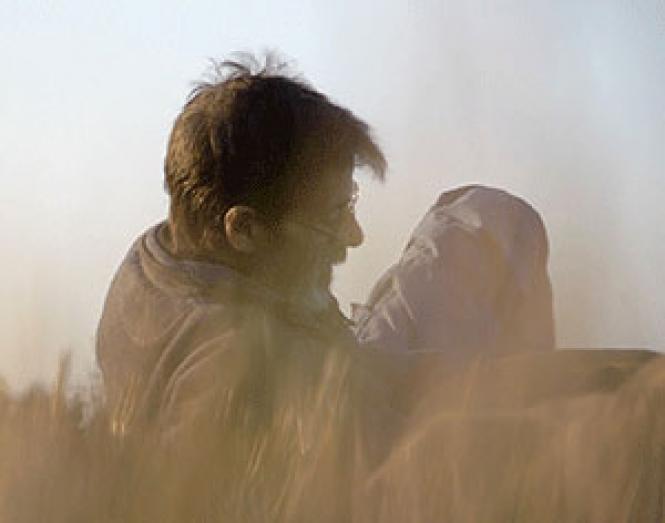 What Now? Remind Me This remarkable film memoir from Portuguese documentary-maker, sound technician and longtime HIV survivor Joaquim Pinto is much more than a 164-minute account of a peripatetic artist's bid to outlast a deadly disease. In the process of describing his life with AIDS and younger boyfriend Nuno, Pinto celebrates the lives and unique perspectives of a generation of European filmmakers. Beginning with a meticulous account of his often-painful treatment strategies and ranging to how his travels, films and pets have nourished his creativity and will to live, Pinto celebrates life itself as well as subtly documenting the wide gulf between European and American styles of personal film expression. Warning: this is not a casual viewing experience, and at nearly three discursive hours, many in the YouTube generation will be tempted to bail, or retreat to their iPads for bite-size, downloadable segments. (Kabuki, 4/25, 5/7; BAM/PFA, 4/27) 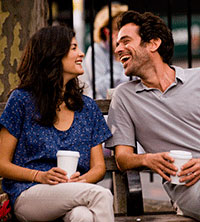 Chinese Puzzle French auteur Cedric Klapisch finds a Gotham stage for the climax of his trilogy ("The Spanish Apartment," "Russian Dolls"), about the life and loves of a writer/lothario who takes the idea of serial monogamy to an absurdly complicated plane.

Xavier (the romantically nimble Romain Duris) is wrenched away from his beloved Paris when his ex-wife starts life anew with a fresh hubby and Xavier’s school-age kids. Landing in the trendy Brooklyn digs of lesbian pals, Xavier is soon living over a Chinese bakery while time-sharing his kids, creating a marriage of immigration convenience, and packaging this soap opera for his pulp-fiction-loving publisher.

The charming Duris gives a vivid performance in a story that is the male version of French auteur Julie Delpy’s Two Days in New York. (Kabuki, 4/26) 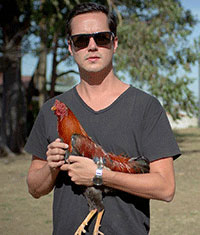 ’All About the Feathers’ director Neto Villalobos, with the talent.  (Source:Courtesy of the San Francisco Film Society)

All About the Feathers First-time Costa Rican director Neto Vittalobos brings us face-to-face with the realities of an ordinary guy who becomes unreasonably attached to a large, beautifully plumed gamecock. Our man has dreams of winning big bucks by having his bird peck out the eyes of other fighting roosters in a cockfighting event. But complications ensue, and pretty soon our guy is evicted from his apartment, threatened by his boss, and refused a ride on a city bus. This cock-of-the-walk road comedy is an example of why we love film festivals. (BAM/PFA, 4/25; Kabuki, 4/27, 29)

All That Jazz (1979) A tour de force self-portrait by the brilliant writer-director-choreographer Bob Fosse, as seamlessly impersonated in a career-peak turn from Roy Scheider. This darkly funny dramedy ranges from the dance floor to the casting couch to one of the most incredibly vivid near-death experiences ever captured in a fiction feature. One viewing and you’ll never forget the comic/tragic nuances of Fosse’s shower mantra, with pills and the day’s first cigarette: "It’s showtime!" (Kabuki, 4/27; BAM/PFA, 5/2) 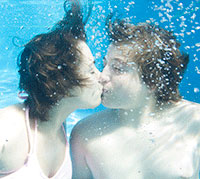 Club Sandwich Fans of David O. Russell’s "Spanking the Monkey" and Louis Malle’s "Murmur of the Heart" will appreciate the cinematic pedigree of Fernando Eimbcke’s low-key tale of a possessive mom and her fleshy 15-year-old son left with way too much time on their hands off-season in an all-but-deserted Mexican resort.

Mom is fond of rubbing Sonny down with scented lotions, managing to creep up to, but not cross, the mother of all taboos. Things get a bit messy when Sonny finds an age-appropriate girlfriend. But Mom is not easily discouraged, as demonstrated in a lovely comic update on spin-the-bottle.

History of Fear Argentine director Benjamin Naishtat conjures up the spirit and unsettling rhythms of "The Blair Witch Project" in this weirdly wired sample of the paranoia that envelops the citizens of Buenos Aires during a paranormal incident whose parameters are never entirely spelled out. (Kabuki, 4/30; New People, 5/2; BAM/PFA, 5/7)

No No: A Dockumentary Even the title of Jeffrey Radice’s portrait of a fabulous eccentric is a tad inside baseball. A "no no" is baseball lingo for a no-hitter, and the dock in question is the early-70s African American high-wire act, the LSD-loving Dock Ellis. While one would think that his Hall of Fame-worthy LSD stunt would have secured Ellis’ future, the irascible athlete lost command of his pitches, career and life, setting the stage for a truly remarkable comeback. (Kabuki 4/25, 26, 5/4) 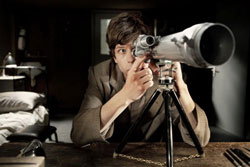 The Double In the first of two Jesse Eisenberg features getting their Bay Area debuts at the festival, director Richard Ayoade gives us a double scoop of Jesse as the actor morphs into his own doppelganger. This feature promises a doubling down on the young Gotham-based actor/writer’s trademark motifs of angst and humiliation. (Kabuki, 4/26, 29)

The Reconstruction This low-key drama, which bears an odd resemblance to the Jack Nicholson/Bob Rafelson 1970 masterpiece "Five Easy Pieces," begins with an Argentine oil worker, Eduardo, consumed by the isolation of his life and an unresolved grief.

Eduardo gets a second chance to reclaim his emotional bearings when an old friend summons him to aid in a desperate life crisis. In an extraordinary performance from the ruggedly handsome Diego Peretti, we see how an embittered soul learns to subsume his anger for the sake of others.

School of Babel Julie Bertuccelli’s intimate doc examines France’s unique approach to educating the children of its many recent immigrants.

In the course of 90 minutes we experience life in a Paris middle-school "reception class" where a sensitive teacher helps kids from over two dozen world cultures find their way to speak passable French and secure a future for themselves in this nation of 60 million souls.

American viewers will get a timely lesson in the importance of a common tongue for a society’s ability to remain vibrantly diverse and democratic. (New People, 4/27, 28)

Tangerines Zaza Urushadze’s slow-percolating drama finds a simple farmer navigating a perilous truce between warring factions in the 1992 border war between Georgia and Estonia. This dilemma, torn from today’s headlines, demonstrates just how much a good man can and can’t do to keep the peace between bitter ethnic rivals. (Kabuki, 4/26, 27; BAM/PFA, 5/6)