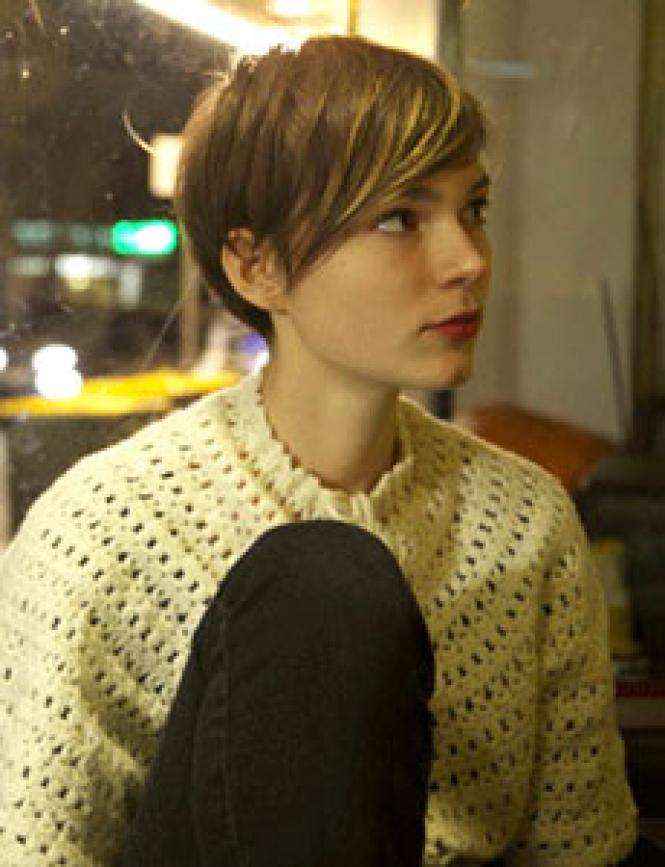 The Sundance Film Festival, the year's first great film party and celebrity bash, ignites atop Robert Redford's sacred mountain. Prepare to battle wannabe Llewyn Davis types for a spot near the beer-filled fridge in somebody's pricey condo; take selfies at the Queer Lounge; watch hip cinema from dawn to Midnight. Our take includes a couple of features we've previewed, beginning with a hot French beach romp that combines sex and murder, followed by an assortment of promising queer-themed features and docs.

Stranger by the Lake Eons ago, I would pass tantalizing summers in a wooded gay male cruising area near Austin affectionately known as "Hippie Hollow." There, under the long shadow of the Texas sodomy law, guys of all ages would cavort in the bushes, mostly unmolested by the long arm of the law. French director Alain Guiraudie rekindles the spirit of Hippie Hollow in a noir-style, addictive thriller.

"Good evening, can I share your towel?" With that come-on, hunky, mustached stranger Michel introduces himself to the already smitten pretty-boy Franck. The two men will soon be an item, at least by the lake and in the bushes. Franck will come to want more, despite his guilty knowledge that this particular tall, dark stranger is capable of murder. In a subplot, Franck befriends a lonely corpulent guy, in what turns into a rather intimate chat-only relationship.

52 Tuesdays In Sophie Hyde's Aussie drama (by writer Matthew Cormack), a transitioning transsexual is only there for her 16-year-old daughter Sophie once a week.

My Prairie Home Chelsea McMullan's portrait of transgender singer Rae Spoon provides a poetic tour of Canada's prairie heartland. Spoon, who is seen traveling through the beautiful Canadian landscape by Greyhound, lives by three devices: an acoustic guitar, a laptop, and preference for the third-person plural pronoun "they."

The Foxy Merkins Madeleine Olneh focuses on a pair of Gotham lesbian hookers: one a naive ingenue desperate for cash, the other a sophisticated straight gal used to weird clients with control issues and peculiar needs (Lisa Haas, Jackie Monahan, Alex Karpovsky).

Jamie Marks Is Dead Carter Smith (2006's Sundance Award-winning short Bugcrush) adapts Christopher Barzak's novel One for Sorrow, about the afterlife of a once-bullied teen whose body is found by a river. In a film that deliberately blurs the lines between horror and romance, Jamie's ghost (Noah Silver) visits his school's track star, Adam (Cameron Monaghan).

The Lunchbox A delightful exception to the Bollywood industry, this small, meditative, accidental love story involves the crazy system by which prepared lunches are delivered to office-workers in Mumbai, and two souls linked by the merest of chance.

Trying to jumpstart her boring marriage, Ila fixes a special lunch for her distracted hubby. The meal is misrouted to the desk of a lonely bureaucrat about to retire. On the second day, Saajan notices a handwritten note with the scrumptious meal. His reply kicks off a pen-and-paper romance, with heartfelt ramifications for the lovers and the audience. Ritesh Batra's debut feature reinvents the charms of old-fashioned romantic cinema for adults.

Whiplash Damien Chazelle's testosterone showdown pits a ruthless music instructor (J.K. Simmons) against an aspiring drummer (John Cameron Mitchell discovery Miles Teller) determined to succeed at any cost: His hands will bleed, and his soul will be severely challenged. Chazelle's 2009 debut was the beautifully observed Guy and Madeline on a Park Bench.

Song One Kate Barker-Froyland uses the hip Brooklyn music scene as a backdrop for a sister's attempt to assist the recovery of her comatose musician brother. With a top-flight ensemble: Ann Hathaway, Johnny Flynn and Mary Steenburgen.

Life After Beth "Kill Your Darlings" ' Dane DeHaan headlines Jeff Baena's comedy about a lad distraught over the demise of his girlfriend, only to find that life gets a lot zanier when the lass unexpectedly returns (John C. Reilly, Molly Shannon, Cheryl Hines and Paul Reiser).

God's Pocket Philip Seymour Hoffman stars in this existential riff on a grieving dad who, confronted by the accidental death of his stepson, can't bury the kid, move on, explain the death to his ex, or repay a large debt. John Slattery's film (with co-writer Alex Metcalf) is bolstered by Richard Jenkins and John Turturro.

Camp X-Ray Peter Sattler has a small-town girl (Kristen Stewart) joining the Army to trade a dead-end life for a tour in Iraq. Her expectations are up-ended when she's stationed at Guantanamo. At first the duty is awful as she faces the hatred of the Muslim male detainees. Things change dramatically after she develops an unexpected friendship with a male prisoner (Peyman Moaadi).