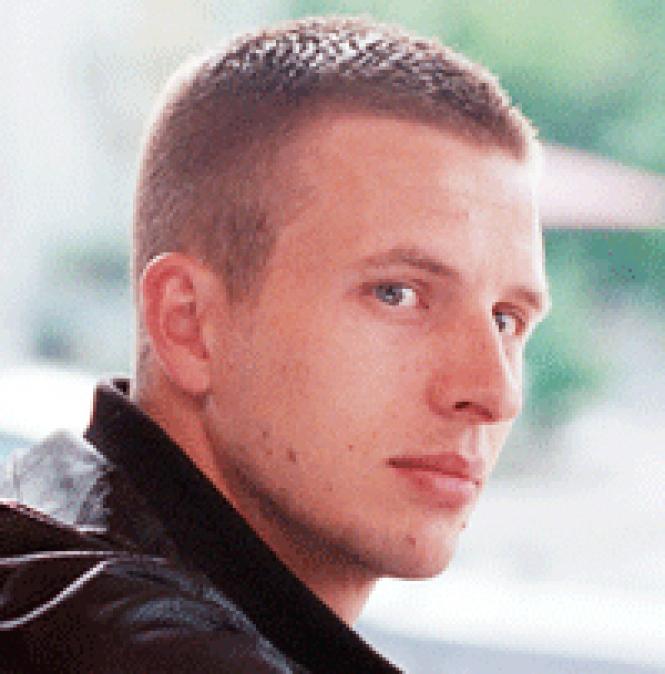 The Giants Director Bouli Lanners doubles down on some of the cultural lessons we learned from Belgium's Best Foreign Film Oscar entry, Bullhead. Our heroes are a bratty teen brother act and their feckless young neighbor, ignoring the wisdom a lad might gain from a good dose of Huck Finn or Tom Sawyer. Yet despite their egregious missteps, they still make it to the raft by the third act, in a thoroughly guilty-pleasure romp through adolescent food-fight humor that contains glimpses into Belgium's shaky future. (Kabuki, 4/20, 21)

Peaches Christ presents Tommy It was the musical innovation of a decade of acid rock - a rock opera? - that forever endeared The Who to American fans. At Woodstock after surviving the rain and the mud, they were an indescribable thrill, the best rock set from 5 a.m. to the crack of dawn I'll ever live through. That includes the irascible guitarist/writer Pete Townshend booting the mouthy Abby Hoffman off the main stage and later puncturing the prideful airs of us plucky Woodstock survivors. "As a cynical English arsehole, I walked through it all and felt like spitting on the lot of them, trying to make them realize that nothing had changed and nothing was going to change. Not only that, what they thought was an alternative society was basically a field full of six-foot-deep mud laced with LSD. If that was the world they wanted to live in, then fuck the lot of them."

Fast-forward six years as an even more cynical English arsehole gets to turn the movie of Tommy into one of his patented travesties. The early '70s gave a generation of cinema outlaws license to howl, liberties that Altman, Coppola, Roeg and Scorsese made the most of. Any of these guys might have mined the gold from Townshend's vision of a deaf, dumb and blind boy Messiah. Director Ken Russell, who generally upstaged his stories by indulging a bottomless penchant for the grotesque, here saddles non-rockers Oliver Reed and Ann-Margret with a White Cliffs of Dover-worthy melodrama in which Elton John's glorious wail on "Pinball Wizard" and Tina Turner's Acid Queen, which Pauline Kael recalled as "pure, concentrated acid sex," become musical candy treats. (Kabuki, 4/21, 11 p.m. show)

Bonsai Chilean director Cristian Jimenez jerks our lead emotionally with a romantic time-travel piece. A love-smitten but thoroughly confused Santiago undergrad/aspiring writer stumbles into a mendacious but diabolically clever way to keep his would-be girlfriend hooked or at least curious. The clean-shaven lad informs Emily that he's been hired by a famous writer to type up the wise one's latest novel from handwritten notebooks. In fact the big guy has found a cheaper typist, but Emily doesn't know this. Over the next eight years, our lad stops shaving but keeps scribbling into those notebooks, passing off his first novel as the crowning achievement of the great man. (Kabuki, 4/20, 22; PFA, 4/24)

Oslo, August 31 Director Joachim Trier challenges you to get past your fear and loathing of druggie fuckups and give a hearing to this first-person wail about possibly the last day in the life of a handsome, failed writer/hipster more youthful than his 34 years would imply. Loosely inspired by a novel filmed by Louis Malle (The Fire Within), this achingly personal tale demonstrates the oppressive claustrophobia of a seemingly sophisticated Scandinavian cultural hub. (PFA, 4/20; Kabuki, 4/21; SFFSC, 4/27)

The Day He Arrives Director Hong Sangsoo severely tries our patience with a deliberately paced talk-fest focused on the amorous misadventures of a once-promising Korean filmmaker. Shot for no particular reason in digital B&W, Hong delights in returning to the scene of his alter ego's misbehavior by looping back and forth between stupid pet tricks with needy women, quarrelsome male buddies, and a posse of annoying if admiring film students. Little is revealed, and well before its 79 minutes are up, a certain torpor has set in. (Kabuki, 4/20, 23; PFA, 4/25)

The Fourth Dimension "I never cared so much about making perfect sense. I wanted to make perfect nonsense. I wanted to tell jokes, but I don't give a fuck about the punchline." This three-filmmaker anthology is off to the races with a signature chapter from Harmony Korine. The indie enfant terrible whose brilliant first script, Kids, established Larry Clark as a favorite whipping boy for moralistic critics, here has box office bad-boy champ Val Kilmer as a jive-talking hipster faux white preacher who incites a motley congregation with visions of a cotton-candy heaven. Jumping between the preacher's disco church decorated with Christmas tree lights, a Midnight bicycle ride, and an all-night video-game binge with his girlfriend, these 30 minutes showcase Korine, cinema trickster. (Kabuki, 4/20, 21)

The Loneliest Planet In sync with this year's festival slow-mo gear, Russian migr director Julia Loktev takes her sweet time coming to a revelatory moment where a couple soon to be married (Gael Garcia Bernal and Hani Furstenberg) find their life together unraveling. The couple's pre-honeymoon hike through Georgia's Caucasus Mountains comes undone when one of the pair slips up during a bizarre encounter with the natives. You'll find more action in Gael's forthcoming stint as boxer Roberto Duran (Hands of Stone), but this one has its share of feisty clinches. (Kabuki, 4/24, 27)

Goodbye Mohammad Rasoulol, the Iranian director under house arrest (This Is Not a Film), conducts a methodical cinematic autopsy on a youngish pregnant woman's slog through the brutal molasses of the Mullahs' prescription for mouthy dissidents. If you can take a beyond-Kafkaesque expos of life under a thug-ocracy, the final chilly moments in a cheap airport hotel will be ample reward. (Kabuki, 4/20, 21, 23)

Harlan County, USA My 1970s Dallas hangout was my buddy David's snug University Park, Texas multiplex, a short putt from where George W. now calls home. David repeatedly ran the trailer for Barbara Kopple's pile-driver doc that had Kentucky coal miners and company goons actually exchanging shots. The film won Kopple an Oscar (she's lucky it wasn't a purple heart for all the live ammunition featured in the trailer), and this year represents her for the festival's Persistence of Vision Award. It's still the scariest goddamn movie I've never seen. (Kabuki, 4/22)

Informant Jamie Meltzer's doc features an FBI informant accused of being an agent provocateur in a Dick Cheney-style sting against student demonstrators at the 2008 GOP convention in Minnesota. (Kabuki, 4/22, 27; PFA, 4/23)