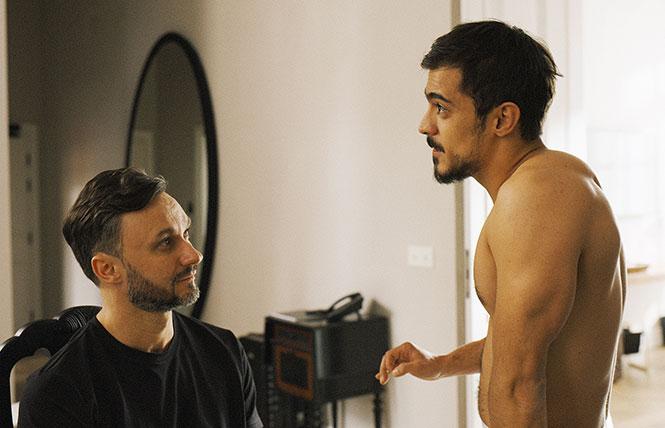 It isn't easy being gay in Lithuania. While homosexuality is legal, queer people have very few rights, and the majority of the Lithuanian people are against equality. A 2016 Pew Research poll revealed that 69% of Lithuanians think that homosexuality should not be accepted by society, while a 2019 Eurobarometer poll stated that only 30% of Lithuanians supported same sex marriage. 63% of the country's population are against marriage equality.

Despite these challenges, Romas Zabarauskas lives as an out and proud activist and filmmaker. He does not let the challenges of living in Lithuania stop him from living his life as he sees fit.

"It's getting better and worse," Zabarauskas says of life in his homeland. "On one hand, there is a lot more visibility and diversity. But in terms of laws, not much has changed in the last ten years. We still need to legalize same sex partnerships, let alone marriage, legislation and healthcare for trans people, proper education. Still, I'm very hopeful that things will change for the better soon. Looking at the rest of the world and the recent anti-LGBT sentiment in certain countries, it seems like at least we're headed in a positive direction in Lithuania." 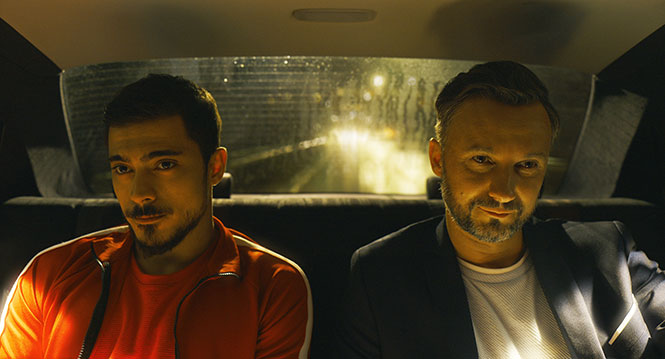 Zabarauskas is now promoting his latest film, The Lawyer, which is available on gay streaming service Dekkoo, Amazon Prime, and on DVD. The film is a tender and thought provoking tale about a gay attorney in Vilnius who falls in love with a bisexual Syrian refugee whom he tries to help emigrate to greener pastures.

Eimutis Kvošciauskas stars as Marius, the lawyer whose upscale life feels empty, and who's been shaken by the death of his father. He connects with Ali (Dogac Yildiz), a sex-cam worker from Syria who lives in a Serbian refugee camp. Marius travels to Belgrade to meet Ali, and the two begin a romance which is clearly doomed from the start.

"To some extent what I'm doing and want to do in Lithuania is impossible," Zabarauskas said. "I feel like I carved out an exceptional career path for myself despite the existing Protection of Minors law that normally could cause state censorship when it comes to LGBT related content, and despite all the obvious challenges."

According to Zabarauskas, The Lawyer, his third feature, is his first to receive production funding from the Lithuanian Film Center, which is the official government funding body.

"We decided to distribute the film ourselves which is a rather common practice in Lithuania for Lithuanian films," he said. "I'm happy to say we secured a wide theatrical release across ten Lithuanian cities. All theaters we reached out to agreed to screen the film. We debuted at Top 5 in the Lithuania box office last weekend, with Tenet occupying many of the country's screens at Top 1. This is a great result for us, and with all the media attention we're getting. I'm sure we'll have a good run in theaters." 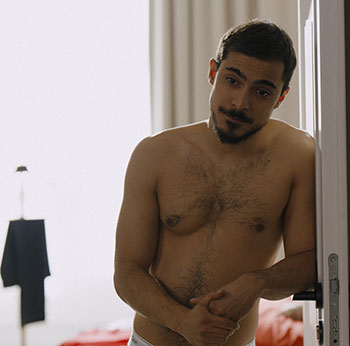 Dogac Yildiz in 'The Lawyer'

The film is exceptionally well-made, beautifully acted by the two leads who display an enormous amount of screen chemistry with each other. Kvošciauskas is hauntingly understated as the sad, seemingly lonely Marius, while Yildiz is quite effective as Ali, who's trapped in limbo and yearns for a better life.

Both actors are quite easy on the eyes, and the film underscores many of the issues faced by LGBT refugees, who have it much harder than their straight counterparts. Ali must hide his bisexuality from his comrades at the refugee camp where he lives.

"What about a special group or help networks for LGBT refugees here in Belgrade?" Marius asks a woman at a refugee support organization.

"It's true that while the US has discussions on whether it's ethical for a straight actor to play a gay character, in Lithuania, where there are only a few openly gay actors, the situation is very different," said Zabarauskas. "Indeed, a few actors declined to participate in casting for the role of Marius. But Kvošciauskas did great at the casting and agreed to take the role, and I couldn't have hoped for a better outcome. Kvošciauskas is a known actor in Lithuania but more known for his comedic talent, so this role is truly important for him to show his range."

The filmmaker explains what he was trying to convey in The Lawyer: that humans are flawed but that they still deserve empathy.

"Live your life to the fullest as it's the only one you get," he said.

And what does the auteur hope that American viewers will take from the film?

"I hope that American viewers will pick up on the playful notions of 'West' vs 'East' in our film," he said. "Too often we succumb to stereotypes and draw lines where none are needed."

More foreign noir at the Roxie 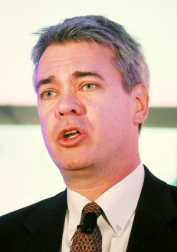 LGBTs have a voice in foreign affairs