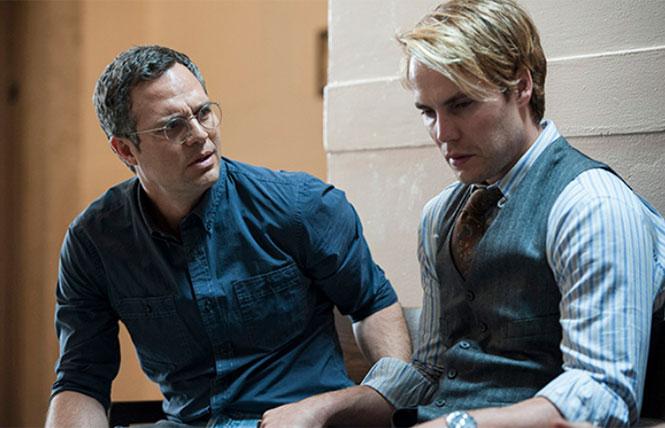 As an East Coast raised kid I lived through the curse of polio, later as a working broadcast journalist I covered the frightening epidemic cruelly labeled the "gay plague" by cowardly politicians and careless mainstream reporters.

In many respects the Bay Area Reporter gained its readership through relentless coverage of the HIV pandemic (later recalled in an issue that reprinted three thousand obituaries.
Herein we review the cream of the pandemic film crop, many of which can be found on various cable channels or streaming services. 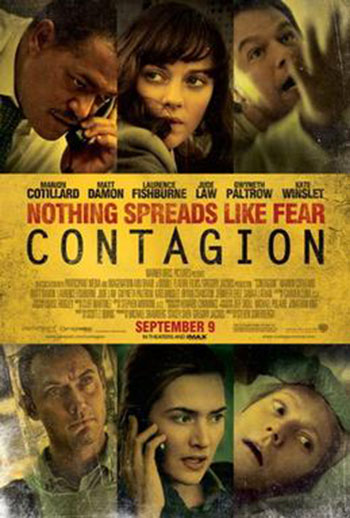 Contagion (2011)
Oscar winning director Steve Soderbergh guides an all-star cast through a suspenseful docudrama (based on Scott Z. Burns' screenplay) where an American woman (Gwyneth Paltrow) contracts and dies from a virus that spirals into a worldwide pandemic.

Soderbergh sets up a battle of wits between Lawrence Fishburne (in the film playing the director of The Centers for Disease Control and Prevention) and a pesky blogger (Jude Law) who poo-poos the policies of the government's virus fighter.

Contagion personalizes the problem by focusing on the grief of Paltrow's character's husband (Matt Damon) coping with the deaths of both his wife and young son.

In 2011 Director Soderbergh had this to say about his decision to produce a film that strays from Hollywood standard playbook on so-called disaster films; "Uncharacteristically it happened very quickly, considering what the business is like for adult dramas. So it made me feel like maybe we're on to something.

"It was fun during a preview (of Contagion) to watch the lights come up and have 400 people realize that they were next to a bunch of strangers and that they had all touched everything. You could tell they weren't very happy about it."

Rated PG (for disturbing images), a decade after its big screen debut, Contagion overflows with dialogue that feels ripped right from today's headlines:

"Somewhere in the world, the wrong pig met up with the wrong bat."

"Blogging is not writing. It's graffiti with punctuation."

"My wife makes me take off my clothes in the garage. Then she leaves out a bucket of warm
water and some soap. And then she douses everything in hand sanitizer after I leave. I mean, she's overreacting, right?

"Not really. And stop touching your face."


1918 (1984)
Playwright Horton Foote describes the effect the post-World War One flu epidemic has on a small Texas town. The drama, produced by the PBS TV series American Playhouse, poignantly demonstrates the extra trauma experienced by rural Americans at a time when the Federal government provided little or nor health assistance to Americans without insurance at a time when Medicare was still a half a century away. 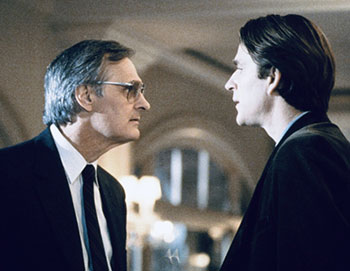 And the Band Played On (1993)
A powerful docudrama about the AIDS epidemic, and the infighting between members of the scientific community: early battles that preceded the development of the AIDS
coctail in 1995. Director Roger Spottiswoode mounts crusading openly gay investigative journalist Randy Shilts' book (based on Arnold Schulman's (teleplay) with a cast including Matthew Modine, Alan Alda and Patrick Bauchau. 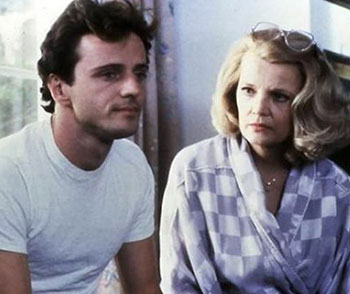 Aiden Quinn and Gena Rowlands in An Early Frost

An Early Frost (TV Movie 1985)
A young lawyer (Aidan Quinn) hasn't come out to his parents. Now he must come clean at a time when the diagnosis was still a death sentence. Director John Ermann helms a cast featuring Gena Rowlands, Ben Gazzara and Sylvia Sidney.

"It's not just pneumonia, mom. I have AIDS.

"Michael, that's impossible. Who told you such a thing?"

"The doctors did their tests." 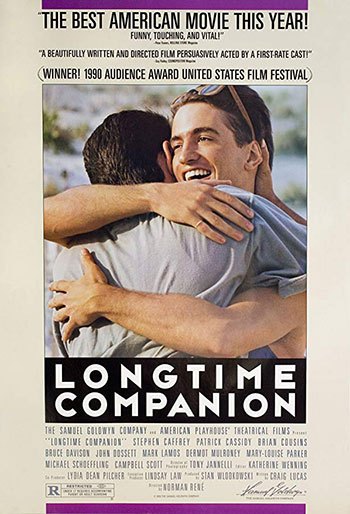 Longtime Companion covers the decade (1980 thru 1990) when many middle class gay New Yorkers summered on Fire Island while coping with a silent killer.

The Normal Heart (2014)
Gay activist Ned Weeks (Mark Ruffalo) attempts to raise AIDS awareness during the early 1980s in New York City. Director Ryan Murphy helms Larry Kramer's screenplay based on his play. Mark Ruffalo's passionate performance as the tireless Weeks plays off the weariness some of his friends experienced as his relentless cries caused them to feel guilty in his
presence.
HBO production rated TV Mature/132 mins/color/full screen.

The film features direct to camera first person interviews with the now (as of 1998) elderly survivors of the pandemic including the famous short story writer Katherine Anne Porter, whose master work was the novel Ship of Fools.
Rated TV Mature/60 mins color.