Classic horror with a queer twist 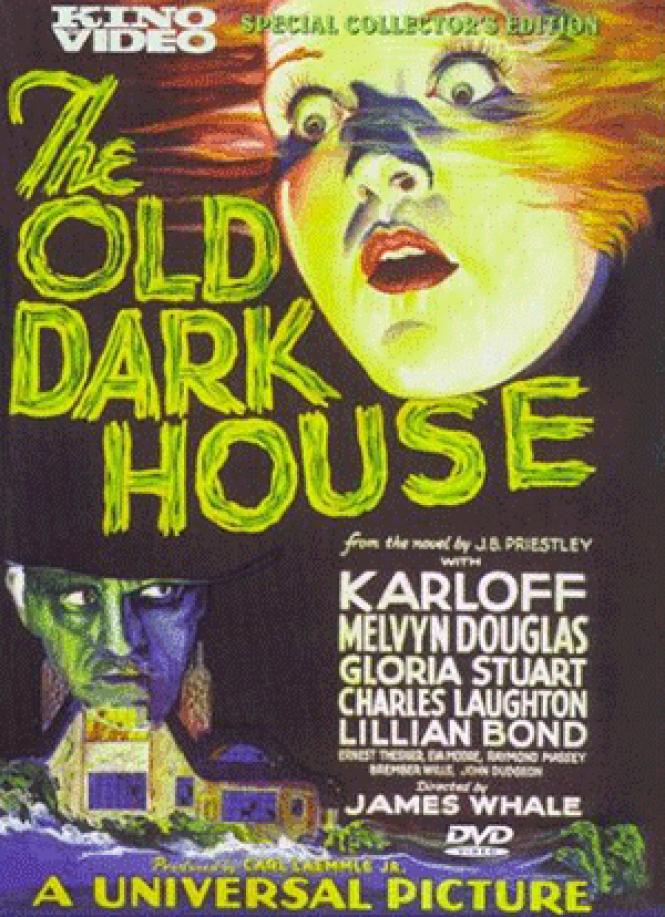 British-born James Whale (1889-1957) is a case study on how difficult it was to be gay during the early part of the 20th century. LGBT people of all types were largely invisible in popular culture and the media. Being known or even suspected of homosexuality could mean loss of employment, eviction from an apartment, or even arrest.

It was in this environment that Whale became an acclaimed director for the theater and in Hollywood. After his great stage and film success with Journey's End, a World War I drama, Universal Studios gave Whale carte blanche to make whatever film he chose. It's now believed that Whale's Frankenstein (1931), starring Boris Karloff as the monster who was desperate to be loved and accepted, was a metaphor for Whale's life as a gay man in those intolerant times.

The auteur was recalled six decades later by actress Gloria Stuart (Titanic's Old Rose), who co-starred opposite Karloff in Whale's The Old Dark House (1932). Stuart, who worked with Whale on two other films, swore that at the time she had no idea he was gay. "I thought he was the perfect gentleman," she said. "We didn't talk about such things then."

The unprecedented success of Frankenstein emboldened Whale. Old Dark House was about a group of stranded travelers spending the night in an isolated manor on the proverbial "dark and stormy night." The house is occupied by the Femm family, which includes "confirmed bachelor" Horace Femm (Ernest Thesiger). Horace is first seen gliding lightfootedly down the stairs, holding his arms against his chest schoolmarm style. "My name is Femm," he lisps. "Horace Femm." With Horace's effeminate voice and mannerisms and that family name, Whale makes it clear to viewers that they're looking at a gay man who makes no apologies for who he is. Was Femm a stand-in for Whale himself?

Sister Rebecca Femm (Eva Moore, then Laurence Olivier's mother-in-law) is a Bible-thumping religious fanatic who spends much of the film warning of the "sins of the flesh." While the storm rages outside, Rebecca sternly and gleefully tells young, sexy Margaret (Stuart) that her lovely flesh will rot soon enough. The scene is both humorous and unnerving.

In a then-daring casting choice, the 102-year-old, bedridden patriarch Sir Roderick Femm is billed to a John Dudgeon. It's actually Elspeth Dudgeon, a British stage actress. In close-up, it becomes quite obvious that the gentleman is being played by a lady.

Whale's film career barely lasted a decade. His final years, loosely dramatized in the film Gods and Monsters (1998), were filled with illness and loneliness. Film historians now debate whether his career collapsed because of a few flops in the late 1930s or because he insisted on being honest about who he was. Whatever the case may be, James Whale certainly had courage. He dared to peek outside of the closet door nearly four decades before Stonewall.

1930s moviegoers must have had heart attacks when they went to see this direct sequel to Dracula (1931) on its initial run. Gloria Holden is superb as the Count's offspring, who was desperate to escape the family curse. Though she spends a big portion of the film blood-lusting after handsome Dr. Jeffrey Garth (Otto Kruger), the Countess could also enjoy the company of women.

The scene is shocking and titillating by 1930s standards. The Countess brings a beautiful young girl (Nan Grey) to her "artist's studio." "I'm doing a study of a young girl's head and shoulders," she tells her victim. As the young lady dutifully removes her top, the Countess stares at her throat, and elsewhere, with lust and desire. How this scene got past 1930s censors remains a mystery. Dracula's Daughter, certainly the first bisexual character in a horror movie, might also be the first B in Hollywood history.

Hitch's first Hollywood film won an Oscar for Best Picture. A Gothic psychological thriller based on Daphne du Maurier's bestselling novel, Rebecca is about the lingering effects the dead mistress of the spooky mansion known as Manderlay has on those who still live there.

"Last night I dreamt I went to Manderlay again," says Joan Fontaine in the voiceover that opens the film, as the ruined house is seen through the fog. Though Fontaine and Laurence Olivier are quite good as the newlyweds haunted by the first Mrs. DeWinter, the film is stolen by Dame Judith Anderson. Ostensibly the housekeeper, Anderson's Mrs. Danvers is obsessed with her dead mistress. She continues to clean the dead Mrs. DeWinter's room, keeping her late mistress' clothes and things perfectly arranged. She rubs the dead woman's fur coat against her cheek, and against the new Mrs. DeWinter's cheek. She does so with love and affection, then points out how sheer her mistress' stockings are. It's a disturbing portrait of obsessive, romantic, and unrequited love.

On the extras menu available on Rebecca 's current BluRay and DVD releases, critics and historians discuss Mrs. Danvers' obvious lesbianism. While not the most flattering portrait of onscreen Sapphic love, it was at the time a daring character to present onscreen. Anderson is deliciously chilling and unforgettable in the role.

From 1958-83, Forrest J. Ackerman (1916-2008) edited Famous Monsters of Filmland magazine. The wildly popular monthly inspired a generation. Luminaries such as Steven Spielberg and Stephen King, who read it voraciously as kids, cite the mag as an influence on their careers. Uncle Forry, as he was affectionately known, had a sex life, something that was rarely discussed until filmmaker/historian Jason V. Brock released this affectionate career biography on DVD. The film includes some of Ackerman's final on-camera interviews: at age 89, he expresses his desire for a blow job!

In the film, Ackerman recalled a close lesbian friend he had during the 1950s. She was involved in the Daughters of Bilitis, the early lesbian activist organization which helped usher in the Stonewall era. In 1953, wanting to help his friend out, he donated his collection of rare lesbian pulp novels to the Daughters, who named him an "honorary lesbian." After his death, Prism Comics, which publishes gay comic titles, reported that Ackerman, who was straight, befriended many LGBT people throughout his life, and always supported gay causes. RIP, Uncle Forry.