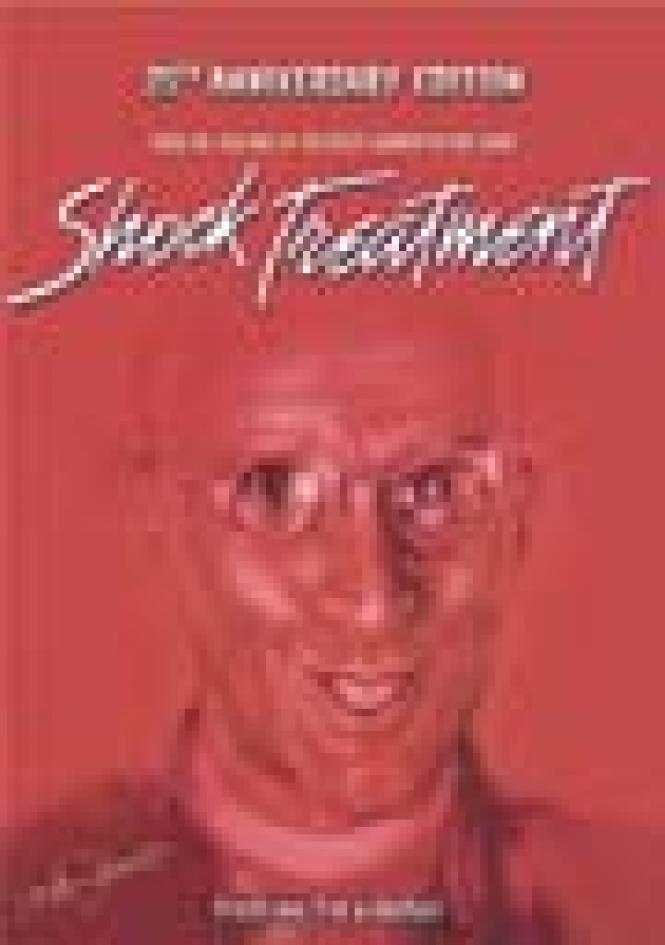 For most people, the most surprising thing about the 1981 sequel to The Rocky Horror Picture Show will be the fact that it exists at all. Shock Treatment, written by Richard O'Brien and directed by Jim Sharman (the team behind Rocky Horror), continues the musical adventures of Brad and Janet Majors. This time, Cliff DeYoung and Jessica Harper assay the roles originally created on film by Barry Bostwick and Susan Sarandon, but with substantially diminished star power.

Filmed in England on a sound stage (due to a Screen Actors Guild strike in Hollywood), Shock Treatment takes place in the mythical American suburb of Denton, where television dominates the landscape. Brad and Janet go to a television studio for a live taping and get caught up in the quiz-show world of a demented emcee and, of course, a sick and twisted doctor named Cosmo McKinley, played by Richard O'Brien. On the show Marriage Maze, Janet agrees to commit Brad to a mental institution for shock treatments while she ascends to the height of television glamour in a little sequined black dress.

Richard O'Brien's music and lyrics continue the Rocky Horror tradition of plaintive pop paeans to adult silliness, but the results this time fall far short of his original inspiration. There is no Tim Curry, and no sweet transvestite from transsexual Transylvania. Instead we are offered a host of poseurs and a few minor players from the original Rocky Horror like Nell Campbell and Patricia Quinn.

The most significant wrinkle in this 25th anniversary DVD release is the presence of Barry Humphries in the central role of the television emcee, Bert Schindler. Humphries' character sports a black wig, whiteface, sunglasses, and heavily drawn cranberry lips. Beneath all that makeup, and performing with a thick Teutonic accent, it is still possible to recognize the actor who would become internationally famous some 20 years later as the character known as Dame Edna.

Only Ednaphiles and hardcore Rocky Horror fans will find much to admire in Shock Treatment, a wet noodle of a musical that just flops onto the screen and quickly dries out. But for those so inclined, it is now available for home consumption.