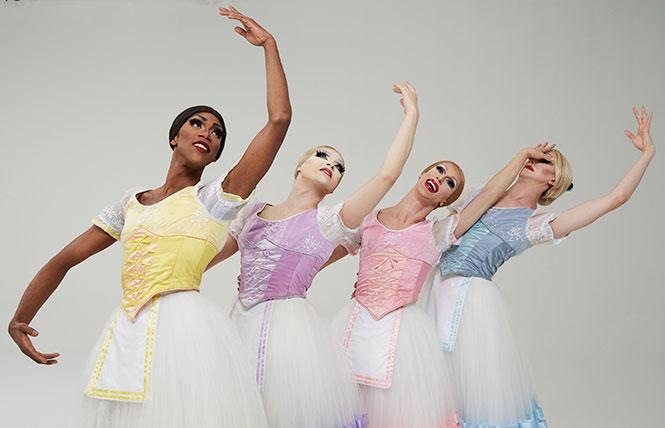 When you think of physically demanding jobs, hard-labor workers likely come to mind: roofers, firefighters, construction laborers. But now there is data to prove that the most physically taxing job typically involves tights, tutus and toe shoes. Using data from the Department of Labor, "Business Insider" recently conducted a study that analyzed the physical demands of a huge range of jobs. It turns out that the grueling lifestyle of a professional dancer is the most physically taxing job in the US, requiring more strength and stamina than an oil derrick operator, which came in #2.

Of course this would come as no surprise to Robert Carter, whose astounding career with Les Ballets Trockadero de Monte Carlo has pushed his body to perform physical feats beyond that of a steel worker (#6) on a daily basis for 25 years. Since their founding in 1974, the world's foremost "all-male comic ballet company" has entertained and astounded generations, simultaneously paying tribute to the great ballerinas of the world while thumbing their noses at the idea that male dancers cannot or should not perform in perhaps the most painful footwear ever conceived: pointe shoes.

As the company's most senior member, "Bobby" Carter often serves as the Trocks' spokesperson, sharing his sparkling sense of humor and deep love for the iconic troupe with fans from France to Fayetteville. We spoke by phone. 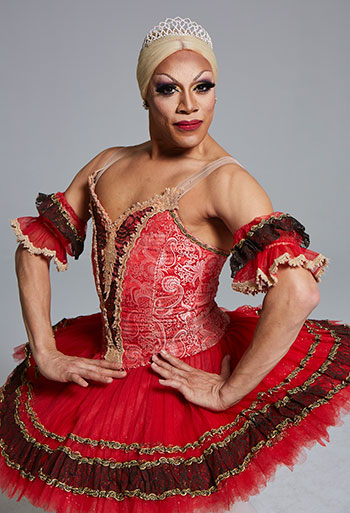 Philip Mayard: Where are you calling from?

That's a conservative town. What kind of reception do you anticipate from those audiences?

They'll love us. We afford many smaller towns an opportunity for experiencing a ballet performance that's approachable. Lots of families attend. We are for balletomanes and for those who know nothing about ballet, all through the auspices of comedy. We break down misconceptions and barriers that surround traditional ballet.

You're no stranger to conservative places, having grown up in Charleston, South Carolina. Were you bullied as a child?

Of course kids can be cruel. I dealt with the typical bullying of a young boy studying ballet, not just from kids but their parents, too. But having my mother as a support system and my ballet family, I did pretty well, it wasn't a crippling experience.

And you had a dance teacher who trained you in pointe?

My teacher Robert Ivey was a rare breed. I would beg the girls with big feet to give me their old pointe shoes. I was doing pointe in secret, but one day I got busted. Rather than discouraging me, Robert said, "If you're going to do pointe, you need to do it right." So at age 11, he put me in pointe class with the girls. 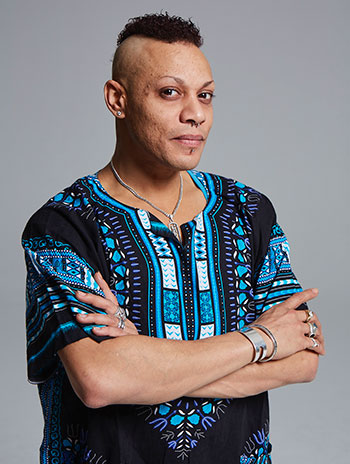 Back then, pointe training for boys was unheard of. Now it's not so uncommon?

There's not as much stigma anymore. These guys come from around the world. Where there are dance schools and there's that one boy who has an affinity for pointe, he can get training.

What is the audition process for the Trockaderos like?

It's really different. We rarely have open auditions. Boys who want to audition come and take class with us. It's very casual. They get to see what it's like, and we can get a feel whether they would be a good fit. What we prize above great dancers is team players. If their technique isn't great, they can learn. But they have to get along with everyone, because we travel so much and we don't always work in the most ideal circumstances.

Have you ever had straight men in the company?

Well, there may have been a couple. Or at least they thought they were straight when they started. But by the strangest circumstances, somehow after a while, they aren't straight anymore. Once they get comfortable with us, the closet doors come flying open!

If you had to pick one highlight of your career, what would it be?

Performing on the Bolshoi stage. I remember thinking, "Well, look at that. A little black boy from Charleston who never dreamed he'd be in Russia, let alone dancing on one of the greatest stages in the world for classical ballet."

What do you think the biggest misconception about the Trockaderos is?

Because we're men in drag, pointe shoes and tutus, that we aren't doing anything of value to the dance world or the world in general. We are ambassadors for the arts. We give people an education in dance as well as an opportunity to laugh. That's the greatest gift of all.