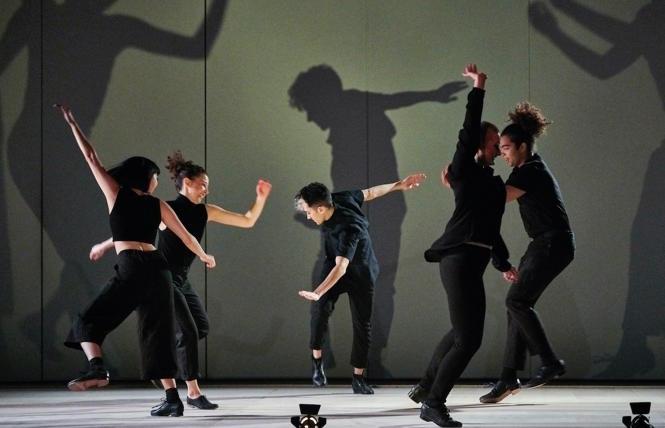 Although Caleb Teicher has been called "a tap prodigy" (The New York Times) and "one of the most innovative tap dancers around" (Toronto Star), it would be a great disservice to categorize Teicher as simply a post-modern tap dancer. Over the past decade, Teicher —who uses the pronouns they, them, their— has quietly redefined themselves, their place in the dance community, and some would say the dance world itself.

But just as they were starting to earn a reputation as one of the brightest young tappers in the business, they pivoted to a huge variety of new dance experiences, including intense ballet studio work, a year-long stint with the international touring company of West Side Story, and the pursuit of choreography. For Teicher, it was critical to not be defined by tap dance. 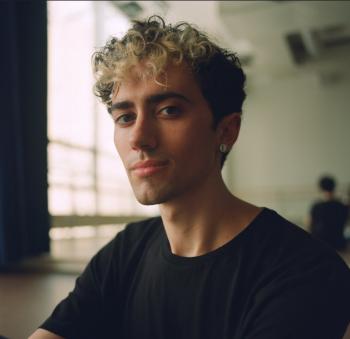 Indeed, since forming their own ensemble in 2015, Teicher has become a powerful voice in the world of interdisciplinary performance, collaborating with artists from across the movement and musical spectrum, from jazz and classical, to beatboxing and ballet.

Teicher's collaborative works have wowed audiences across the U.S., but Caleb Teicher & Company are making their Bay Area debut at Zellerbach Hall on December 5 with More Forever, a jazz/tap/Lindy Hop ensemble work, performed in a 24-foot sand box with a live original score, composed and performed by virtuoso pianist Conrad Tao.

Teicher is looking forward to bringing the company's work to Bay Area audiences, saying, "Hopefully, More Forever will be visually and sonically adventurous and eye-opening, regardless of your previous connection to music or dance. What Conrad does is so expansive. Even if you've heard a lot of music, I think your mind is going to be blown a little bit. Mostly what we're trying to do is go beyond an intellectual reaction; we're trying to evoke a visceral, emotional, physical response from the audience."

Tao —who has appeared as a soloist with the Philadelphia Orchestra, the Russian National Orchestra, and the Baltimore, Dallas, Detroit, and San Francisco Symphonies and given solo recitals around the globe— has been a close friend and frequent collaborator with Teicher since they met ten years ago as finalists at the National Foundation for the Advancement of Artists' multidisciplinary Young Arts competition.

In More Forever, which was created in 2019, Tao says, "the physical and musical gestures are responding to one another, and because it's live and there's a lot of improvisation deliberately baked in, this piece is really about us, and the audience finding that electric thread between all of that.

"When we last presented More Forever, it felt like it was about growing up, about time, about the fluidity of life. With everything that's happened this last year and a half, I'm excited and curious to see what new layers reveal themselves to us and to other people."

For some, pushing gender roles in both life and in dance may seem revolutionary, but Teicher says, "I'm still figuring out how to speak about my identity as it intersects with me as an artist. I don't think anything I'm doing is boundary-breaking. But I suppose when you look at how other dance genres do or don't enforce traditional gender stereotypes, then I guess what I'm doing is revolutionary. I'm happy to draw attention to it, if it feels like something people can get excited or intrigued about, but I've just been trying to live my life as authentically as possible."

Teicher goes on to say, "The swing dance world has evolved miraculously quickly, to say 'You can lead, you can follow, you can switch, you can dance with whomever you want.' And that has allowed me to find a space where I feel more comfortable and more joyful. It's just great to see this as normal, as opposed to radical. The fact that I can make work and choose not to have my identity at the center, it's just the nature of generational privilege. But it's amazing and a joy to feel comfortable with oneself."

Joe Goode's new work dances through the Haight-Ashbury
Sign up!