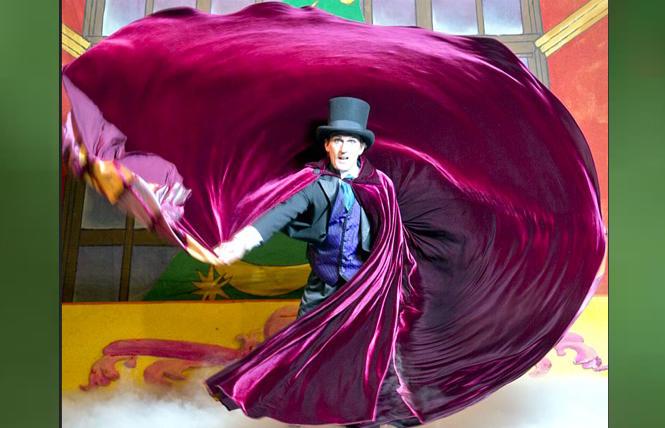 Few careers are more taxing than that of a professional dancer. A 2020 study conducted by the U.S. Department of Labor found that professional dancing ranked number one on their list of the twenty most physically demanding jobs, outpacing oil derrick operators, steel workers and commercial divers.

So it's not surprising that the average dancer's professional career typically ends around age 35. But thankfully, Brian Fisher's life didn't work out that way. With a dance resumé spanning an astounding 40 years, 2021 marks the first year since the early 1980s that Fisher hasn't been on stage.

Having originated and performed the role of Drosselmeyer in Mark Foehringer's Nutcracker Sweets for the past thirteen years —never once missing a show— this December, Fisher will step down as a performer to serve as the production's Artistic Associate and Rehearsal Director.

When he moved to San Francisco in 1991, Fisher was 30 and planning for retirement. He had already achieved considerable success, performing on Broadway in La Cage Aux Folles and touring with The Music Man and The Wizard of Oz. But personally, he was struggling with the grueling life of a dancer in New York City during the tumultuous first decade of the AIDS crisis. 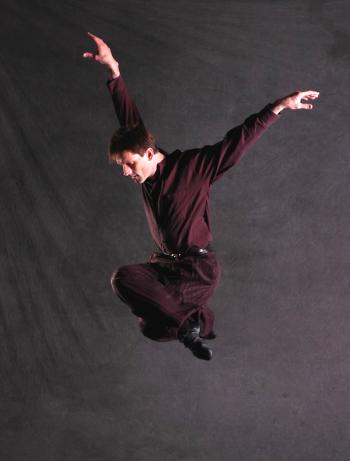 "When I moved to New York in 1981, it was the year that first article came out in The New York Times about 'the gay cancer,' Fisher recalled in an interview with the Bay Area Reporter. "So there was always this terror weighing on you, on top of being in such a competitive field. You're going to auditions and seeing many of the same dancers every time, then there were people you suddenly wouldn't see. And you were just hoping, hoping, they had gotten work and they would come back. But you knew that they were probably not going to come back ever again."

In 1985, Fisher met his life partner Kevin Paulson; the couple moved to the Bay Area in 1991 when a friend of Paulson's offered him a job at a tech start-up. Fisher says, "I was becoming increasingly unhappy in New York and I knew a little bit about San Francisco from being on tour, so I was ready. I honestly thought I would retire from dancing when we moved."

Fisher's first job in the Bay Area was working at a dancewear store in Berkeley.

"I had always loved taking ballet class, so I decided to take few classes nearby at Berkeley Ballet Theater and well, they offered me a guest artist job. The next year I joined ODC Dance/San Francisco." 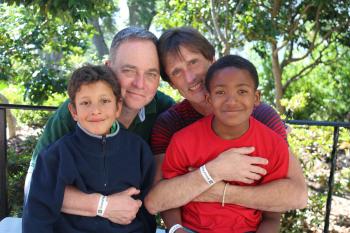 California dance
From there, the next chapter of Fisher's dance career took off and didn't let up for three decades.

"Once I was in ODC, I had the great fortune of never having to audition for another dance company again," he said. "People from companies would call me and want to work with me. I know how lucky I was to land that job at ODC, and honestly, I never thought I was good enough to be in that company, so I just kept working really, really hard to be better."

Paulson has worked for the San Francisco Sheriff's Department since 1992, and he's made a name for himself as a writer. He's authored two books and, in recent years, he's penned a popular column for the San Francisco Chronicle, in which he often writes candidly about the triumphs and challenges of his life with Brian and their two teenage sons.

Unfortunately, life took a frightening turn for the Fisher-Paulson family this past summer. Following an exam for what Fisher thought was a foot infection, an ultrasound showed a blockage in his leg, cutting off the flow of blood to his foot. Doctors prepared him for the possibility of a foot amputation. Ultimately Fisher lost only his big toe, but for a lifelong dancer, it was a devastating loss.

"When I got out, I was limited to moving around in my chair for a while," Fisher said. "That was hard. For forty years I danced; that was my life and my livelihood. It could have been so much worse, but my natural impatience made me a little crazy. I'm so grateful to the doctors and nurses, and Kevin needs to be beatified. And the local dance community came together and sent us meals for a month. People I had never even worked with stepped up and took care of us. It was just extraordinary."

Now, as the Mark Foehringer company prepares to bring Nutcracker Sweets — their kid-friendly, 50-minute retelling of the holiday classic — back to the stage for live in-person performances, Fisher is ready and excited to pass the Drosselmeyer torch on to a new dancer, saying, "I'm the only person who's ever danced that role. I'm excited to see what Carlos [Venturo] brings to the character. I don't want him to imitate me, I want to see who his Drosselmeyer is going to be."

About Nutcracker Sweets, Fisher says, "It's really special because it is truly made for younger audiences. There is wonderful live music by an orchestra, and at the Cowell Theater you can be so close to your audience, you really see and feel what they are experiencing. They talk to us on stage! Every year, I can hear a little boy or girl say, 'Is he really dead?' and I just want to say, 'No, just wait a minute, he's coming back to life!' They're just so sweet and earnest."

Mark Foehringer's Nutcracker Sweets, December 4-19, at the Cowell Theater at Fort Mason Center, 2 Marina Blvd. $23-$45. (415) 345-7575 www.nutcrackersweets.org (All attendees must wear a mask and provide proof of COVID-19 vaccination or a negative test within 72 hours prior to the performance.)