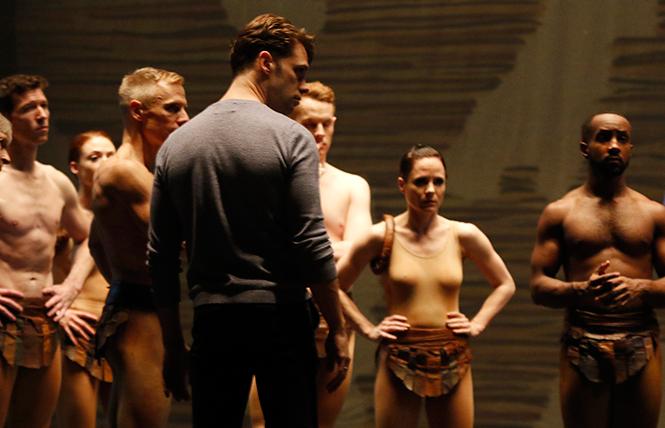 For over 30 years, the New York City-based Paul Taylor Dance Company has made San Francisco its de facto second home, returning to perform for their loyal Bay Area fans no less than 16 times. But when they take the stage at Yerba Buena Center for the Arts this week, it will be the first time they do so without their namesake founder watching from the wings. The legendary Paul Taylor, who "brought lyrical musicality, capacity for joy and wide poetic imagination to modern dance over six decades as one of its greatest choreographers" (The New York Times), died at age 88 on Aug. 29, 2018.

Just three months before his death, Taylor, who for years refused to name a successor, surprised the dance world by naming Michael Novak, a company dancer for just eight years, as Artistic Director-Designate. According to Novak, Taylor called him in for a meeting and simply said, "I have been thinking for a long time, and I have decided that you're going to be the one to take over the company once I buzz off." Novak said, "I don't think 'shocked' even begins to describe the feeling." 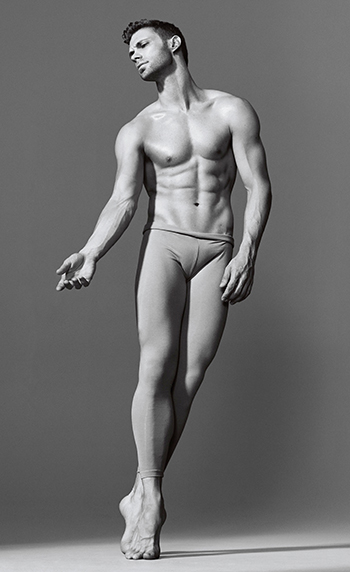 Upon his appointment, Novak, then 35, thought out a plan for the upcoming year. He said, "Paul was very explicit that he wanted me to keep dancing during the transition, and frankly, I didn't know how I was going to do both. But I was willing to put my trust in him, because he is the master. I was certainly hoping for as much as time as possible to learn from him. But the window we had together was shorter than most of us anticipated."

When Taylor passed away, Novak took six months off from performing to help manage the transition. He said, "Paul wanted me to keep dancing, but running a foundation of our size takes a considerable amount of energy and effort. Doing that while maintaining the physical and technical integrity of my dancing was way too much. So my decision to retire came from a place of knowing that it had to happen, but also respecting Paul's wish. I think I was able to accomplish that."

Indeed, just this past November, Novak made his final appearance with the company, to rave reviews. Following his performance at Lincoln Center, dance blogger Mary Cargill said, "New Artistic Director Michael Novak received a shower of flowers and a rousing ovation, as the audience seemed to unite in thanking him and the company."

Growing up in suburban Chicago, Novak developed an interest in jazz, tap and hip-hop in his adolescence. He attended the University of the Arts in Philadelphia before receiving an apprenticeship to the Pennsylvania Academy of Ballet. But without a physical foundation to support such intensive ballet training, Novak developed shin splints, which progressed to agonizing stress fractures.

As his hopes of becoming a professional dancer began to waver, he enrolled in Columbia University, where he received his B.A. His passion for dance was rekindled through his collegiate dance program. After graduation, as he made the audition rounds in pursuit of dance gigs, he waited on tables, worked for the New York State Council on the Arts, and served as an executive assistant.

After a few years and hundreds of auditions, including an unsuccessful bid for a spot in the Taylor company, Novak was frustrated and ready to leave New York. He booked a flight for Los Angeles, where he hoped to pursue commercial opportunities. But before he left, he auditioned for the Taylor company one more time. He said, "In my mind, this was my last shot. Either I was going to get in, or I was leaving New York." Much to his delight, at age 27, he was invited to join the company.

Now leader of that company, he said, "All those skill sets that I learned in all those jobs are coming together. Even my experience waiting tables taught me so much about how to manage teams, to engage with all kinds of people, and to help create a wonderful experience for them. I can guide younger dancers who are struggling. I can tell them, 'Hey, you might not get your dream job until you're 27. You might have a different career path.'"

Unlike Paul Taylor, who was well known to be gay but never publicly talked about it, Novak is openly gay and is married to Broadway choreographer Josh Prince, whose credits include "Shrek the Musical" and "Beautiful: The Carole King Musical." When asked about how his sexuality influences his view of the world, and how it may impact the direction of the company, he said, "If I look back and consider how my sexual identity informed where I am today, one word comes to mind: empathy. As a gay teenager I directly experienced how others and myself wrestled with our sexual and gender identities, and how our culture responded to, or ignored our needs. It made me learn that you can never truly know someone's internal story or journey. Sometimes the ability to listen to someone is the greatest gift you can give them.

"I think that's why I fell in love with watching dance, Paul's works in particular. The emotional range on any given evening seemed to tap into so many facets of who I was as a person, and how beautiful, tragic, exciting and complex our humanity is."