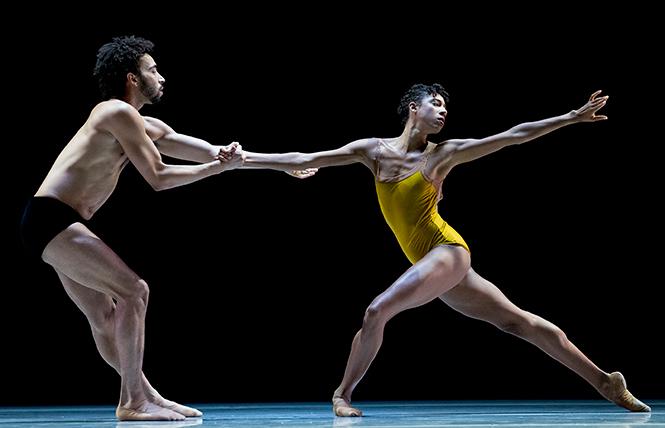 Alonzo King LINES Ballet's fall program at Yerba Buena Center for the Arts featured two brand new works: "The Personal Element," which premiered at the Vail Dance Festival in August, and the world premiere of "Azoth." King recently commented in a New York Times article that he is attracted to collaborations that are "tricky or potentially perilous." Indeed this program underscored just how fearless King, his collaborators, and his dancers can be.

The creative team King assembled for this program was nothing short of dazzling, with music composed and performed live by MacArthur-winning pianist-multimedia artist Jason Moran and iconic saxophonist Charles Lloyd. Not familiar with these names? Here's a primer. Moran, Artistic Director for Jazz at the Kennedy Center, composed the score to the Academy Award-winning film "Selma," and recently opened his solo exhibition at New York's Whitney Museum to rave reviews. At age 81, Lloyd has collaborated and performed with an astonishing array of artists, from B.B. King to the Beach Boys, Bobby McFerrin to Dmitri Shostakovich. Lloyd's band was the first jazz group ever to play the Fillmore. 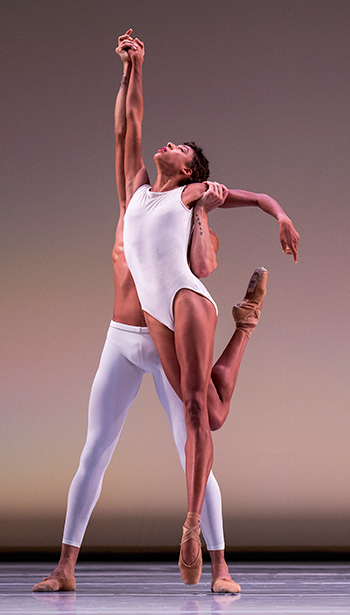 Then, of course, there's King himself, who has choreographed hundreds of works for dance companies around the world, and whose singular vision has guided SF's beloved LINES Ballet since its founding in 1982.

As the curtain rose on "The Personal Element," the technical prowess of King's company was clear. The luminous women rise onto pointe with fierce authority, moving their arms with energy, isolating a rib, flexing a foot, snapping a shoulder into a flirty pose, effortlessly stretching their legs to the sky and contorting their bodies into an endless array of shapes. But then a dancer will stop and execute a picture-perfect arabesque, holding it just long enough to remind us: these are classically trained dancers of the highest order.

The men of LINES are equally as skilled, boundlessly leaping across the stage and lifting their partners high into the air with such effortlessness that an untrained eye might not realize the exceptional athleticism required to perform at this level. Yet King's dancers are unambiguously sensual, particularly in "Azoth." Moran and Lloyd, who play their instruments only a few feet away from the dancers, seem to be engaged in a deeply intimate conversation with the performers. The dancers don't listen and react to the music, they are the music.

Likewise, Campbell's glistening digital panels aren't just set decoration, they are key elements in a highly integrated production, bathing the dancers in light and color, and constantly reshaping the stage into areas that suggest tightly locked cages or the wide expanse of a football stadium.

LINES is truly an ensemble company, King doesn't often showcase one dancer, but the centerpiece of "Azoth" is an extended solo by Robb Beresford. He is first a rebel, brutally pushing and breaking away from his tribe, only to run back into their warm embrace in an emotional tug-of-war. Eventually he walks offstage, alone, Moran's mournful score hinting at the ultimate defeat.

But this program was absolutely a triumph, playing to packed houses and earning nightly standing ovations. Mark your calendar for LINES' spring programs, as well as a screening of the film "Selma" at SFJAZZ, with live accompaniment by Jason Moran.