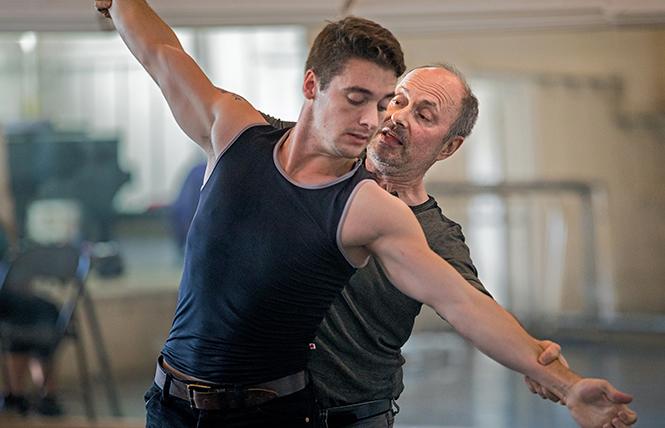 Before Smuin Contemporary Ballet moves into its new home on Potrero Hill in the coming months, they're making a lot of noise in their rented studio space on Market Street. With temperatures in the 90s, the un-air-conditioned studio is stiflingly hot. The surprising sound rattling the walls is the rhythmic thud of ballet dancers in cowboy boots, kicking and forcefully pounding their aching feet into the floor.

But the dancers don't notice the pain, heat or noise. They are "in the zone," soaking up every bit of guidance given to them by choreographer James Kudelka, who is putting the final touches on his ballet "The Man in Black," the top-billed work on Smuin's first program of the season. Set to the music of Johnny Cash (covers of The Beatles, Nine Inch Nails, Gordon Lightfoot and others), "The Man in Black" is a highly stylized, sculptural blend of Country-Western and classical dance idioms.

Hailed as "the most imaginative voice to come out of ballet in the last decade" (The New York Times), Kudelka has been openly gay throughout his career. His more-than-70 ballets have been staged by companies around the world, including American Ballet Theatre, Joffrey and San Francisco Ballet. Well-known to be uncomfortable with interviews, Kudelka answered questions about his life and work via email.

Philip Mayard: Tell me about growing up in Newmarket, Canada. Was there cultural life?

James Kudelka: I grew up on a dairy farm. We were six children plus parents and my father's parents in the house, when they were released from Bergen-Belsen after WWII. We last four children [born in the 1950s] were taken to Toronto pretty consistently to theatre, dance and art galleries. I was fortunate to have been exposed to the thrill of the theatre and stimulating conversations on the drive home. This is very different from loading classes of kids on a school bus and having them see "Cats." 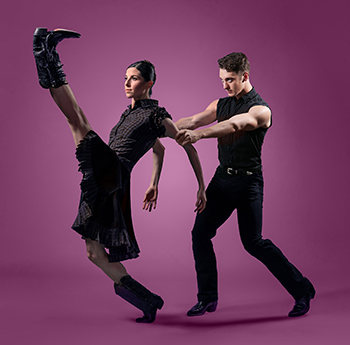 How did you become interested in dance? Were you ever bullied?

My mother put me into dance classes because it was easier to leave me there with my elder sister. I was taken to my first ballet, "Swan Lake," when I was six. But I don't think it was a magical moment. I was just doing what everyone else was doing in the family.

I was not made fun of for studying ballet. It all just seemed foreign to everyone. I must have shown some kind of ability; the local ballet teacher suggested that I study where there might be some other boys. So at age seven I started taking classes at the National Ballet School in Toronto. (By the way, there were no other boys.) I entered the full-time School, which was residential, when I was 10 in 1965. I was in fact the first boy to enter the School at that age. I joined the National Ballet of Canada in 1972.

Has being out ever presented professional challenges?

In "Monument for a Dead Boy" in the 1970s, I had the lead role. It was about a gay kid. I remember doing an interview for a gay publication, but I didn't use my real name. The writer chastised me for not choreographing ballets that reflected my real world.

I was the guy in New York in the 70s who, rather than go to Studio 54 — we could get in if we told them we were with Nureyev — instead bought a sandwich and went back to the hotel to watch "Mary Hartman, Mary Hartman." I was too young and too scared of the world.

Some years later I made a dance called "15 Heterosexual Duets," which was, in fact, just that. But it was an important piece for me because for the first time I actually sort of outed myself as an observer of heterosexuality and not a participant. I did get push-back for that title. But I persevered. Basically, all my work is about what it is like being gay. Although my characters and dancers are not necessarily all gay, there is an undeniable sensibility.

Tell me about "The Man in Black." Are you a Johnny Cash fan?

Cash was suggested because the program [at BalletMet in Columbus] was "The American Songbook." I had seen "Walk the Line," and Joaquin Phoenix was so hot. I didn't want to do a piece about prison songs. I was told about all the covers Cash had done late in his life, and that was intriguing and somehow once-removed from what one expects from him. "The Man in Black" is a celebration of masculinity. I didn't set out to make it that, but it is what it became. I don't think that it is pornographic. But it is sensual and maybe even erotic.

How do you think Michael Smuin (the late founder of Smuin Contemporary Ballet) would have felt about "The Man in Black?"

[Smuin was] a true man of the theatre. He was very comfortable meeting the audience on its own level. I always strived to give the audience what it didn't know it wanted. I have no idea what he would make of "The Man in Black." He might have thought I just got lucky with this one. I certainly feel that way.