Bring on the Fall Arts! 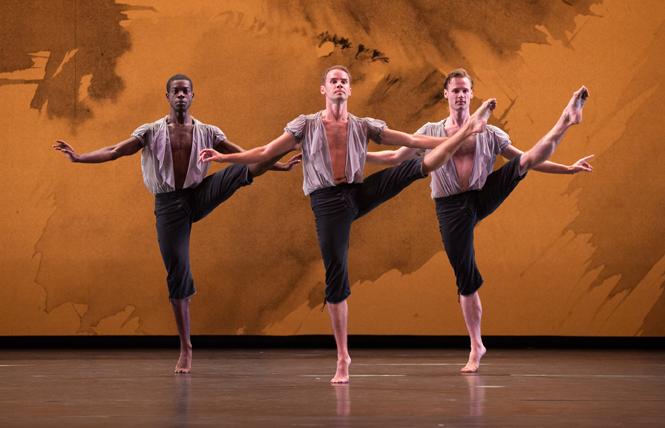 This week begins our modest effort to offer a Fall Preview in the Arts & Culture pages. In this issue find previews of the fall season in Bay Area art museums, at the San Francisco Symphony, in Film, TV, Poetry and Prose. Next week, we continue with preview pieces on Art Galleries, more Film and Theatre, Pop Music and the San Francisco Opera. In these, our own dedicated column inches, we offer a few highlights that might not appear in those categories.

To launch its 2019-20 season, Cal Performances at UC Berkeley welcomes back longtime collaborator the Mark Morris Dance Group for reprise performances of an audience favorite, Morris' "Mozart Dances" on Fri., Sept. 20, 8 p.m.; Sat., Sept. 21, 2 & 8 p.m.; and Sun., Sept. 22, 3 p.m. in Zellerbach Hall. Pianist Inon Barnatan will serve as soloist in performances of Mozart piano concerti with the Berkeley Symphony conducted by MMDG music director Colin Fowler. "Mozart Dances" was last performed by the company in 2016, and CalPerf will be the exclusive presenter of the work in 2019-20.

Cuchi, cuchi! The inimitable Charo will be coming to San Francisco for a one-night engagement at the Herbst Theatre on Fri., Sept. 20. The music and pop culture icon, queen of kitsch and serious virtuoso Flamenco guitar player returns to town for the first time in over 10 years. Tickets at www.cityboxoffice.com/Charo.

AXIS Dance Company is tackling the subject of homelessness head-on in their home season this year, in a piece called "Alice in Californiland" created by gay UK choreographer Arthur Pita. When his "Bjork Ballet" was recently danced by San Francisco Ballet, Pita came to SF and was astonished to find how many homeless are living in this wealthy city. AXIS press materials call the dance "a voyage into a Lewis Carroll-like, upside-down world of being present but ignored by society, what it's like to both exist yet try to resist the surreal realities of being homeless." Completing the triple bill are "Flutter" from Robert Dekkers and a new world premiere from Jennifer Archibald. "Alice in Californiland" is the company's first international commission under the artistic direction of Marc Brew, Oct. 25-27 at Z Space; tickets ($20-$50) at Z Space.org. 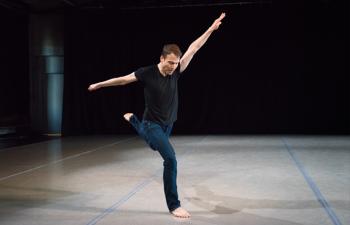 For Litquake, poet and dancer Ian Spencer Bell is dancing two works with poems, "Duet + Marrow," on Oct. 14, 8 p.m. at CounterPulse, 80 Turk St., SF. The New York Times has described Bell's work as "autobiography, written in bodies, physical sentences inseparable from verbal ones so what results is not dance and not poetry but some third medium."

"'Duet' is a 25-minute work about my relationship with a dancer who concealed that he was HIV+," writes Bell in an email. "The piece began as a 200-page work of nonfiction. After many years of writing and rewriting, it's now a five-page poem in couplets that I perform with dancers Joshua Tuason and Gary Champi.

"'Marrow' is a 25-minute work about growing up queer in Virginia. Through solo dance material and 10 confessional poems, I explore my relationship with my mother, abusive stepfather, home, and dancing." $20 tickets are online at litquake.org and ianspencerbell.com.

Critically acclaimed, platinum-selling, global pop star Mika will make a long-awaited return to North America with his "Tiny Love Tiny Tour" this fall. The tour sets the stage for his highly anticipated new album, "My Name Is Michael Holbrook," out Oct. 4. The English recording artist and singer-songwriter was named the #1 predicted breakthrough act of 2007 in an annual BBC poll of music critics. He will be performing at the Fillmore in San Francisco on Sun., Sept. 18.