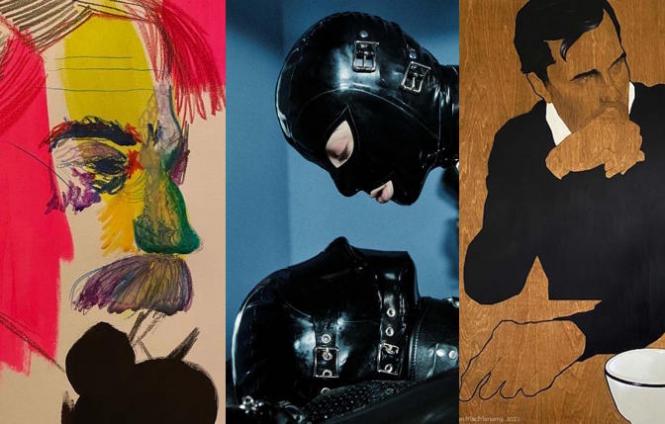 A new art gallery kicks off its opening on October 26 with the work of six different artists. Schlomer Haus Gallery, located in the Castro/Duboce district, hopes to draw art fans from all over.

"The six artists in this group exhibition explore different ways that queer artists subvert the heteronormative gaze," said Schlarb in a press statement. "The queer gaze and queer visibility are conveyed in diverse mediums, through abstract and figurative subject matter, and shared subcultural signifiers, making the unseen seen."

Instead of choosing to open their gallery in one of the more traditional areas —Union Square, for example— they decided to bring their vision to the gayborhood.

"We could have opened the gallery in another neighborhood with an established art scene," explains Schlarb. "But we wanted to create a space in the Castro for the unseen to be seen, and where we can help foster artistic creativity and culture in the Castro."

Schlarb, an award-winning creative director with extensive innovation, creative strategy and product design experience, has lead teams of designers for such clients as Google, Salesforce and Open Table, among others. He is also an artist who has lived in San Francisco since 1992 and the Castro since 2011.

Romer has been a film and video producer in the advertising industry for nearly 20 years, producing for Facebook, Twitter and Xbox. He's lived in San Francisco for 20 years and the Castro for 11 years.

The opening reception is Tuesday, October 26 from 5pm to 9pm, 2128 Market St., just west of Church St. Facemasks are required. Regular gallery hours are Tuesdays—Saturdays from 12pm to 6pm and by appointment. (415) 275-0960.
www.instagram.com/schlomer_haus_gallery